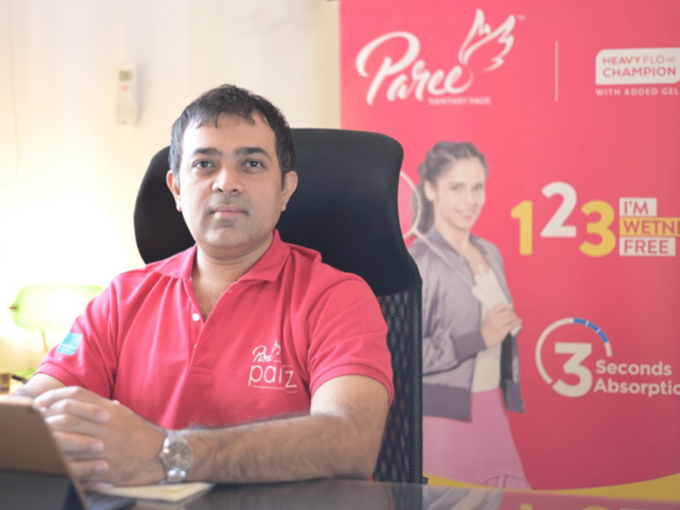 Female and baby hygiene D2C brand Soothe Healthcare has raised INR 130 Cr ($17.5 Mn) in Series C round from A91 Partners. The latest funding round included a secondary transaction where Sixth Sense Ventures sold a portion of its shares to A91.

Founded in 2012 by Sahil Dharia, Soothe Healthcare started out by developing sanitary napkins  products and launched a lineup under its flagship brand Paree. Last year, it entered the diaper category with Super Cute’s, a baby diaper brand. It will be using the funds for marketing activities and deepen its distribution channels for both its product lines.

In the past, the company has raised funds from Symphony International Holdings and Mumbai-based consumer fund Sixth Sense Ventures amongst other backers. Sixth Sense had invested in Soothe through two funds and will continue to hold the shares from its second round of investment in the startup.

In 2015, Indian badminton player Saina Nehwal had invested in Soothe and became the brand ambassador for its products. The startup also supplies sanitary napkins for state and central government programmes under the National Health Mission.

India’s sanitary napkins market already has a number of new-age brands, with the likes of Niine, Nua, Carmesi, PeeBuddy, Pee Safe Heyday and others, besides the brands developed by FMCG giants such as Procter & Gamble (Whisper) and US napkins major Stayfree. Besides napkins, many of the Indian D2C brands including Niine are also developing diapers, while several are also competing with the likes of Mosaic Wellness’ Bodywise, Azah, Mamaearth and others in the broader female or feminine hygiene products market.

The target market for the Indian feminine hygiene D2C brands has grown in recent times from the metros and Tier 1 cities to Tier 2 cities as well. According to a Research and Market report, the hygiene product market in India was valued at INR 32.66 Bn in 2020. It is expected to grow at a CAGR of 16.87% between 2021-25, reaching INR 70.20 Bn by 2025.

Commenting on the funding, Dharia said, “Paree is among a select few offline brands to achieve an INR 100 Cr top line in four years since launch. With this investment from A91, we’re on a solid track to achieve our goal of a significant market share in the next few years.”