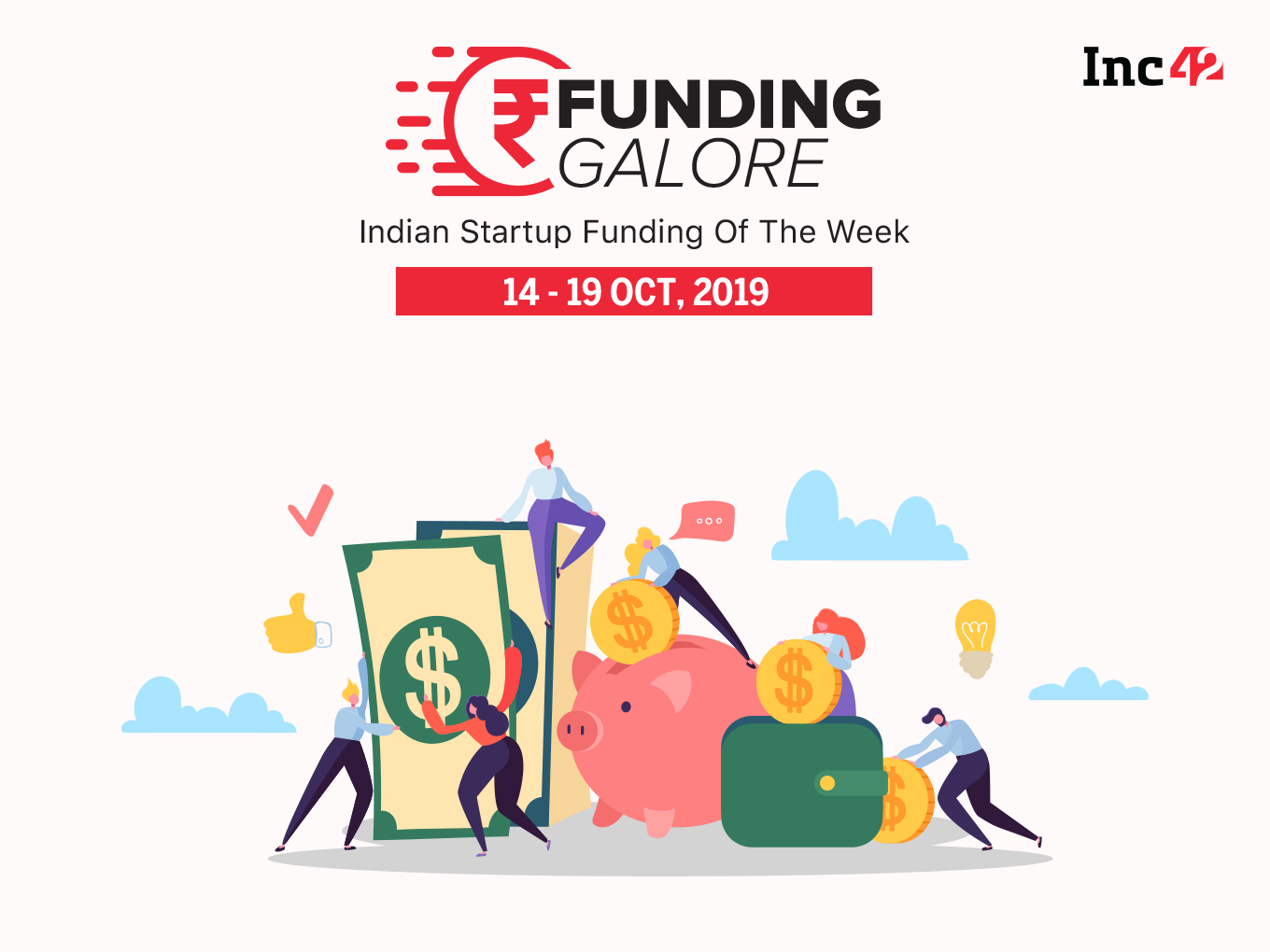 In one of the biggest funding in the Indian startup ecosystem this week, Gurugram-based online used car marketplace Cars24 raised $100 Mn (INR 714 Cr) in Series D equity funding round. The round was led by London-based investment firm Unbound and Toronto-based KCK Global, bringing in $25 Mn each. Other investors included New York-based investment firm Moore Strategic Ventures, Sequoia Capital, DST Global, Partners Fund and the Agnelli Family. The fresh financing will be used to strengthen the footprint of the company in new cities, franchise model, technology and recently announced consumer lending (NBFC) business.

Apart from this, 15 startups raised around $156 Mn funding and two startup acquisition took place in the Indian startup ecosystem. (This funding report is based on startups that disclosed funding amount.)

MyGate: MyGate raised $56 Mn Series B funding from marquee investors, including US-based Tiger Global Management. Other investors who participated in the round were JS Capital LLC, China’s Tencent Holdings and MyGate’s former investor Prime Venture Partners. The company will use this investment towards building our product and tech teams, marketing initiatives and business development so as to expand our reach to 15 Mn homes across 40 cities in the next 15-18 months.”

CleverTap: Mumbai-based CleverTap raised a $35 Mn Series C funding round from existing investors Sequoia Capital and Tiger Global at a valuation of $385 Mn. The startup will use the funds to build out its new US-based engineering hub, besides adding “enhanced predictive capabilities” with expansion into other markets with specific go-to-market strategies for each. Global expansion and product development will be primary areas of emphasis, and the company will be hiring across engineering, sales, and marketing in its US, Latin America, Europe, and Asia operations.

Remedico: Remedico raised an investment of $500K from Venture Catalysts. Vida Ventures, and a clutch of angel investors including Anshumani Ruddra (VP of product at Hotstar, and Rohini Pandhi (startup advisor and angel investor) also participated. Founded in 2017, Remedico is an end-to-end mobile healthcare company, allowing young people to solve their dermatological problems as they move through adolescence to early adulthood.

White Owl: Homegrown beer manufacturer and seller, White Owl Brewery, raised $5.6 Mn (INR 40 Cr) in the second round of funding from its existing investor IIFL India Private Equity Fund. With the increasing popularity of craft beer in India, the beer brand plans to expand its customer base in the country. The company plans to use the fund to widen its product portfolio and introduce unique formats of beer in the market.

RupeeRedee: Gurugram-based lending startup RupeeRedee raised $6 Mn funding from its parent company Digital Finance International (DFI). With this funding, RupeeRedee plans to expand its team and lending operations. The company also plans on improving its technology, along with other backend processes to evaluate the lendees in a more effective way to avoid bad loans. RupeeRedee is also looking to expand its services by partnering up with digital and point of sale lending.

Bewakoof: Thane-headquartered online retailer Bewakoof raised INR 80 Cr ($11.28 Mn) in a funding round led by Bahrain’s alternative asset manager Investcorp. Investcorp provided nearly 90% of funding and would hold around 14% stake in Bewakoof with a seat on the board. The company’s first focus will be to further strengthen its platform and capture consumer data to improve their experience on the website by using machine learning.

Mall91: Noida-headquartered social commerce platform Mall91 raised $7.5 Mn in a Series A funding round. The investment has been led by Go-Ventures with participation from Beenext, Kalaari Capital, and AngelList India. Mall91 aims to leverage these funds to drive business growth and augment its product development and roadmap execution. The company aims to solidify its presence as the one-stop-shop for the next 400 Mn internet users in India. It is also eyeing international expansion opportunities.

Super Smelly: Delhi-based toxin-free personal care products startup, Super Smelly raised an undisclosed amount within first seven months of their operations in its angel round of funding. The round was led by Singapore-based Lyte Investment Bank along with other angels. The startup will utilise the capital raised for marketing, research and product testing to further expand the product portfolio.

LegalKart: Gurugram-based legal tech startup Legalkart raised seed funding of $492K (INR 3.5 Cr) from a group of angel investors The company will touch $450,000 in revenue this year and are witnessing a 20% growth rate on a MoM basis. The angels who have invested in their personal capacity include Pranay Jivrajaka (CEO-FoodPanda), Mitesh Shah (Head of Finance-BookMyShow), Sundeep Sahni (CCO-Rocket Internet), Pallav Singh (Ex-COO, OlaCabs), Sudarshan Gangrade (CEO-Lo! Foods) and other individual HNIs from Microsoft, Cognizant, Tata Motors, METRO Cash & Carry India & Oracle who are based in USA, UK, Japan & UAE. With the objective of aggressively ramping up its platform, the company aims to expand its presence across 1000 cities with 25,000 lawyers by the end of 2020 from the current 100 cities and 2,500 lawyers.

Bare Anatomy: Personalised haircare brand Bare Anatomy secures its seed funding of $500K from Sauce, a consumer-centric venture capital fund. With this strategic partnership and a robust outlook, the personalised data-driven haircare startup will now augment its state-of-the-art R&D labs, strengthen marketing and technology. Sauce is devoted to joining hands with brands that possess the potential to disrupt the industry. The venture capital has previously partnered with startups across various spaces like F&B, personal care, apparel/lifestyle.

UrbanPiper: Bengaluru-based software-as-a-service platform UrbanPiper raised $7.5 Mn in a Series A funding round. The investment has been led by New York-based hedge fund Tiger Global and venture capital firm, Sequoia India. The company said it will use the funds to scale the team, the product suite as well as for international expansion.

WEGoT: WEGoT raised $2 Mn in a seed funding round. The round has been led by GoFrugal, Shyam Shekar from iThought, and Brigade Enterprises. Other investors in the round include Vibhu Natarajan, director at Grotech Landscapes; Rajagopal S from Entrust, Joydeep Ponugoti from Manbhum Constructions and Promod Kumar, who are industry experts in the real estate technology and consumer industries. Haridass said that the fresh funds will be used to strengthen its product portfolio as well as scale its presence in India. The company also plans to double its employee base in the next six-months across R&D and Sales and Marketing.