Blu Smart is expanding its services to include car subscriptions, shared charging infra 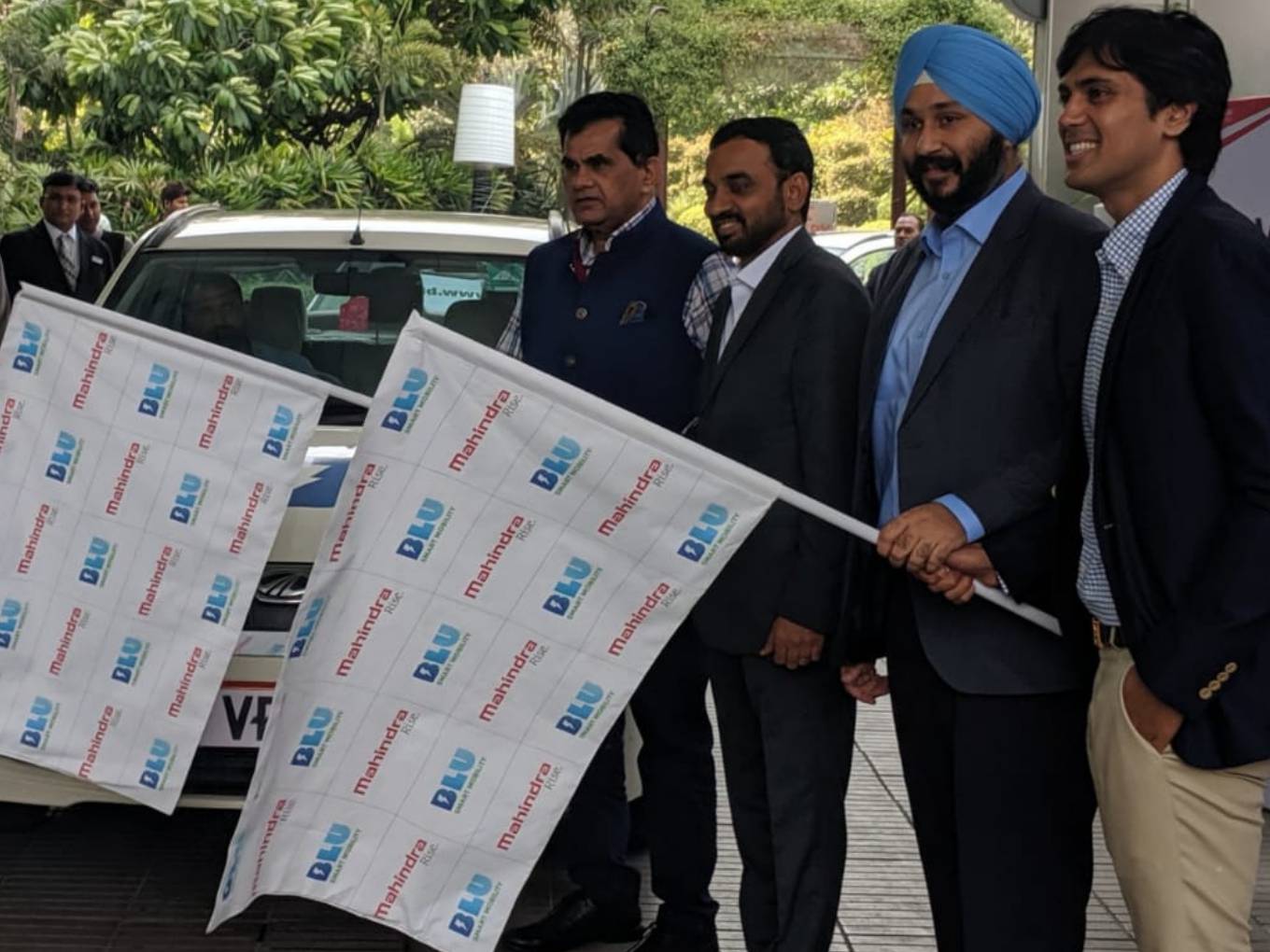 This World Environment Day, there’s a special emphasis on tackling air pollution as seen by the National Clean Air Programme, which was released earlier this year. Electric vehicles are a big part of this plan. But EVs haven’t been adopted in as great numbers as the government or companies might have hoped. Looking to change that is Blu Smart, which is expanding its electric ride-hailing offering to include EV car subscriptions.

Cofounded by Anmol Jaggi and Punit K Goyal, Blu Smart was initially launched in January 2019. The Delhi-based company’s new plans include subscription-based car rentals, ride sharing on both electric cars and bikes, and shared electric vehicle (EV) charging infrastructure across Delhi NCR region. Along with these expansion plans, the company is now also launching a new android application which is expected to be out by June 18.

The EV ride hailing startup has partnered with Mahindra Electric to onboard 70 Mahindra eVerito premium sedans in its cab fleet. It plans to add up to 500 Mahindra eVeritos by April 2020 and also expand to other densely populated cities such as Mumbai and Pune.

Niti Aayog CEO Amitabh Kant, who was the chief guest at Blu and Mahindra’s event, stressed on the need for more Make in India initiatives such as Mahindra and Blu Smart partnerships. “India will see more innovations in the EV industry in the next five years, than what it has seen in the past five decades,” he said.

The current EVs used by Blu have a range of about 180 Kms and it takes about 1 hour 30 mins to charge the battery till 80%. Deployed cars are using lithium-ion batteries of 18.55 KwH and can reach a top speed of 80 Km per hour. Goyal also shared plans to soon launch long-distance intercity all-electric rides.

The company will also enable shared cab rides, similar to what Ola and Uber have done with OlaShare and UberPool. Talking about Blu Smart’s advantage over the existing on-demand cab hailing startups, Goyal said, “Our service will not have surge pricing and also Blu Smart cabs will be placed strategically so that they reach the user in 5-10 minutes and hence mitigate the two biggest customer pain points of long waiting times and costly price structure on the existing ride hailing platforms.”

Another differentiator between the Blu Smart model and existing ride hailing companies is that the Blu Smart’s cab fleet is owned by the company as compared to drivers owned cars in Ola and Uber’s fleet. Also a company driver confirmed that Blu Smart hires the drivers on a company payroll and thus number of rides taken and incentives do not have an effect on the driver’s earnings. Driver dissatisfaction with pay and incentives models has been a constant problem for the existing ride-hailing companies.

On top of these cab hailing services, Blu Smart also plans to include ride hailing on two-wheeler EVs soon. Goyal also mentioned plans to partner with Zomato to deploy these ebikes in company’s food delivery fleet.

The company claimed that in one year, it has the potential to save over 2.2K metric tons of CO2 emissions in the National Capital Region. Cofounder Jaggi noted that the EVs used by Blu Smart run on just 20% of the operational cost of a traditional petrol-fueled car.

Earlier this year, Indian ride-hailing major Ola has also partnered with South Korean automobile company Hyundai to deploy electric cars in its cab fleet. Ola-Hyundai electric cars were recently reported to be ready by 2021. Ratan Tata along with marquee venture capital firms such as Tiger Global and Matrix Partners had invested in the Series A of Ola Electric, an independent entity setup by the ride hailing startup. Also, Mahindra has partnered with Uber earlier last month to deploy electric cars in its Hyderabad fleet.

Blu Smart’s new service for car subscriptions puts it head-on against competition such as Drivezy, and Zoomcar. Just last month, Ola was also reported to be planning subscription for luxury car rentals.

With the continuous push from the government to ensure 30% electric mobility in India by 2030, both local and foreign companies are making their way into this opportunity. Recently, Indian automobile major Hero Electric had announced plans to expand its EV dealerships. While, Maruti Suzuki has been testing a small size electric car. Also, South Korean Hyundai has announced a new SUV electric car to be launched by July. International companies such as UK-based electric bike company and lifestyle brand GoZero Mobility had also announced plans to enter India.