Ola officials are currently negotiating with the drivers

Vexed by the heavy charges by Ola as part of their lease agreements, and other grievances related to Ola’s policies, over 150 Ola drivers are protesting outside Ola’s S R Layout, Murgeshpallya office. The drivers are carrying boards and shouting slogans, Inc42’s reporter at the scene said.

The grievances also include the behaviour of Ola executives with partner drivers, differential pricing and blacklisting of drivers based on user inputs. 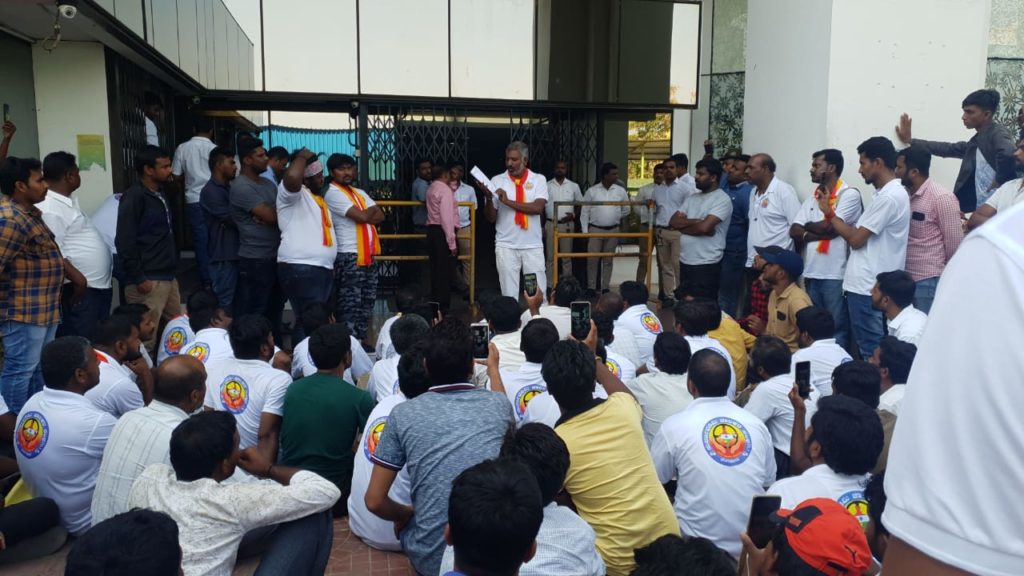 Talking to Inc42, one of the drivers protesting outside the office said, “We have to pay INR 1,000 every day for leased car. We see the demand in the area while booking, in summer, there are fewer bookings. With respect to that, 3 point AC doesn’t help and we face losses. We work 18 hours, and earn INR 3,000 out of which we pay INR 1,100 to Ola. We have to pay INR 1,000 for diesel, and then more for commission and at the end we are left with INR 300. From last 4 months, we gave notice to Ola and also asked for standard rates.”

The people at the protest also said that cab drivers who have taken cars on lease from Ola have alleged that the company has not transferred ownership of the cars even after the drivers had completed three years of the lease. Few of Ola staff members are handling the crowd and trying to get their list of demands to be addressed.

Ola originally started its cab leasing programme in September 2015, as part of an initiative aimed at allowing its drivers to borrow taxis at cheaper interest rates. To avail the facility, partner drivers are required to make an initial deposit as well as monthly instalments for a period ranging from three to five years.

Demands Of The Drivers

In an 11-page letter, dated, 7th February, the Suvarna Bhoomi Chalakara Sangha had submitted their demands and grievances to Ola. The demands include — identifying leased Ola operators to be considered Ola Partners — who shall log in for 12-14 hours for an operator bill of INR 3,500.

Some of their demands included:

The association has given company 15 days to respond or it has threatened legal action against the company.

The earlier version of the story had mentioned 25-30 drivers, it has been updated to reflect the growing number of protesting drivers in front of Ola’s office.