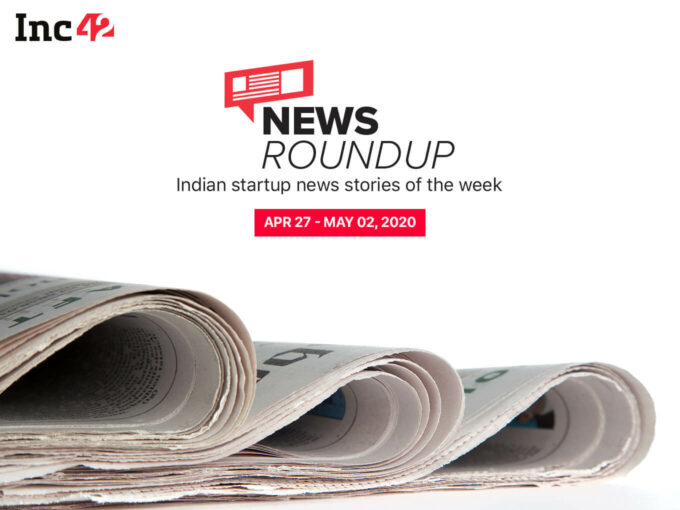 We are now moving into phase 3 of the lockdown extending the duration by another two weeks from May 4 till May 18. While there is a complete prohibition on travel and public gatherings, rules have been relaxed for certain cases.

The relaxations depend on the zone the region falls in. Among the classifications of red, orange and green, the first i.e. red zones have the highest restrictions and the green ones have the least. Ecommerce platforms will be able to sell non-essential items in orange and green zones, while Ola and Uber have also been allowed to operate here with a few restrictions. However, ecommerce activity in Red Zones will be limited to essential goods only.

With the lockdown extended the burden of economic revival has further increased on the government. PM Narendra Modi held a meeting with ministers on Thursday on lockdown exit strategy as well as the plans to boost the economy.

The Prime Minister’s Office said that the meeting discussed strategies to attract more foreign investments into India as well as to promote local investments in order to boost the economy against the backdrop of the Covid-19 pandemic.”

At the same time, cybersecurity firms Cyfirma and Malwarebytes Labs highlighted incoming threats and attacks on India’s Covid-19 data. The firms have cautioned the government about state-sponsored hackers from neighbouring countries like Pakistan. 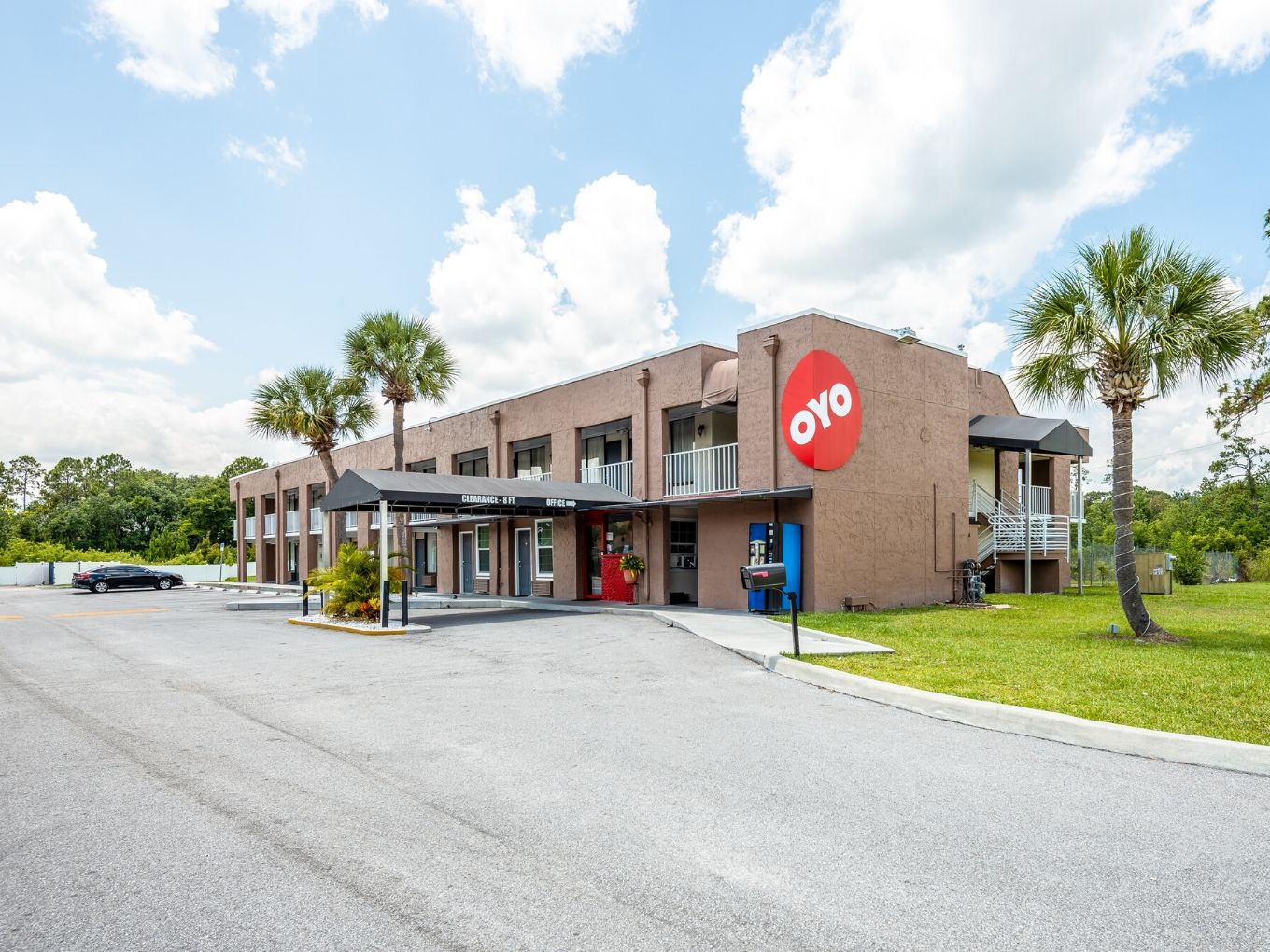 OYO is planning to offload several properties across the world. The priority for the company would reportedly be its businesses and investment in India, Southeast Asia, Europe, China and the United States while sustaining a presence in places like Japan, Brazil, Mexico and the Middle East.

The company is also under the scanner of multiple state governments in the US for signing franchise agreements with hotel owners. The franchise contracts have been deemed illegitimate for not having received due approval in three states — California, Maryland and Washington.

OYO said that it would be resubmitting its contracts for these three states in the next few weeks and that the impacted states only account for 6% of its US footprint.

Ola has launched a new service Ola Pro to help people who need a super-sanitised rideshare option for travel during the coronavirus (Covid-19) pandemic. The Ola Pro trial has started in Sydney, Australia, with a fleet of special cars fitted out with features like plastic barriers. It is available for people seeking extra assurance, such as those working with at-risk community members.

Online trucking platform BlackBuck announced various measures under its ‘Move India’ initiative including waive off of commission and trip insurance for drivers to encourage them to resume operations.

It will enable over 5 Lakh fleet owners, with over 10 Lakh trucks, to discover demand, get access to services including FASTag, GPS and Fuel Cards and earn more. It will also provide INR 50 Cr COVID-19 relief fund and trip insurance for driver-partners. 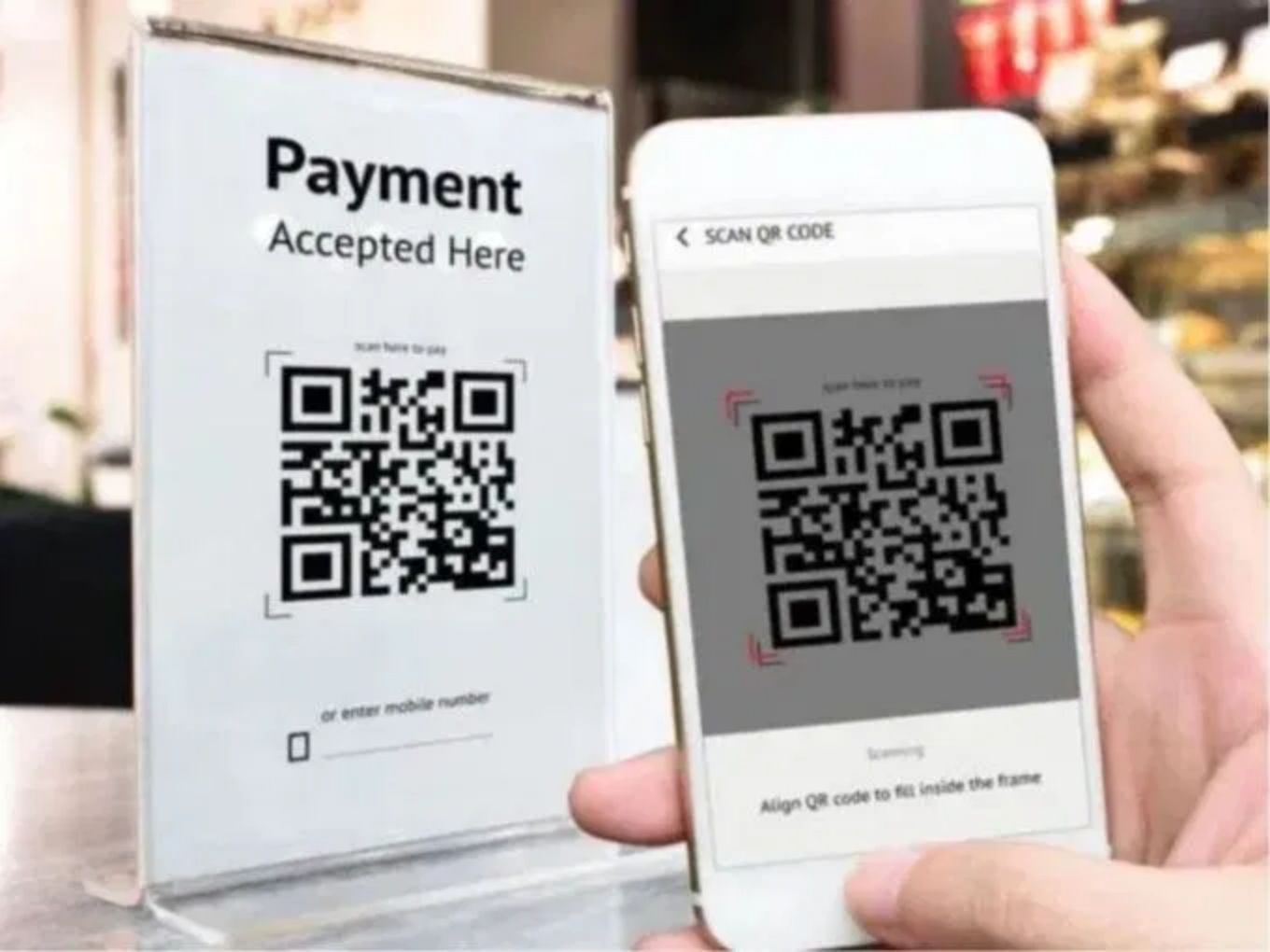 As the number of Covid-19 cases rise, its impact on unified payments interface (UPI) has been severe. UPI transactions declined for the first time this March. The number of transactions fell to 990 Mn transactions in April, against 1.25 Bn in the previous month.

The fall comes amid NPCI’s plan of imposing a 33% cap on unified payments interface (UPI) payments applications, which is yet to see fruition. The decision, originally slated for April 2020, seems to have missed its date as NPCI has not released any notification in this regard. The move was aimed at checking the dominance of players such as PhonePe and Google Pay.

Facebook has now expressed interest in the lending market. WhatsApp Payments is currently awaiting approval from the NPCI for a full rollout in the Indian market. As per the ministry of corporate affairs filing, WhatsApp Payments has listed credit as one of its business plans for India.

WhatsApp had earlier claimed that it would be ready to comply with all the data sharing and storage regulations as demanded by India’s financial regulators by May and will roll out its payments services India wide.

The Reserve Bank of India (RBI) has given the green signal for Visa, Mastercard and the National Corporation of India (NPCI) to allow tap-and-go functionality on card payments at retail stores and shopping centres. This will allow customers to pay without swiping their card, even for purchases above INR 2K. 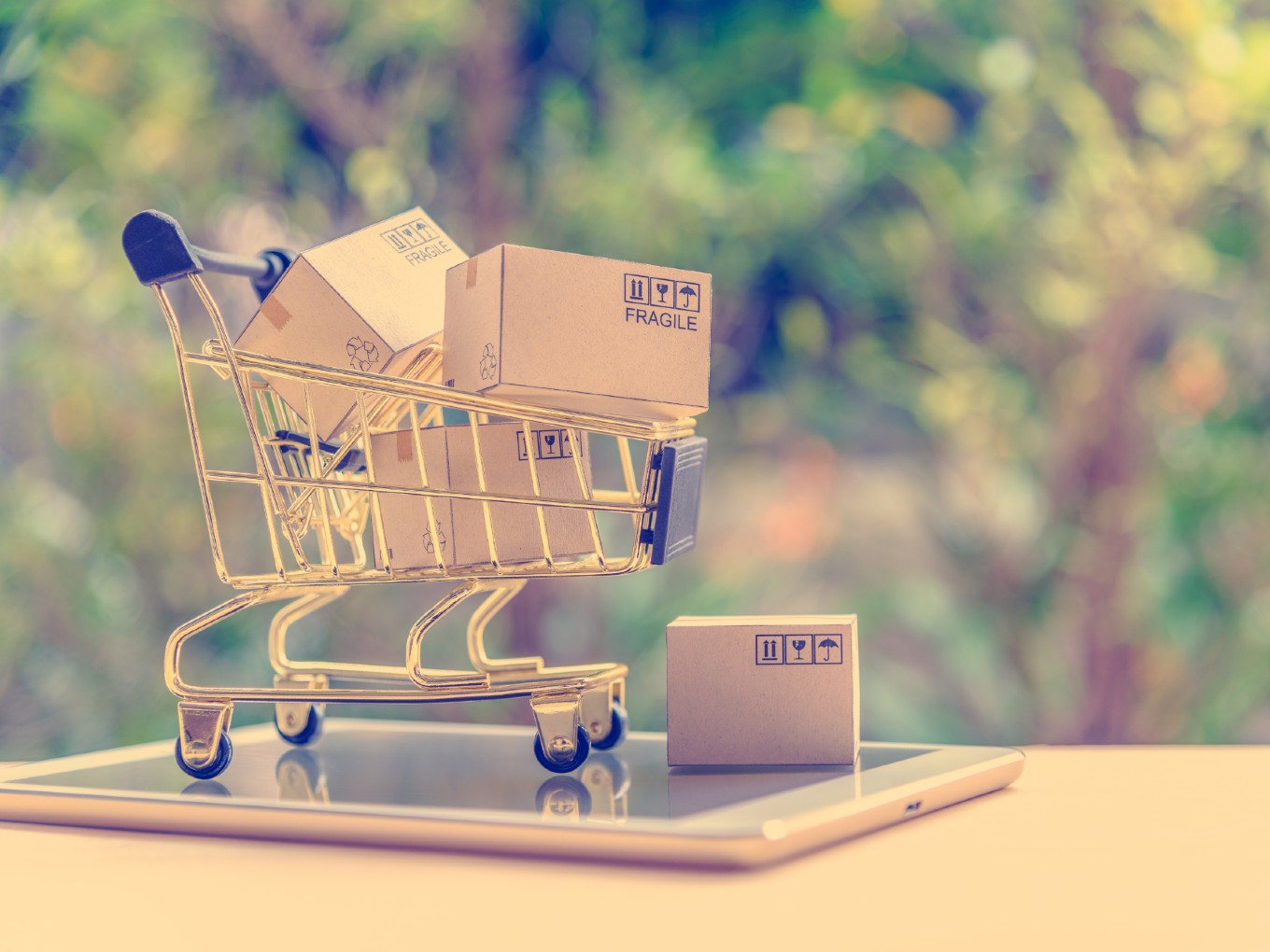 The government has decided to work with nearly 2,000 Common Service Centres (CSC) to ensure the free flow of essential goods amid lockdown in rural areas. Customers can now go online and order supplies through an ecommerce marketplace that has been provided to village-level entrepreneurs (VLEs) or those given the charge of retail and other CSC activities.

Now that the Facebook-Jio deal is done, JioMart made a grand debut on WhatsApp with a live pilot in Thane, Kalyan and Navi Mumbai. Users can place orders through a WhatsApp number and get them delivered to their doorsteps.

Meanwhile, a Credit Suisse report claimed that Reliance Industries is set to see multiple benefits through its deal with Facebook, but these would take time to accrue. The report noted that while Facebook gets the majority of revenues from advertisements, it is also venturing into ecommerce with Facebook Marketplace, Instagram Checkout, WhatsApp Business accounts, Meesho investment among others.

“Incrementally, the focus is to complete the ecommerce transaction on the Facebook platform, and therefore it is possible that at certain stage JioMart may be available as a mini-app (similar to WeChat),” the Credit Suisse report revealed.

The Confederation of All India Traders (CAIT) announced the launch of a national ecommerce marketplace ‘bharatemarket’ specifically for retail traders. The marketplace will integrate capabilities of various technology companies to provide end to end services in the logistics and supply chains from manufacturers to end consumers including home deliveries.

The initiative has been launched with support from the Department for Promotion of Industry and Internal Trade (DPIIT) and aims to bring 95% of retail trade of India on the ecommerce platform. 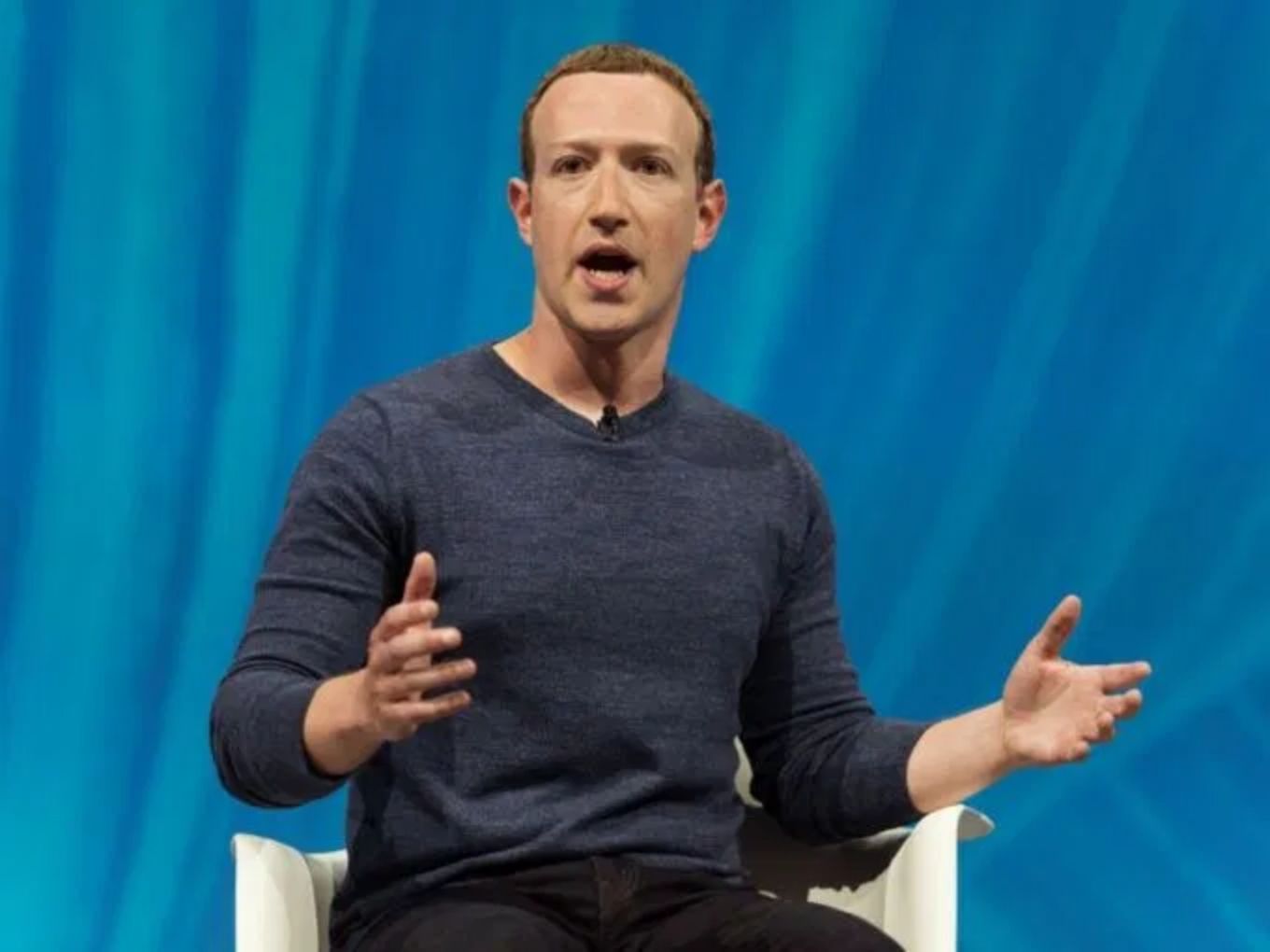 Facebook said that the advertising revenues for the quarter ending March 31, 2020, dropped significantly as the company reels from the impact of Covid-19.

The company does not have high hopes from advertising revenues for the immediate future. Facebook also said that its strong balance sheet proved to be an important asset this quarter, enabling the company to commit to a long-term growth priority in India.

Amazon, Snapdeal and four Indian shopping complexes, have been listed in the US Trade Representative (USTR) office’s ‘Notorious Market’ report for facilitating counterfeiting and piracy. Amazon was also red-flagged for its services in Canada, France, Germany and the UK for facilitating intellectual-property violations by allowing the sales of counterfeit products.

US authorities have urged the government to reconsider many clauses in its current draft ecommerce policy that heavily sides Indian companies. The US has also cautioned the Indian government against the implications of any digital tax or equalisation levy imposed on tech giants.

US authorities are concerned about provisions of the ecommerce policy which gives preference to domestic products over foreign entities. Besides this, the policy also talks of data localisation requirements, restrictions on cross-border data flow, expanded grounds for forced transfer of intellectual property, and proprietary source code.