OYO Awaits US Regulatory Nod For Franchises After Probes In California, Other States

OYO Awaits US Regulatory Nod For Franchises After Probes In California, Other States 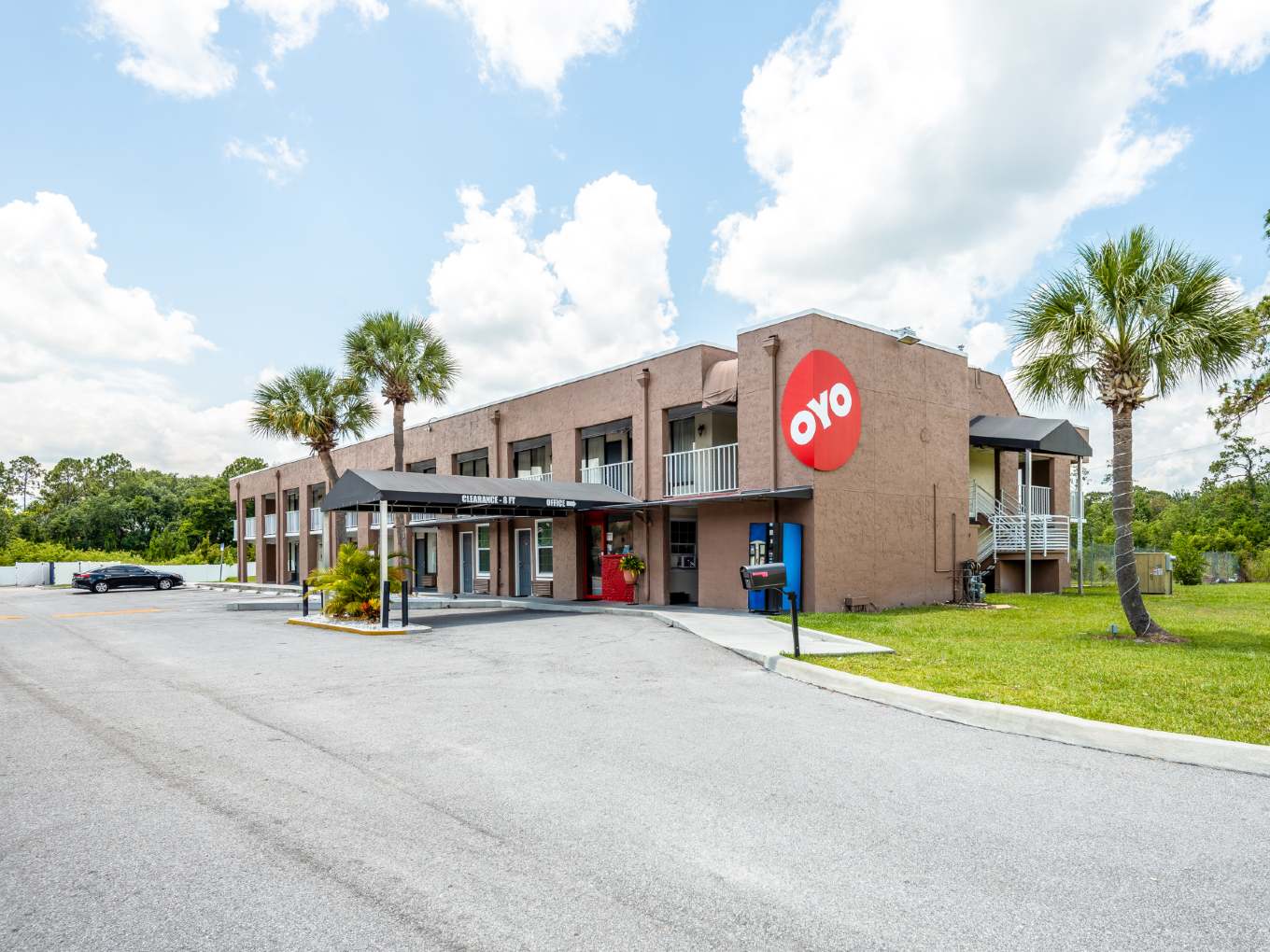 In California, OYO has been fined $200K for operating without regulatory approvals

Gurugram-headquartered hospitality unicorn OYO has found itself in the middle of a regulatory storm amid its ambitious expansion plans in the US. The company is under the scanner of multiple state governments in the US for signing franchise agreements with hotel owners. According to legislators, the franchise contracts are illegitimate for not having received due approval in three states in the US — California, Maryland and Washington. In a conversation with Inc42, the company confirmed the regulatory hurdles.

The Indian travel tech startup expanded to the US in 2019 and was on an expansion spree until Covid-19 crisis impacted its growth negatively. According to last reported numbers, the company has 350 hotels in the US.

According to a Forbes report published last week, regulators in California have put a penalty of around $200K on OYO for offering and operating dozens of franchises without state approval. The company has also received a cease and desist order from the state of Washington while Maryland is also conducting an investigation on the company, the report added.

According to the report, OYO had sought approval from California in August 2019 to offer franchises. However, before receiving the approval, OYO started offering franchise opportunities to hotel owners.

As per US law, for typical franchise agreements, franchisors are required by the Federal Trade Commission to provide hotel owners with a document known as a uniform franchise disclosure document, or FDD, as a summary of the company’s financial health and any ongoing cases. In regulated states, ideally, a comment of approval should be sent by the regulators in 30 days.

Experts advise companies to not assume registration has been granted unless a registration notice is issued by the state. Once registered, the franchisee will also receive an “Order of Effectiveness” from the Department of Business Oversight, which notes the date of registration and the date of expiry.

In California, Washington and 12 other US states, franchise offerings must receive state approval. But OYO made its own contract and called it a “marketing, consulting and revenue management agreement” which it started using for onboarding hotels.

In March 2020, investigators with the California Department of Business Oversight (CA DBO) determined that OYO had offered franchises without state approval. OYO has nearly 12 properties in California, according to Inc42 sources.

In conversation with Inc42, OYO confirmed the case and stated that it has filed its objection to the order passed by the DBO and requested a hearing of its objections. The hearing is expected to be held in June 2020, due to Covid-19. Therefore, the $200K penalty order is a suspended fine until then. As a result, hotels will continue to be listed with OYO under franchise and MCMRA model and it does not impact existing contracts.

The Washington case is somewhat similar to California. However, state regulators have fined OYO $2500 for just the investigation expense and have also issued a cease and desist notice. In a state order issued on March 20, OYO has agreed to not offer more franchises without approval.

In response to Inc42 queries, OYO said that it has already resolved the Washington and Maryland inquiry by signing a mutual consent order. This means that the company and regulator have reached an agreement, as part of which OYO will wait for FTC approval but its existing tie-ups aren’t hampered. In Maryland, OYO has signed up two properties while in Washington it has 8 properties.

The company said it has the requisite approvals to operate as a franchise in over 40 states (excluding California) in the US that represent over 90% of its existing footprint. The three states that have brought these penalties against OYO account for less than 6% of its presence in the US.

“We continue to firmly believe that our Marketing Consulting and Revenue Management Agreement (MCRMA) in operation in California is not in the nature of the traditional franchise agreements in the US and our belief is backed by opinions from multiple leading law firms who are experts on franchising laws,” the company said.

The Crux Of The Issue: Franchise Agreements

OYO believes its MCRMA is a unique proposition on revenue management and its collection model and starkly different from traditional franchise operations in the US. “We firmly believe that our innovative business model does not meet the US legal definition of a franchise and therefore requires a separate recognition,” an OYO spokesperson said.

To further understand how MCRMA is different from FDD requirements of a franchisee-franchisor agreement, there are few key points. The US law judges franchisees on the basis of:

So, in two contexts, OYO can be considered under franchisee law, considering that trademark/brand is used by the hotel partners and that it does have partial or full control on the franchisee business. But the company differentiates it by a few key points:

Further, the company said that its FDD was finalised in March this year giving OYO the ability to sell franchises in all states except for the registration states of California, Hawaii, Illinois, Indiana, Maryland, Minnesota, New York, North Dakota, South Dakota, Rhode Island, Virginia, Washington and Wisconsin.

As per the company spokesperson, it has submitted its franchise applications to these registration states in March 2020 and has already received approvals from Illinois, Indiana, Michigan, Rhode Island and Wisconsin and is hopeful of receiving approval from the other nine states soon.

Overall, the company now intends to offer MCRMA as well as the franchise model in the US with clear distinction.

Interestingly all this comes at a time when OYO earned a moment under spotlight during US President Donald Trump’s visit to India, who said that the OYO brand name was growing in the US.

The company also earned a word of appreciation from entrepreneur and senior advisor to US President Ivanka Trump, who is also the President’s daughter. Ivanka took to Twitter to appreciate the steps taken by OYO. “These kinds of impactful acts of benevolence are what help keep this Nation and our world #TogetherApart,” She added.

The company has offered rooms across over 300 hotels for free to all medical professionals including doctors, nurses and first-responders. These free services are being offered on a cost-sharing basis between OYO and hotel partners, the company said.

Several reports have shown that OYO is facing a hard time operating in the US. OYO founder and CEO Ritesh Agarwal had said that the company lost around $50 Mn in 2019. He also acknowledged that OYO’s expansion plans in the US had some mistakes.

Covid-19 has negatively impacted the travel and hospitality businesses across the world. OYO, with its global presence, has been hit across divisions. OYO founder and group CEO Ritesh Agarwal said that the company’s revenues have gone down by 50%-60%.

As a result, the company has sent most of its staff on temporary leave, has introduced 25% pay cuts across the divisions while senior management has taken upto 50% pay cut and Agarwal has foregone his salary for the year.

On its part, the company is trying to support its hotel partners with capital and discounts. Also, it has tied up with several state governments to offer its hotels as quarantine centres as well as for stay of frontline healthcare workers.

However, currently, OYO’s biggest investor, SoftBank, has reportedly marked down its $10 Bn valuation amid a $17 Bn annual loss for the SoftBank Vision Fund. Talking about OYO, SoftBank Vision Fund chief Rajeev Misra said that OYO expanded aggressively outside and doesn’t need capital for two years. OYO has raised over $3.2 Bn funding from investors like SoftBank, Sequoia, Lightspeed, Airbnb, Grab, Didi Chuxing among others.