PMO discussed ways to boost investment, both international and domestic 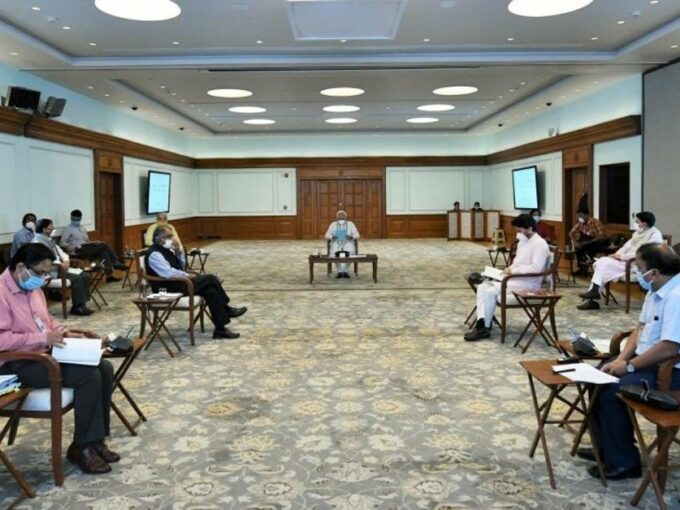 As the country gears up for the final announcement on lockdown plans, Prime Minister Narendra Modi held a “comprehensive” meeting with ministers on Thursday on lockdown exit strategy as well as the plans to boost the economy. The Prime Minister’s Office said that the meeting discussed strategies “to attract more foreign investments into India as well as to promote local investments in order to give a boost to the economy against the backdrop of the Covid-19 pandemic.”

The meeting was attended by home minister Amit Shah, finance minister Nirmala Sitharaman and commerce minister Piyush Goyal among others. PMO said that the discussions also ensured guiding states to evolve their strategies and to be more proactive in attracting investments.

The ministers also discussed the reform initiatives undertaken by various ministries and decided to push it in a time-bound manner to remove obstacles, which impede the promotion of investment and industrial growth.

The meeting also discussed that a scheme should be developed to promote more plug-and-play infrastructure in existing industrial lands, plots, or estates in the country and provide necessary financing support.

Modi directed all concerned that action should be taken for a more proactive approach to “handhold” investors, look into their problems and help them get necessary central and state clearances in a time-bound manner.

Modi later tweeted saying that the meeting discussed ways to boost investment, both international and domestic. “Issues relating to India’s reform trajectory were also discussed so that growth can be accelerated,” the prime minister said.

In the Inc42 Show, the ecosystem experts had identified key incentives to be taken by the government to support the domestic investments. This included differentiating sector-based investments etc. Siddarth Pai, founding partner, 3one4 Capital suggested that the government can incentivise investments in the startup ecosystem by creating conditions conducive for larger domestic investors like life insurance companies, University endowments etc to invest into AIFs and startups.