This is the last edition of movers and shakers in 2018

Beyond the global synergies, 2018 had saw some high profile management shuffles 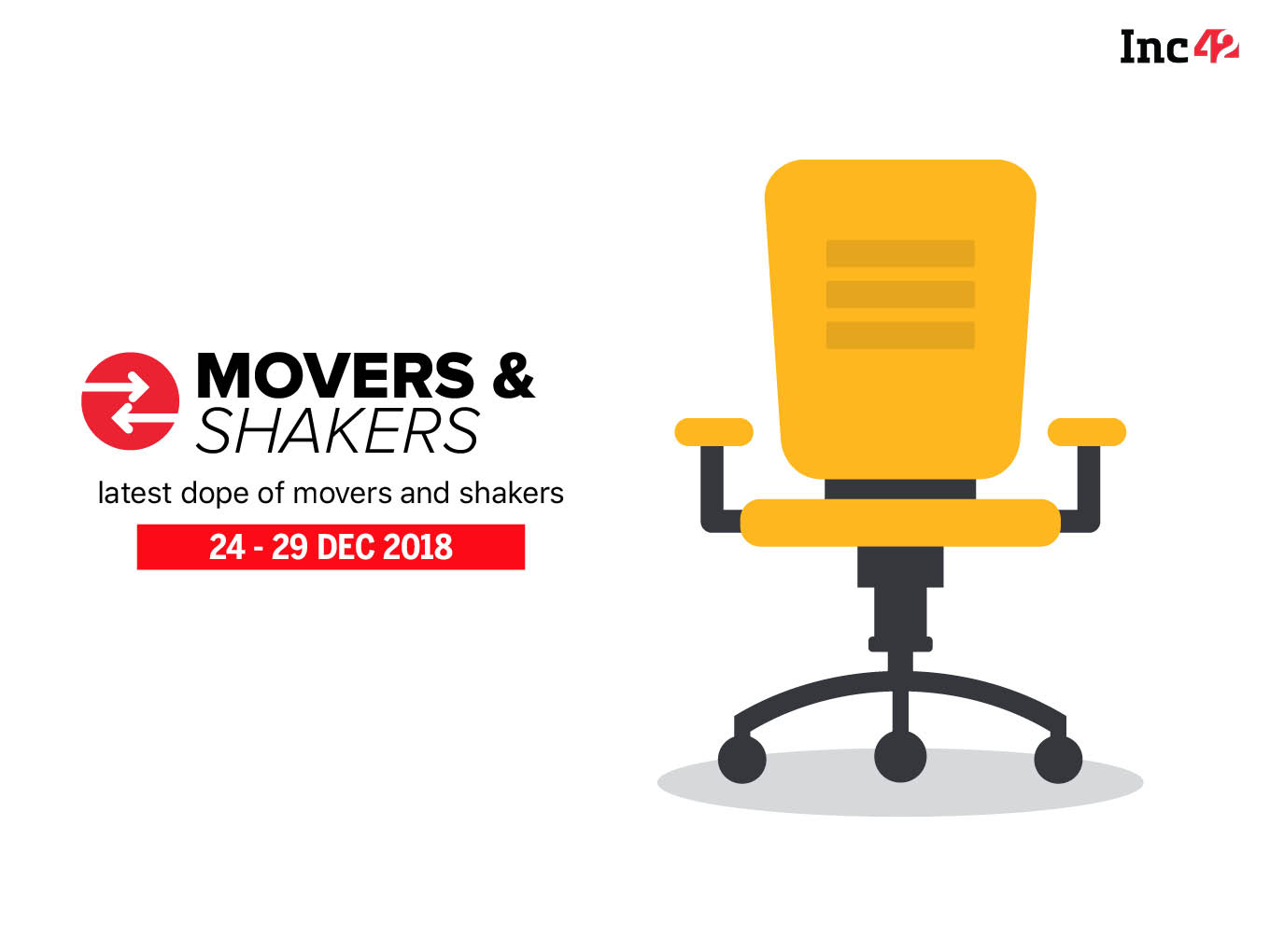 We are here with the last edition of 2018’s Movers and Shakers of the Indian startup ecosystem.

The year, major global players like Facebook, WhatsApp, SoftBank, LinkedIn etc took their commitment to India to next level with the appointment of country heads and also setting up offices in India. As foreign funding poured into the country, the ecosystem also saw some Indian entrepreneurs bidding adieu to their brainchild, while some were forced to step down.

Facebook-owned WhatsApp complied with the Indian government demands to settle in their new office and new India specific roles. The company decided to set up an India office in Hyderabad,  and followed it up with the appointment of Komal Lahiri as the grievance officer for WhatsApp in India. Next, it appointed Ezetap’s former CEO Abhijit Bose as WhatsApp India head. Bose, who had founded B2B payments platform Ezetap in 2011, is expected to take up his new role from early next year.

The parent company Facebook also had a tough year in India, and across the world, owing to a major data leak of 87 Mn users. To comply with the Indian government’s firm stand on social media, Facebook appointed Hotstar CEO Ajit Mohan as its managing director and vice-president in India. Mohan was preceded by Umang Bedi, who left Facebook India in October 2017.

Mohan is set to join the company in early 2019 and will be aligning teams and driving Facebook’s overall strategy in India. Prior to Hotstar, Mohan worked as a management consultant in New York for the US-based management consulting firm McKinsey & Company.

Another global appointment for India was SoftBank appointing Sumer Juneja as its country head for India. The appointment has also prompted the plans to open an office in Mumbai where Juneja will lead the operations.

Also, LinkedIn has appointed Mahesh Narayanan as country manager for India. He will be replacing Akshay Tyagi, who left the company in September to shift to the US. In his new role, Narayanan will report to Olivier Legrand, LinkedIn’s Managing Director for the Asia Pacific (APAC) region and will join the company’s Asia Pacific senior management team.

Beyond the global synergies, the year was shocking for Indian entrepreneurs.

In May, Walmart agreed to buy Indian ecommerce player Flipkart and sealed an exit for cofounder Sachin Bansal. However, the bigger shock for the startup community came in when  Binny Bansal resigned from the company in November, although the personal misconduct allegations on which he resigned were never proven.

The ecosystem also bid adieu to Zomato cofounder Pankaj Chaddah, who stepped down from his role from March 31 to focus on a new chapter in his personal life. His Linkedin profile says he’s “on a break right now”.

This year was also of various team shuffles including the most recent one in logistics unicorn Delhivery during which joint managing director Sandeep Barasia was promoted as the chief business officer (CBO) and the chief of finance Ajith Pai has been now appointed as the chief operating officer (COO).

Also, the founders of Bengaluru-based cab sharing platform Ola, Bhavish Aggarwal and Ankit Bhati, have decided to divide responsibilities among themselves to manage Ola’s massive planned expansion in 2019.  While Bhavish Aggarwal has agreed to take up the position of group CEO and will be responsible for looking after the company’s international expansion, Ankit Bhati will be looking after the domestic market.

At Flipkart, with founders out and fashion subsidiaries, Myntra-Jabong merged, Sriram Venkataraman has been appointed as the chief operating officer (COO) at Flipkart. He will take this position in addition to his existing role of chief financial officer (CFO).

In 2018, Chennai-based customer engagement company Freshworks has repeatedly bolstered its top management. The latest appointments were of Prasad Ramakrishnan as the chief information officer and Shivanath Somanathan as chief information security officer. These appointments are the latest of several top leadership hires by the SaaS leader.

In the last week of 2018, financial marketplace BankBazaar revised its plans to hire upto 1,000 new employees for FY19 instead of 800. The company overshot its original target at the end of the third quarter of the year, and intends to hire 200 more employees in the last quarter.

Majority of the hires would be for the technology and customer service domains, with hiring taking place across all BankBazaar locations in Chennai, Bengaluru, Mumbai, and Delhi.

This was the last edition of Movers and Shakers for 2018. From all of us at Inc42, many thanks and a Happy New Year!

Stay tuned for the next week’s edition of Movers and Shakers of the Indian startup ecosystem!