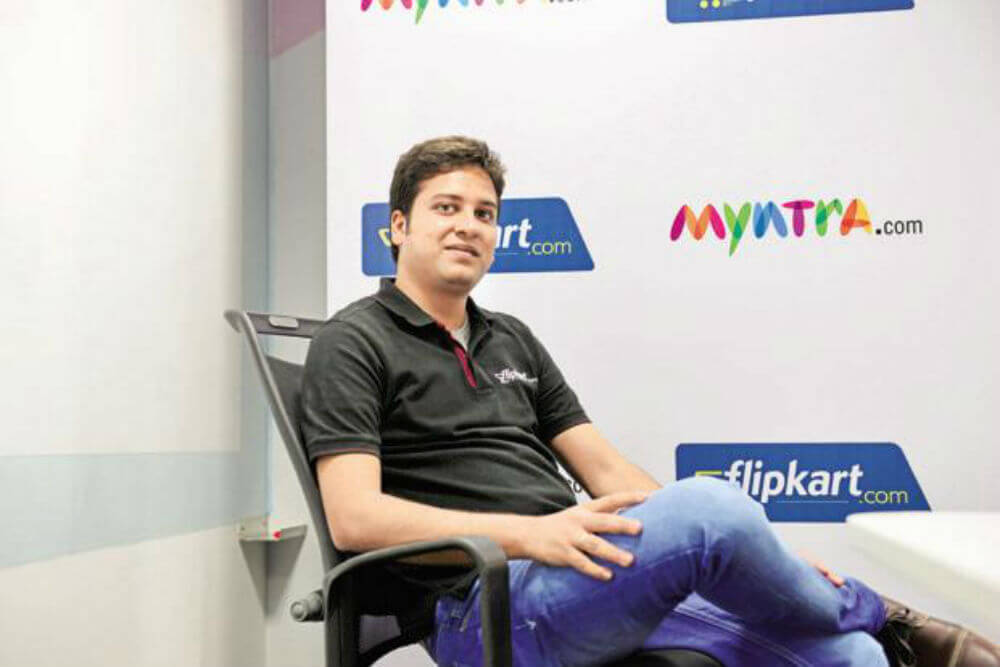 Kalyan Krishnamurthy will continue to be CEO of Flipkart

Flipkart co-founder Binny Bansal resigned as the CEO of the Flipkart Group today (November 13) with immediate effect following an allegation of ” serious personal misconduct”, according to a statement from Walmart dated November 13.

Binny has denied the allegation and a probe into the matter did not find any evidence against him. However, Binny has made a decision to step down.

Bansal’s “decision follows an independent investigation done on behalf of Flipkart and Walmart into an allegation of serious personal misconduct,” the Walmart statement said. Walmart is a majority shareholder in Flipkart following a $16 Bn acquisition of a 77% stake in the ecommerce company, which closed in August. The statement has been posted on the Flipkart blog as well.

While the investigation did not find evidence to corroborate the complainant’s assertions against Binny, it did reveal other lapses in judgement, particularly a lack of transparency, related to how Binny responded to the situation, Walmart said. “He strongly denies the allegation. Nevertheless, we had a responsibility to ensure the investigation was deliberate and thorough,” the statement added.

“Binny has been an important part of Flipkart since co-founding the company, but recent events risked becoming a distraction and Binny has made a decision to step down,” the Walmart statement said.

Walmart said it would continue to invest in the homegrown ecommerce company.

It is not yet clear if Binny will continue to hold his board seat in Flipkart. About his future with the company, the press release said, “Binny has been contemplating a transition for some time and we have been working together on a succession plan, which has now been accelerated.”

In September, Walmart was reportedly considering naming a new chief executive at the group level for Flipkart. The Seattle-based company holds the rights to appoint a new Flipkart CEO or chief financial officer, in the event of a vacancy, in accordance with the company regulatory filings.

Binny had stayed on with Flipkart after its acquisition by Walmart as Chairman and CEO, while the other co-founder, Sachin Bansal, left the company after the sale.