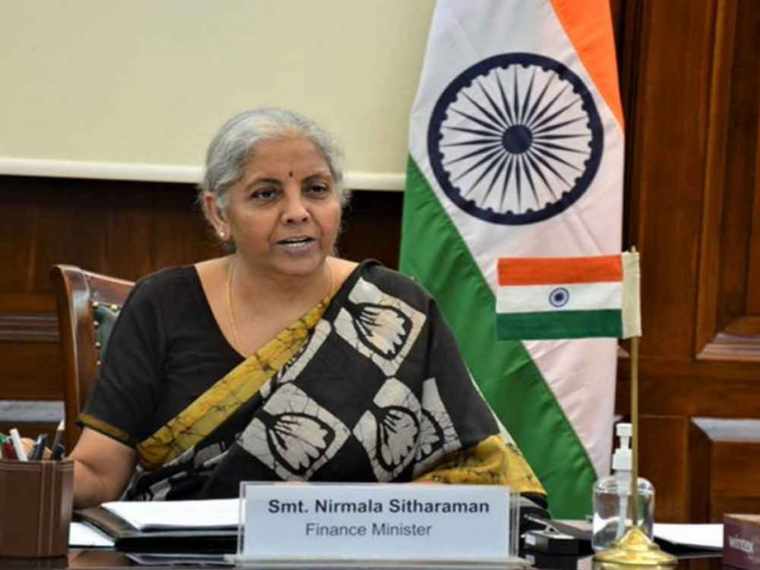 The proposal to hike tax on crypto is likely to be tabled in the next GST Council meeting, date for which has not been decided yet

A week ago, there was similar reports that the GST Council is likely to hike the tax rates for online gaming from 18% to 28% to discourage gambling and betting related games

The Goods and Service Tax (GST) Council is likely to consider levying 28% GST on cryptocurrencies and bitcoins at par with lottery, casinos, race course and betting, according to reports.

CNBC-TV18 reported, the GST Council has nominated a panel to consider the proposal of levying 28% GST on services and transactions – purchases and payments – related to cryptocurrencies and bitcoins.

The proposal is likely to be tabled in the next GST Council meeting, date for which has not been decided yet, for a formal nod.

About the government mulling GST rates on cryptocurrencies, Aritra Sarkhel, director, public policy at WazirX, said, the Virtual Digital Assets (VDAs) are an asset class with varied use cases across industries. It’s not akin to gambling or lottery as being made out.

“The industry is open to dialogue with the GST Council on such matters. It will be great if deliberations are made to keep the taxation on VDAs in line with India’s treatment to other regular financial instruments and/or evaluate the different use cases of tokens while making decisions on crypto taxation. It will also be essential to look at global jurisdiction arguments on such tax,” Sarkhel told Inc42.

A week ago, it was reported that the GST Council is likely to hike the tax rates for online gaming from 18% to 28% to discourage gambling and betting related games.

A Group of Ministers (GoM), set up by the Ministry of Finance to look into matters related to the GST regime covering online gaming, casinos and race courses, might suggest a flat GST rate of 28% on online gaming soon.

A final recommendation on the revised rates, as also on whether the levy should be on the gross gaming revenue or per transaction, is likely to be disclosed in the next week’s meeting of the GoM headed by Meghalaya Chief Minister Conrad Sangma.

The finance minister on March 8 spoke about the possible future of cryptocurrency and virtual currencies in the country.

She said the ministry clearly saw the possibility of tax generation from digital assets. “Many Indians have seen a future in crypto, therefore, I see a possibility of revenue in it,” the minister said.

Sitharaman again reiterated that the central bank-backed cryptocurrency was poised to be launched this year. She said that the digital currency was a “conscious call taken in consultation with the RBI (Reserve Bank of India)”.

The FM, earlier in April, said that India would not rush into any decision over cryptocurrencies, but will take an informed decision.

About blockchain, she said it has the potential to contribute positively to the economy, however it could also be manipulated and used for money laundering or terror financing activities.

The central government always appears to be confused about policies related to cryptocurrencies and virtual currencies as government officials have many times maintained that the government is observing rules and regulations in foreign countries.

Sitharaman has also flagged concerns over misuse and potential threat of cryptocurrencies many times. She called for global crypto regulations in her address at the International Monetary Forum (IMF) in Washington DC last month.

Sitharaman, in her Budget speech on February 1, had announced that the digital rupee or Central Bank Digital Currency (CBDC) would be issued by the RBI in the coming fiscal year.

She had also announced that the government will levy a 30% tax on gains made from any other private digital assets from April 1, which has now been implemented.

Reserve Bank of India (RBI) Deputy Governor T Rabi Sankar earlier in April said a nuanced and calibrated approach is needed for the launch of India’s maiden digital currency as it would have various implications for the economy and monetary policy.

Sankar said that 87 nations across the globe were looking ‘actively’ at the CBDC. This comes in the wake of the US’ Federal Reserve Bank publicly expressing interest in CBDCs earlier this year.

In February 2022, the RBI Deputy Governor had also pointed out that cryptos were being used illegally for trade and terrorism.

No matter how much controversy it has created so far, the crypto market continues to make strong headwinds across the country. A Chainalysis report found that India’s crypto market grew 641% from 2020 to 2021, turning India into one of the largest-growing cryptocurrency markets.

Further, an Inc42 analysis also suggested that more than 350 blockchain startups were operational in India in 2021 with the crypto segment receiving the highest funding last year. Despite over 80% of the startups still being bootstrapped, the sector received more than $247 Mn in VC funding in 2021.