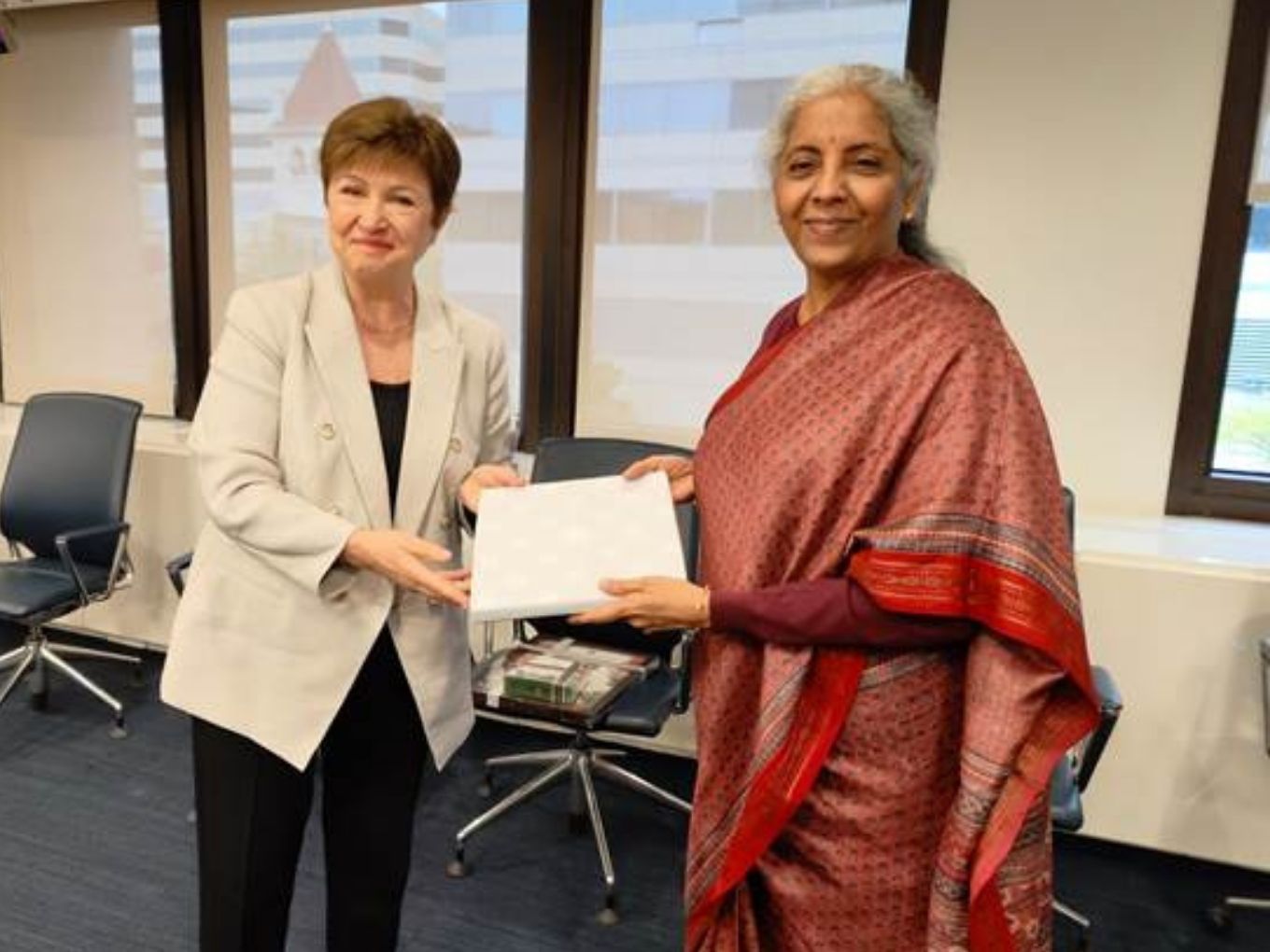 There is a need for an adept and nimble technology-based global regulatory regime in the domain, Sitharaman said

She noted that with the help of a CBDC, cross border payments could be made more effective, transparent and can be managed better

The Union Finance Minister Nirmala Sitharaman has called for global crypto regulations in her address at the International Monetary Forum (IMF) in Washington DC earlier this week.

The finance minister is on an official visit to the US, where she has had bilateral talks with IMF MD Kristalina Georgieva at the International Monetary Fund-World Bank (IMF-WB) Spring Meetings.

“I think the biggest risk for all countries across the board will be the money laundering aspect and also the aspect of currency being used for financing terror,” she said.

The FM further said that while India recognises the technology’s usability, at the same time, there is a need for adept and nimble technology-based global crypto regulations in the domain.

She added that regardless of the nature of the crypto assets, be it a Central Bank Digital Currency (CBDC) or private assets, she is concerned about the ‘unhosted wallets’, more so in the private domain, through which money is being moved around across borders.

“Regulating cannot be done by a single country within its terrain through some effective method, and for doing it across borders, technology does not have a solution which will be acceptable to various sovereigns and, at the same time, is applicable within each of the territories,” Sitharaman said.

It is prudent to note here that unhosted wallets allow a user to use and transfer cryptocurrencies and assets not hosted by a financial institution or bank.

Sitharaman also noted that any crypto regulations that are developed will have to take into account the diverse ways in which crypto assets are used in different countries.

Sitharaman described, “The risks involved will have to be differentially approached because, for each use case, the risks can also be different depending on the economy you are talking about.”

“So as long as the non-governmental activity of the crypto assets is through the unhosted wallets, regulation is going to be very difficult,” she added.

However, Sitharaman did plug India’s CBDC effort – the Digital Rupee – in her address. She noted that with the help of a CBDC, cross border payments could be made more effective, transparent and can be managed better.

In her Union Budget 2022 address, she had introduced the plans for India’s CBDC – a cryptocurrency pegged to the Indian Rupee – scheduling the launch by the end of the current fiscal year.

The FM also explained the rationale behind a global regulation framework, saying that it needed an understanding of the technology not so much to interfere, but to keep an eye on cryptocurrency.

It is pertinent to note here that along with a 30% crypto tax, India has introduced a 1% TDS on all the crypto transactions above INR 10,000. While the industry in India has welcomed the crypto regulations, the taxation looks a bit excessive.

When asked about India’s decision to tax income out of crypto assets, Sitharaman explained the rationale of her announcement in the last budget.

While not getting into the veracity of numbers on the value of such assets held by people, the FM said that the government realised that there were a “lot of things happening in terms of transacting crypto assets which we don’t recognise as currency”.

However, the government still has not cleared its stance on crypto assets. Earlier in February as well, the FM had said that the government’s move to levy tax on gains from cryptocurrencies had nothing to do with the legality of private digital currencies.

The Reserve Bank of India’s consistently negative remarks about cryptocurrencies have added further uncertainty into the mix.

This had come to a head soon after the launch of Coinbase in India, where the crypto exchange announced that it will allow users to make payments for crypto assets using UPI.

In response, the National Payments Commission of India (NPCI) issued a statement saying that it is not aware of any crypto exchanges using UPI as a means of payment. Shortly thereafter, multiple crypto exchanges pulled UPI back as an option.