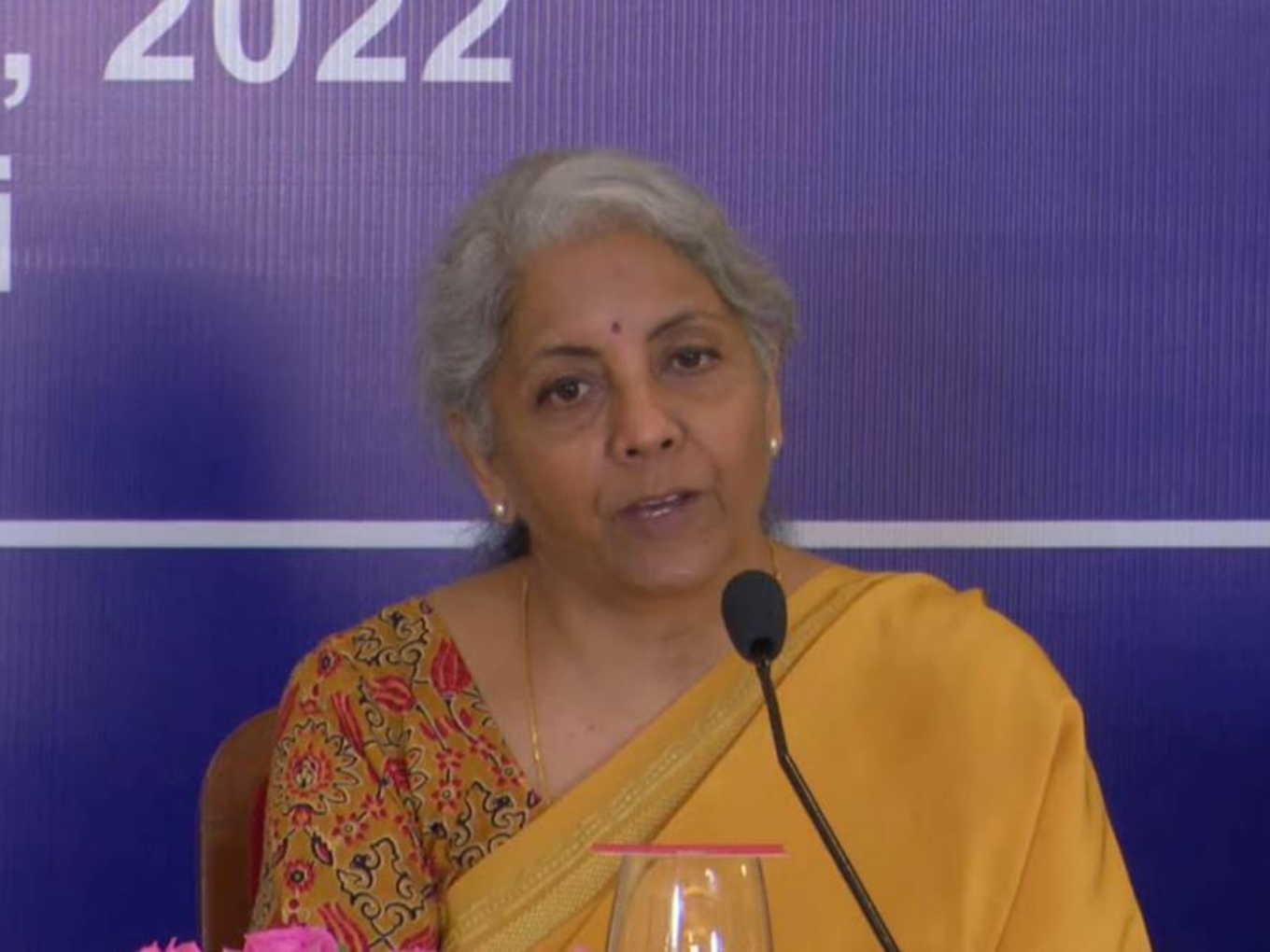 On questions about legalisation of cryptocurrencies, FM Sitharaman said that consultations on the matter are currently ongoing

Despite unclear legislation, as many as 350 blockchain startups were operational in the country in 2021

Finance Minister Nirmala Sitharaman today (March 8) has spoken at length about the possible future of cryptocurrency in the country, dropping vague and unclear hints.

FM Sitharaman said that the Ministry clearly saw the possibility of tax generation from digital assets. She said, “Many Indians have seen a future in crypto, therefore, I see a possibility of revenue in it.”

Remember, Sitharaman, in her Budget speech on February 1, had announced a 30% tax on transfer of digital assets.

Ducking questions about legalisation of cryptocurrencies, FM said the consultations on the matter were currently ongoing.

She was further quoted by FE as saying that, “Once the consultations are done and the ministry has mulled over all the legal requirements for the crypto law, the Ministry will look at the opposition to it and discuss if crypto needs to be regulated.”

Days after unveiling a Digital Rupee in the Budget, FM Sitharaman today again reiterated that the Central Bank-backed cryptocurrency was poised to be launched this year itself. She also said that the digital currency was a ‘conscious call taken in consultation with the RBI.’

The Minister said that, “It was a conscious call taken in consultation with the central bank- the Reserve Bank of India….we would like them to design it the way they would like to do it, but this year we expect the currency to come out from the central bank itself.”

Pointing out the benefits of the move, Sitharaman said,”We see clear advantages in a central bank driven digital currency, because in this day and age, bulk payments happening between- countries, large transactions between institutions and large transactions between central banks themselves of each country- are all better enabled with digital currency.”

This follows a long series of vague announcements regarding the crypto ecosystem in India. Earlier last month, FM had said that a decision on ‘banning or not banning’ cryptocurrencies would be taken after consultations.

She had further added that it was the government’s sovereign right to levy taxes on gains from cryptocurrencies and had nothing to do with the legality of private digital currencies in the market.

All in all, the statement is likely to compound the problems for the startup ecosystem. Many crypto entrepreneurs have repeatedly sought complete legalisation of the cryptocurrencies, the government seems sceptical over a slew of issues including less oversight and no control.

Add to this, the move to tax digital assets has also thrusted India’s cryptocurrency ecosystem in uncharted waters. Some term the 30% tax as discouraging people from investing, while others call the move a first step towards legalisation. Despite this, the centre refuses to budge and has so far not cleared its stance on the matter.

But, what has implied Centre’s stance on the matter is doomsday statements by top officials like RBI Governor, Shaktikanta Das. He had previously said that private cryptocurrencies were a threat to macroeconomic and financial stability, adding that such assets had no underlying value whatsoever, “not even a tulip”, referring to the Tulip Mania of 1630s.

Other bureaucrats like Finance Secretary T V Somanathan too has warned against cryptocurrency, saying it would never be a legal tender.

Meanwhile, the crypto bloom continues in full swing across the country. A Chainanalysis report found that India’s crypto market grew 641% from July 2020 to June 2021, turning India into one of the largest-growing cryptocurrency markets.

An Inc42 analysis also found that more than 350 blockchain startups were operational in the country in 2021 with the cryptocurrency segment receiving the highest funding last year. Despite over 80% of the startups still being bootstrapped, the sector received over $247 Mn in VC funding in 2021.

In what is a testament to India’s burgeoning crypto startup ecosystem, Ethereum Layer-2 scaling startup Polygon raised $450 Mn from some of the biggest names in the venture capital ecosystem led by Sequoia India with participation from more than 40 major VC firms.

This was followed by IPO-bound 5ire, a fifth-generation blockchain network, raising $100 Mn in capital commitment from GEM Global Yield in February.

In January too, cryptocurrency staking management platform Stader Labs had raised $12.5 Mn in a funding round led by Three Arrows Capital, valuing it at $450 Mn.

So, overall, the outlook looks positive for the ecosystem as it develops cutting edge technological innovations for the world. But, the only aspect that could put a damper on this is policy making from the top.