Funding Galore: From Unacademy To BharatPe – Over $1.4 Bn Raised By Indian Startups This Week [Aug 02-07]

Funding Galore: From Unacademy To BharatPe – Over $1.4 Bn Raised By Indian Startups This Week [Aug 02-07] 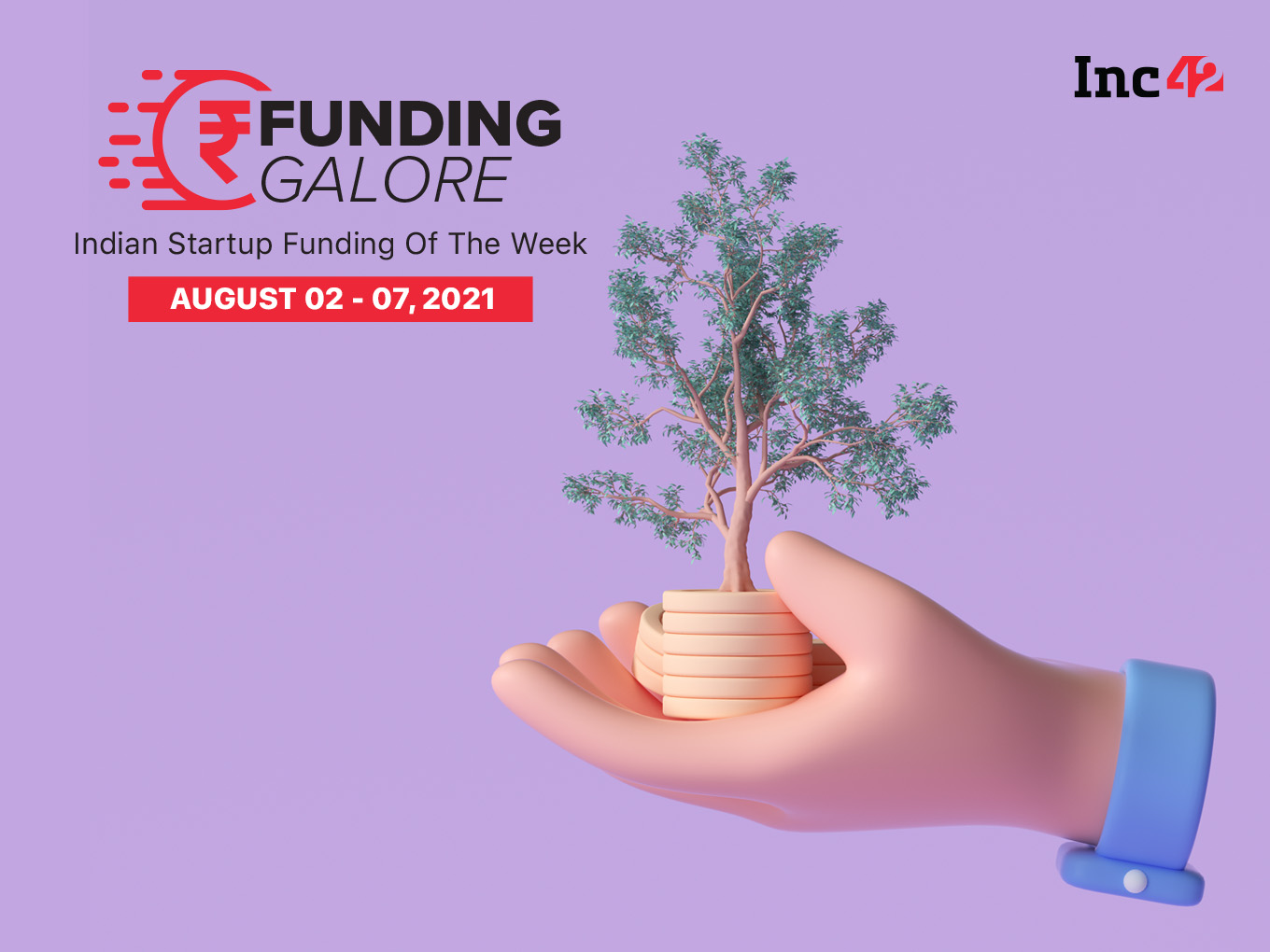 BharatPe entered the unicorn club and is valued at $2.85 Bn

As funding continues to pour into the Indian market, BharatPe became the 18th unicorn in India, with its $370 Mn Series E round this week, which was followed by the entry of Mindtickle into the unicorn club. Overall, Indian startups raised over $1.42 Bn in the past six days, starting August 2021 off with a bang.

With the Tiger Global-led round, the Delhi-based fintech startup has a valuation of $2.85 Bn, while Dragoneer Investment Group and Steadfast Capital also backed BharatPe in this round as new investors. Suhail Sameer, who joined the fintech startup in August last year as a group president, has now been appointed as the the chief executive officer of BharatPe, as he replaces Ashneer Grover, who has been appointed as managing director.

The other big funding round this week was Bengaluru-headquartered edtech startup Unacademy’s $440 Mn Series H led by Singapore-based Temasek at a valuation of $3.44 Bn. The round saw participation from Masayoshi Son’s SoftBank Vision Fund, General Atlantic, Tiger Global, Ritesh Agarwal’s Aroa Ventures and Zomato’s Deepinder Goyal. Some existing angel investors have exited the startup in this round.

Here’s a look at all the disclosed funding rounds this week.

Fintech unicorn and online insurance aggregator PB Fintech Ltd, the parent company of online insurance platform Policybazaar and Paisabazaar, has filed a draft red herring prospectus (DRHP) to raise INR 6,017.50 Cr via an initial public offering (IPO). The IPO will comprise a fresh issue of INR 3,750 Cr worth of equity shares and an offer for sale (OFS) of INR 2,267.50 Cr by existing shareholders and promoters. The OFS will see sale of up to INR 1,875 Cr worth of shares by SoftBank and up to INR 392.50 Cr by other investors and promoters, including cofounder and CEO Yashish Dahiya.

Lifestyle ecommerce platform Nykaa has filed its draft red herring prospectus (DRHP) with SEBI to raise INR 4,000 Cr via an initial public offering (IPO). It recently converted itself into a public limited company and changed its name from FSN E-Commerce Ventures Private Limited to FSN E-Commerce Ventures Limited. Nykaa is proposing an initial public offer of its equity shares of face value of INR 1 each by way of fresh issuance of equity shares along with an offer of sale from existing and eligible shareholders.

Digital outpatient care platform Meddo acquired digital prescription platform Doxper in a cash and stock deal. Doxper is a digital pen and encoded paper-based clinical documentation system that is powered by cloud computing, AI and machine learning. The startup was founded in 2015 by Randeep Singh, Shailesh Prithani and Pawan Jain and is based in Mumbai. Treatments and prescriptions written on the encoded paper by doctors are recorded and transferred to the cloud, allowing for seamless healthcare data gathering.

While full terms of the deal remain unknown, the companies have confirmed that the entire Whodat team and their proprietary computer vision platform have been acquired to accelerate product development in key areas.

Ahead of its initial public offering later this year, Gurugram-based online travel aggregator ixigo has acquired Hyderabad-based bus ticketing and aggregation platform AbhiBus. Following the cash and stock deal, the Abhibus team led by its founder Sudhakar Reddy Chirra will join ixigo, and all intellectual property, brands, technology and operations are being transferred to the OTA.

Non-banking financial company (NBFC) IIFL said it will launch an INR 100 Cr early stage seed fund exclusively focused on Indian fintech startups. In addition to the funding, the company will also provide mentorship, collaboration opportunities and partnerships to all these fintech ventures.

Stride Ventures was founded in 2019 by Ishpreet Gandhi and has made disbursals of over INR 400 Cr in 2021 across 20 investments. It closed its maiden fund earlier this year after overshooting its initial target corpus of INR 350 Cr ($48 Mn), of which INR 85 Cr ($11 Mn) was invested by state-run Small Industries Development Bank of India (SIDBI). It has funded more than 20 startups from Stride Ventures India Fund I, which includes Pocket Aces, Miko, SUGAR Cosmetics, Infra.market, Spinny, HomeLane, Zetwerk and Bizongo.

Prominent Indian venture capital firm Chiratae Ventures announced the closing of its fourth fund at $337 Mn, oversubscribed by 25%. Over half of the fund’s limited partners are Indian investors, while global investors from US, UK, Europe, Japan and Singapore have also backed the latest fund.

Launched in 2006 by TC Meenakshisundaram and Sudhir Sethi, Chiratae Ventures has a cumulative asset under management  of approximately $950 Mn. It has backed unicorns such as FirstCry, Flipkart, Lenskart, and Policybazaar, with PolicyBazaar also planning to go for an IPO soon. Chiratae’s portfolio also includes tech startups such as Agrostar, Bizongo, Bounce, Cropin, Curefit, Emotix, GoMechanic, HealthifyMe, PlayShifu, Pyxis, Uniphore, and Vayana, among others.