Funding Galore: From Digit Insurance To Licious — Over $750 Mn Raised By Indian Startups This Week

Funding Galore: From Digit Insurance To Licious — Over $750 Mn Raised By Indian Startups This Week 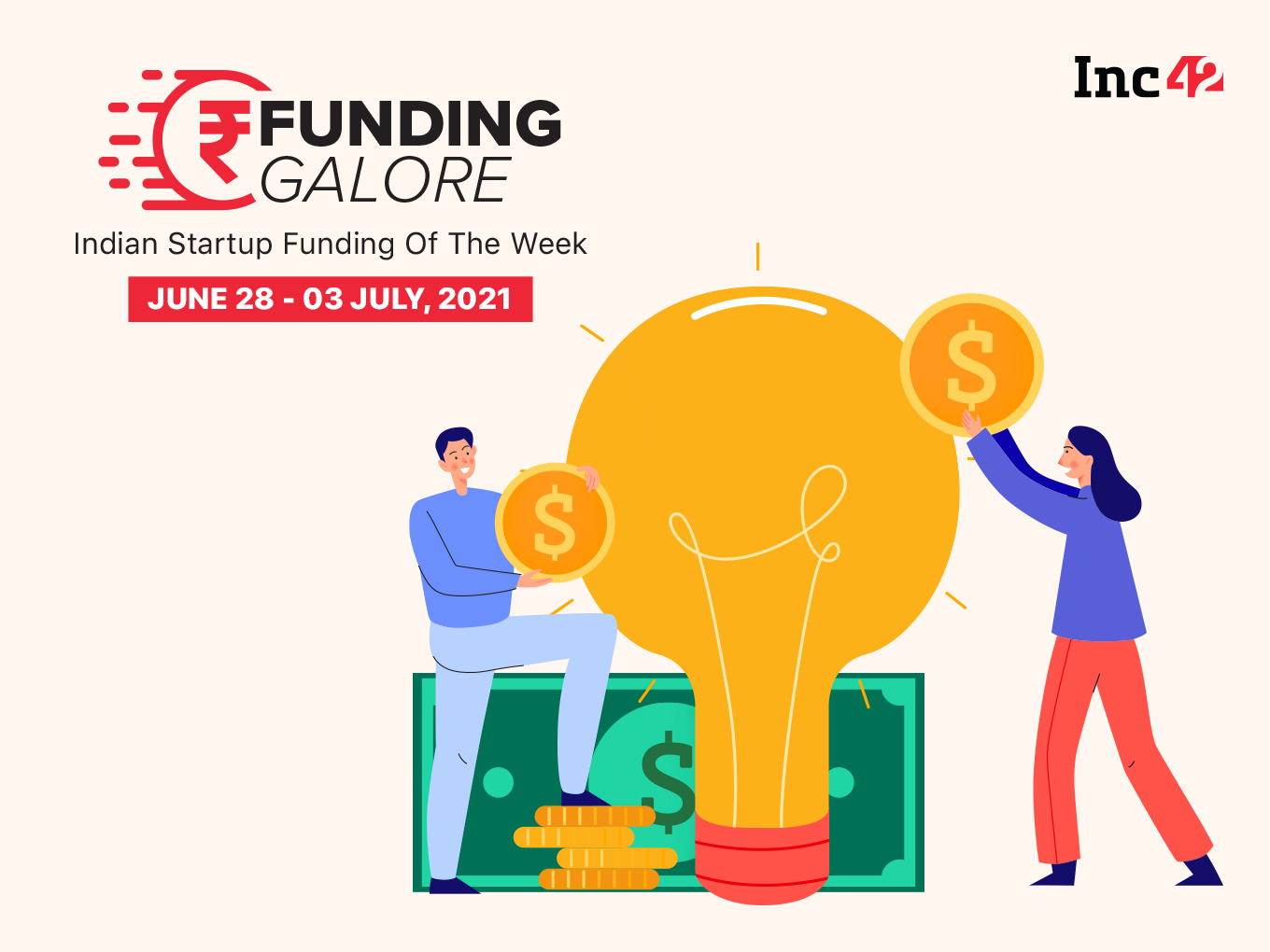 Zomato is set to acquire a minority stake of 9.3% in grocery delivery firm Grofers

As we enter the second half of 2021, it’s worth noting that Indian startups are having a mega funding boom this year, after the relatively slow pace of funding in 2020. In the first half of 2021 (H1 or January to June 2021), the total funding raised by Indian startups hit a historic peak of $10.8 Bn raised over 614 funding deals. The total startup funding in the first half of 2021 is already 95% of the total funding amount raised in all of 2020.

This week’s funding charts were dominated by insurance tech unicorn Digit Insurance, and online meat and seafood delivery platform Licious, both of which bagged mega funding rounds. Digit Insurance raised $200 Mn from Sequoia Capital India, IIFL Alternate Asset Managers and existing investor Faering Capital, while Licious raised $192 Mn in its Series F funding round led by Temasek. The current round of fundraise, makes Licious the highest funded company in the D2C meat category.  To date, Licious has raised around $158 Mn from multiple investors including the current round.

On the other hand, the latest funding round brought Digit Insurance’s total funding till date to up to $442M, valuing the startup at $3.5 Bn. Digit entered the Indian startup unicorn club earlier this year with a after raising INR 135 Cr ($18 Mn) at a valuation of $1.9 Bn.

And with that, here’s a look at all the funding deals this week.

Note: This funding report is based on funding rounds that were disclosed or announced by startups

Indian startups are on an acquisition spree with even legacy companies being targetted for their scale and distribution network. Among this week’s major acquisition stories, Zomato’s interest in Grofers has been revived, while game development startup PlaySimple was acquired for a staggering $360 Mn by Swedish company MTG.

Food delivery unicorn Zomato is set to acquire a minority stake of 9.3% in grocery delivery firm Grofers, which will likely value the latter at around $1 Bn.

Zomato has now filed for approval with the competition commission of India (CCI) to acquire the stake in Grofers International Pte. Limited, according to a July 1 filing with the CCI.

Hands on Trades Pvt Ltd is a private company owned by Grofers that is engaged in the business of B2B wholesale trading with third party merchants, contract manufacturing of food products, grocery and other goods for the purpose of onward sale on a wholesale basis.

PlaySimple has been acquired by Swedish gaming company MTG for more than $360 Mn, according to a statement released by the two firms on Friday (July 2).

Founded in 2014 by brothers Siddharth Jain and Siddhanth Jain, Preeti Reddy, and Suraj Nalin, PlaySimple’s games have registered over 75 Mn installs till date and 7 Mn monthly active users on its current portfolio of nine titles which include popular games like Daily Themed Crossword, Word Trip, Word Jam, Word Wars and Word Trek. Currently, the company has four new games in the pipeline to be launched during 2021, of which two are card games, a new genre for PlaySimple.

Neobanking startup Jupiter has announced the acquisition of Y Combinator-backed savings app Easyplan for an undisclosed amount. The financial savings app helps young Indians save in a simple, low-risk manner and was part of Y Combinator’s 2020 batch. Currently, Easyplan claims to have over 250K users. The acquisition allows Jupiter to expand its customer base, and enhance its saving and investment capabilities.

Sequoia Capital India’s startup scale-up programme Surge has announced its fifth and largest cohort of 23 early-stage startups, with funding totalling $55 Mn. The cohort is dominated by startups are from the fintech, payments, communications, logistics and SaaS sectors which are creating products and services to help companies across borders. These include startups like ApnaKlub, DurianPay, Gumlet, Locad, MailModo, RaRaDelivery, PowerPlay, WATI and Twid among others. Five companies are in the lifestyle segment like Veera Health, Revery and Belora. Check out the full list here.

The program, which kicks-off on June 30, also has 10 women founders, the largest in a cohort since Surge first started two years ago in March 2019, said the VC. The Surge community now has 203 founders, from 91 startups building companies across more than 15 sectors.

Venture capital firm Inflexor Ventures announced that it has marked the final close of its fund at over INR 600 Cr, surpassing its initial domestic target corpus of INR 500 Cr. It was launched in early 2020 and had hit its first close at INR 230 Cr in August 2020.

The fund’s investors include SBICap Ventures, SIDBI, Survam (Sumankant Munjal Family Office) and some of India’s marquee family offices, and startup founders. Inflexor will invest primarily in B2B / enterprise startups using technology to solve real-life problems that have domestic as well as global market potential. The fund will participate in Pre-Series A to Series B rounds with initial cheques ranging from INR 5 Cr – INR 20 Cr plus follow-on rounds based on the portfolio company’s performance and funding stage.

The incubator has committed investments  in 59 odd startups whose combined valuation is pegged at $420 Mn. 9Unicorns typically invests around $150K for 5%-7% equity in idea-stage startups. As of May 2021, it has syndicated over $67 Mn of investments with co-investors such as Sequoia Surge, Titan Capital, SOSV, & Nexus Ventures amongst others.