How PharmEasy’s ‘Ghatkopar Gujju Gang’ Pulled Off The Thyrocare Acquisition

How PharmEasy’s ‘Ghatkopar Gujju Gang’ Pulled Off The Thyrocare Acquisition 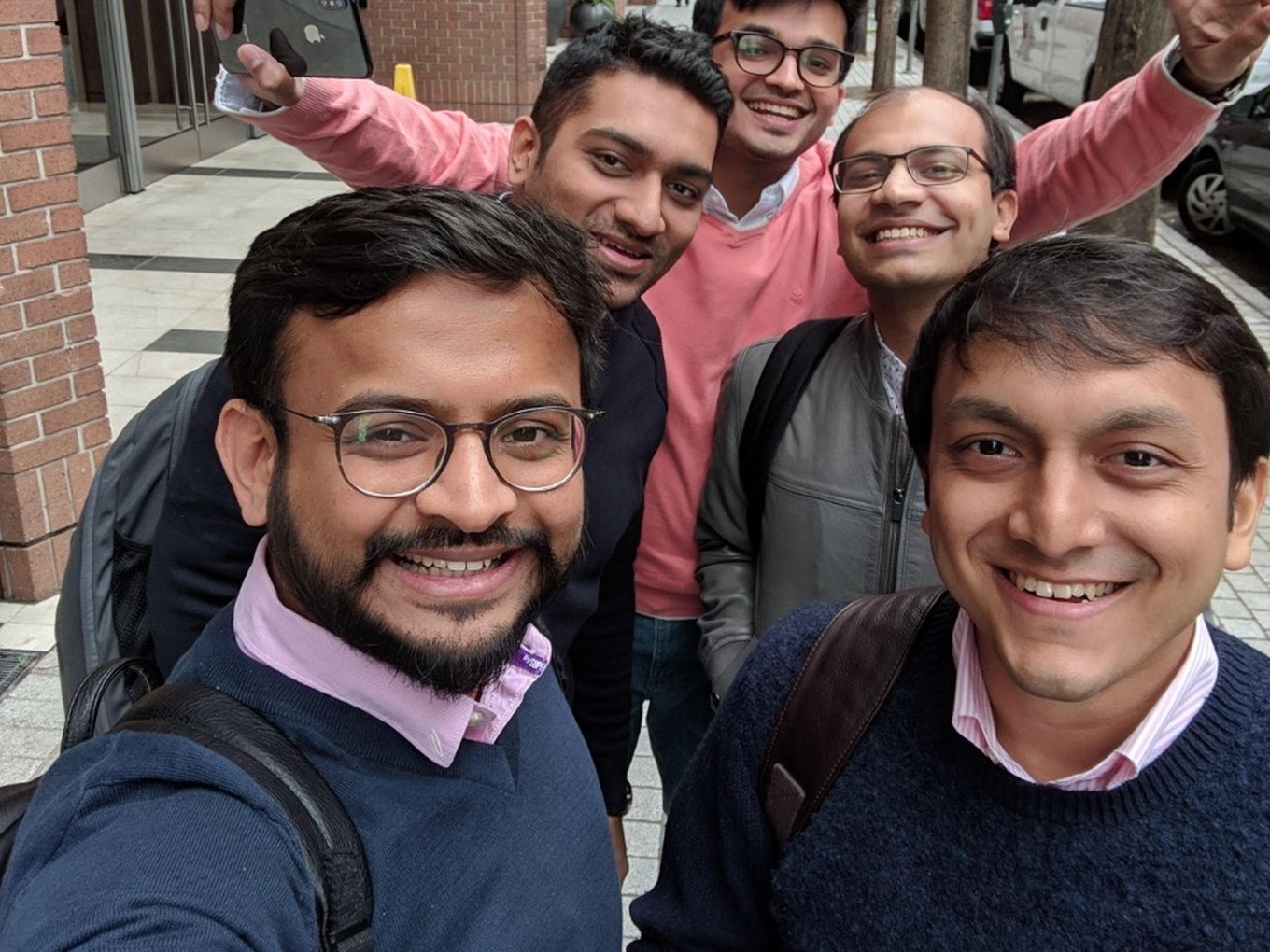 As six-year-old tech unicorn PharmEasy acquires publicly-listed diagnostics chain Thyrocare, many believe it is a pivotal moment for startups in India

The cofounder added that PharmEasy’s vision is being a single platform for medical and health information, consultation, diagnostics, medicines and medical products

In the world of startups, some success stories are scripted because of the singular vision and focus of a solo entrepreneur, while others are about accommodating several leaders or cofounders on an equal footing. The latter is more often than not fraught with peril, with many a great-idea-turned-startup becoming untenable because of a clash or disagreement between cofounders.

That is something of an alien feeling for Siddharth Shah, the cofounder and CEO of healthtech unicorn PharmEasy, who refers to himself and fellow cofounders — Dharmil Sheth, Dhaval Shah, Harsh Parekh, Hardik Dedhia — as the Ghatkopar Gujju Gang.

Often used disparagingly by Mumbaikars, Shah wears this label with pride and believes the shared experiences of the quintet which stretches back to early childhood is one of the biggest strengths for PharmEasy, along with similar family backgrounds, value systems and the fact that they hail from the same ‘zip code’ — the northern Mumbai suburb of Ghatkopar.

As PharmEasy embarks on a major leg of its startup journey with the acquisition of publicly-listed Thyrocare, Shah says this foundation of the five cofounders gives the company significant management bandwidth to create impact in every vertical. “There is a tonne of implicit trust that we have on each other,” he told Inc42.

This is also a key factor, he emphasised, behind a six-year-old tech unicorn acquiring a publicly-listed company, with 25 years of presence in the market.

Thyrocare was started in 1996, by Dr A. Velumani, a former scientist at Mumbai’s Bhabha Atomic Research Centre (BARC). Its first laboratory was set up in Byculla, Mumbai, with an initial focus on thyroid testing. Today, it claims to be the country’s largest diagnostics provider by volume — with over 110 Mn tests performed annually. The diagnostics chain has a network of 3,330+ collection centres across more than 2,000 towns in India. The company operates a multi-lab model with a mega central processing lab, two zonal processing labs and 13 regional processing labs across the country.

Many believe that this deal — following the BYJU’S acquisition of Aakash, BharatPe-PMC Bank deal and the Groww acquisition of the IndiaBulls AMC business — signals a changing of the guard in the Indian economy. Startups have been called paper tigers because of their towering valuations built on funding rather than profits, and their massive scale without revenue generation. Now, with technology becoming such a critical aspect of everyday life and transactions, startups are looking to snap up non-tech businesses in a bid to demonstrate revenue growth along with scale.

“The last two years have shown people the value of technology. Everybody’s adopting technology around us and we are seeing how things are growing. I think this is one of those pivotal moments where for the first time a unicorn has acquired a listed company. You always hear of listed companies acquiring private companies, and that large corporates will give exit to unicorns. I think this is a watershed moment where a unicorn is giving an exit to the promoter of a legacy company,” Shah said.

This push for non-tech businesses to expand into new categories or strengthen verticals could see more such deals. Now that PharmEasy has bulked up its diagnostics play with Thyrocare, The CEO added that there are no more acquisitions being targetted in this space, since Thyrocare is a “transformational asset”.

An August 2020 Edelweiss research report says the Indian diagnostic market is estimated to have a size of $9 Bn (around INR 67,500 Cr), and would grow at a compounded annual growth rate (CAGR) of roughly 10% till 2025. Speaking about the union with PharmEasy, Dr A. Velumani said, “I am excited about this relationship, unique of its kind in Indian healthcare industry. The unique reach and strength of Thyrocare in diagnostics blended with the young and dynamic team of PharmEasy will bring in better healthcare solutions for common man nationwide.”

How will PharmEasy approach the integration of Thyrocare into its platform — will it continue to be run independently or will one of the founders of API take over day-to-day operations? Shah said Thyrocare is already a very well-oiled machine and he doesn’t want to tamper with anything. “Obviously, we talked about Dr A Velumani (Thyrocare founder and MD) gradually transitioning the business to us. He will take a backseat and we will need somebody to lead that,” he added, again emphasising that the strong bond between the founders acts as a solid base.

Founded in 2015, PharmEasy parent company API Holdings (API) is looking to establish a significant presence across the entire out-patient healthcare value chain for consumers and pharmacy businesses through services such as teleconsultation, diagnostics, medicine delivery and pharmaceutical supply chain. The parent company operates brands such as PharmEasy, RetailIO, DocOn, with PharmEasy being the consumer-facing brand. Now Thyrocare will join this club of API brands.

India’s healthtech sector has seen a string of acquisitions in the last one year, including the PharmEasy-Medlife merger. In June this year, Tata Digital, the digital services subsidiary of Tata Sons, announced a majority stake acquisition in Delhi NCR-based epharmacy and telemedicine startup 1MG, in a deal estimated to be worth $270 Mn.

Shah believes that while most people might think that PharmEasy as an epharmacy, which obviously saw a lot of traction in the past year, even the B2B business has been a critical success factor in 2020. “All parts of the business have grown drastically and significantly because all areas of business have seen massive digital adoption. And as you receive more and more digital adoption, I’m sure that we will be able to see significant growth.”

The acquisition comes at a time when PharmEasy already has a lot on its plate, with the merger of Medlife only being officially cleared in May this year. With the current situation around Covid, PharmEasy has also had to scale up delivery and fulfillment in new cities in the past year, and increase brand awareness through major advertising campaigns.

Earlier this month PharmEasy’s valuation shot up to $1.8 Bn after a $20 Mn secondary transaction from Facebook cofounder Eduardo Saverin’s B Capital, which was confirmed by Shah. Having raised these funds and then announcing the INR 4,546 Cr (around $600 Mn) deal to acquire Thyrocare, is there a possibility of another fundraise in the near future?

“When we get such (Thyrocare) opportunities, either for organic or inorganic investments, I think we will tap the markets and raise capital,” the cofounder said, adding that PharmEasy is very well capitalised at this point of time, given its fundraising in the past couple of years — it has raised $563 Mn since 2019.

He also pointed out that the company has got a cash infusion from Thyrocare managing director Dr A Velumani, who is investing INR 1,500 Cr for a 4.96% stake in API.

Elaborating on how Velumani became an investor in the company, Shah mentioned that during a light moment in the deal talks, the PharmEasy founders teased Velumani about how much he stood to make after the deal. Following this Velumani jokingly wondered aloud that he might invest in PharmEasy. This casual banter resulted in the Thyrocare MD’s investment.

As PharmEasy looks to fulfil the vision of being a single platform for medical and health information, consultation, diagnostics, medicines and medical products, the focus will be on technology to improve digital adoption and retention at both retailer and consumer end. “The only investment that we will make is in technology and providing much better consumer service.”