Startup Shutdowns In India: 8 Startups That Called It Quits In 2017

Startup Shutdowns In India: 8 Startups That Called It Quits In 2017

Stayzilla, Taskbob, And The 6 Startup Shutdowns That Took Place In 2017 [January-June] 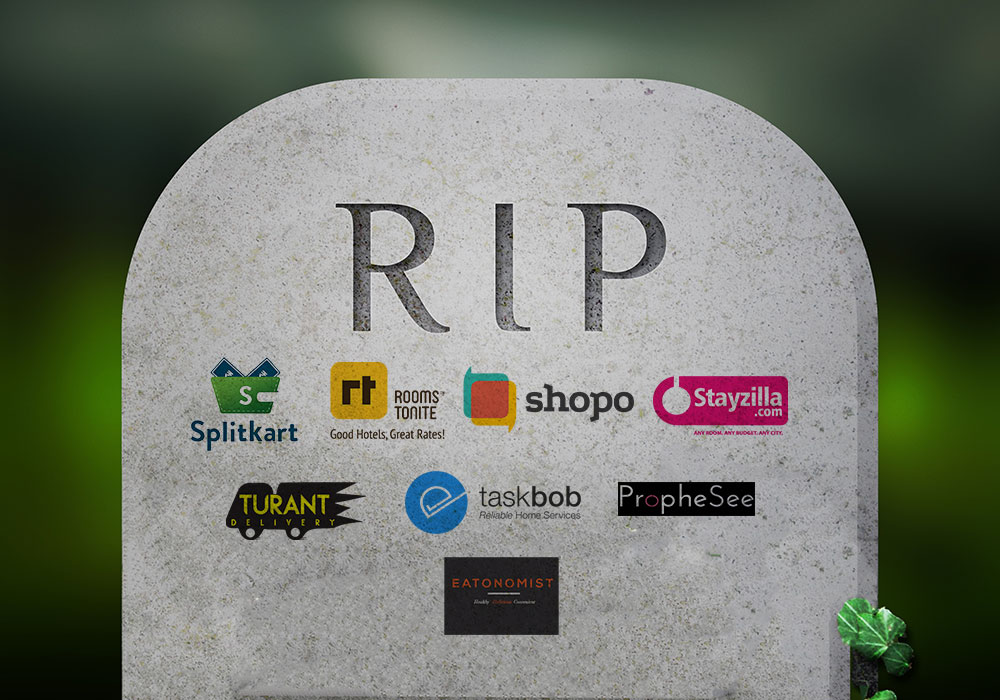 In a dynamic entrepreneurial environment, startup shutdowns are a part of the ecosystem. This is an undeniable fact. As per a recent IBM and Oxford study, 90% of the startups in India fail within the first five years of inception. Last year, between January and August 2016, reportedly 29 startup shutdowns in India took place. Hyperlocal startups were the hardest hit. As compared to 2015, reported 15 startup shutdowns that were reported in media.

Startup shutdowns in India for 2017 (January-June) have been no different, with a total of 8 startups closing down their operations and two wind up some part of their business. The Stayzilla shutdown has been the most public of them all, owing to legal controversies for the founders. But sectors that were widely hit are hotel bookings and aggregation, hyperlocal, niche ecommerce and foodtech. And this list of startup shutdowns in India includes only those which were being reported to/in the media. The actual number is much higher.

This also shows a cautious mood in the market, with investors taking a sombre step back before writing big ticket checks. With governmental support, the Indian startup ecosystem has received a much-needed boost, but not all businesses can survive, regardless of how much support – funding, mentoring, services, etc. – they receive.

Keeping all these factors in mind, we at Inc42 have compiled a list of startup shutdowns that were reported between the period January-June 2017.

This information has been generated using publicly available data across media sources as well as our own internal investigation.

Brief Overview: The founders initially launched the platform as an online travel agency for hotel bookings named as Inasra. Later, they renamed the platform to Stayzilla and pivoted to a hotel aggregator model in 2010.

Shutdown Reason: In a Medium blogpost on February 23, 2017, co-founder Yogi announced the shutdown of the company. He described the shutdown reason as lack of local network effect, inability to expand quickly, and cost effectively plus high costs and low revenues. The company is also in plenty of legal trouble, following the startup shutdown with Yogi being arrested on charges of fraud. The site is not working at the moment. 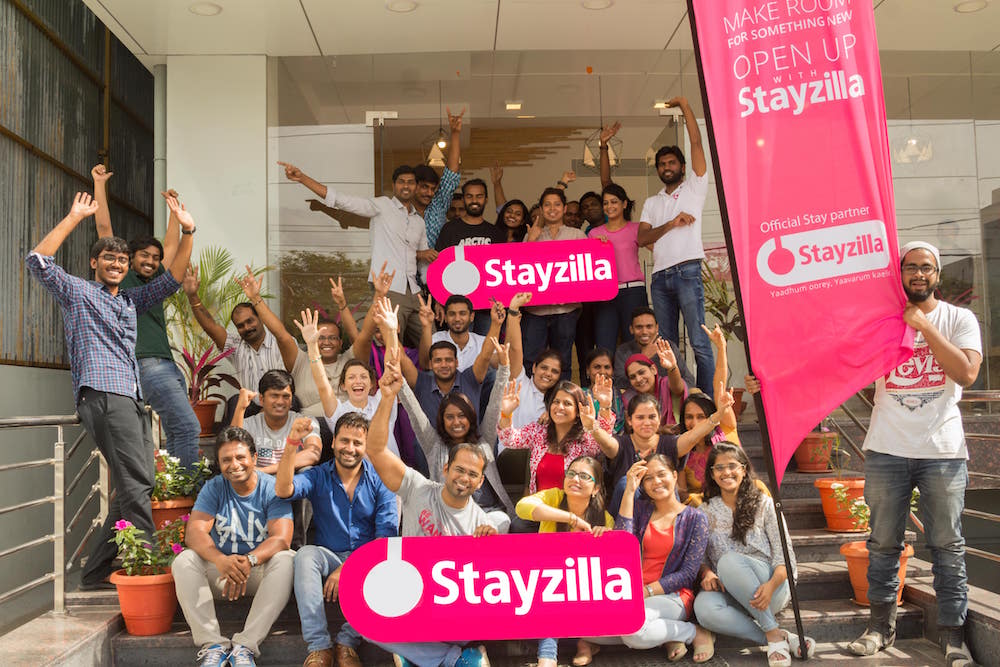 Shutdown Reason: The website is still operational. However, upon calling for the service nobody picks up the call. Also, the company’s Crunchbase profile does not display any change in status. Abhiroop is now AVP at SAIF Partners. For other co-founders, the status remains the same. On the Facebook company page, Taskbob announced its shutdown on January 19, 2017. Brief Overview: Prophesee empowered brands with data-driven insights that allow managers to compare and analyse digital campaigns and execute directly from the platform. The startup catered to the need of building audience listening and community management capabilities. Prophesee was also engaged in testing new methods of measuring consumer engagement and behaviors.

Funding: The startup raised $516K funding in an angel round from Indian Angel Network (IAN), Stanford Angels and Entrepreneurs India (SA&E India). Ajay Lavakare, Bikky Khosla and Satveer Thakral were the lead investors in the company.

Shutdown Reason:. The website is not available. Last update on social media was on January 31, 2017. We were not able to confirm the status of the startup, but it appeared to have shut down. In addition, the shutdown year cannot be assessed clearly and the reason of shutdown remains unknown. 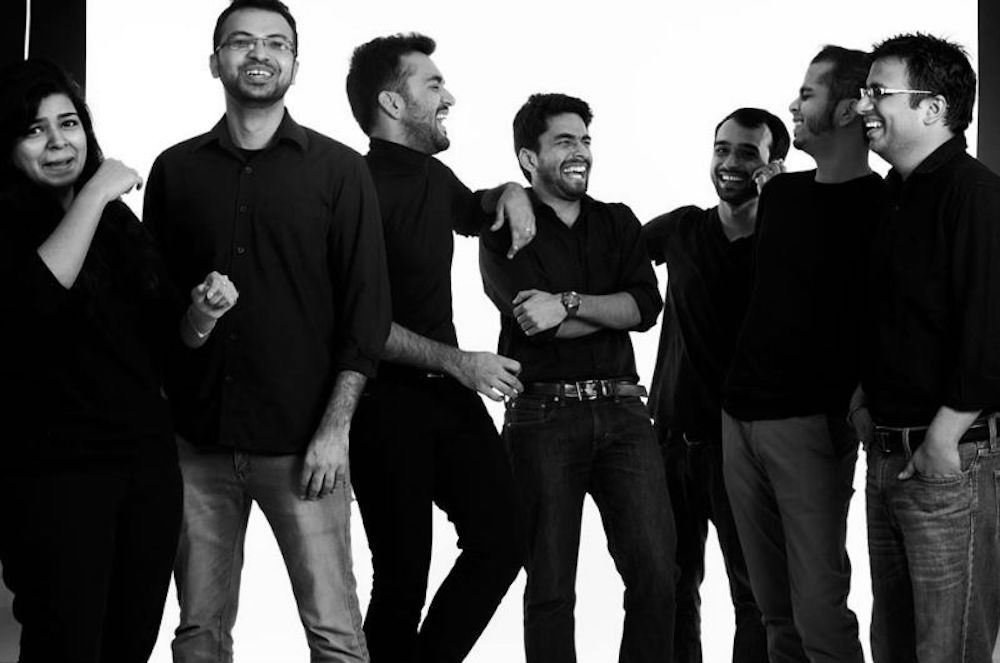 Brief Overview: Turant Delivery was an intra-city logistics company which utilises its technology platform to help customers book and monitor their deliveries on a daily basis. With the help of a zone-based algorithm, it claimed to provide services at less than 15% less. The B2B model was a pivot from an earlier B2C model. It was operational in Delhi, Mumbai, Bengaluru, Kolkata, and Surat.

Funding: It raised $155K (INR 1 Cr) in Seed funding from a group of undisclosed investors.

Shutdown Reason: Logistics has been cited as a business which requires large working capital. The company was unable to raise funds and burning money blindly was not advisable. The last social media update was on March 28, 2016 but the shutdown was reported in May 2017.

We were not able to confirm the status of the startup, but it appeared to have shut down. In addition, the shutdown year cannot be assessed clearly. 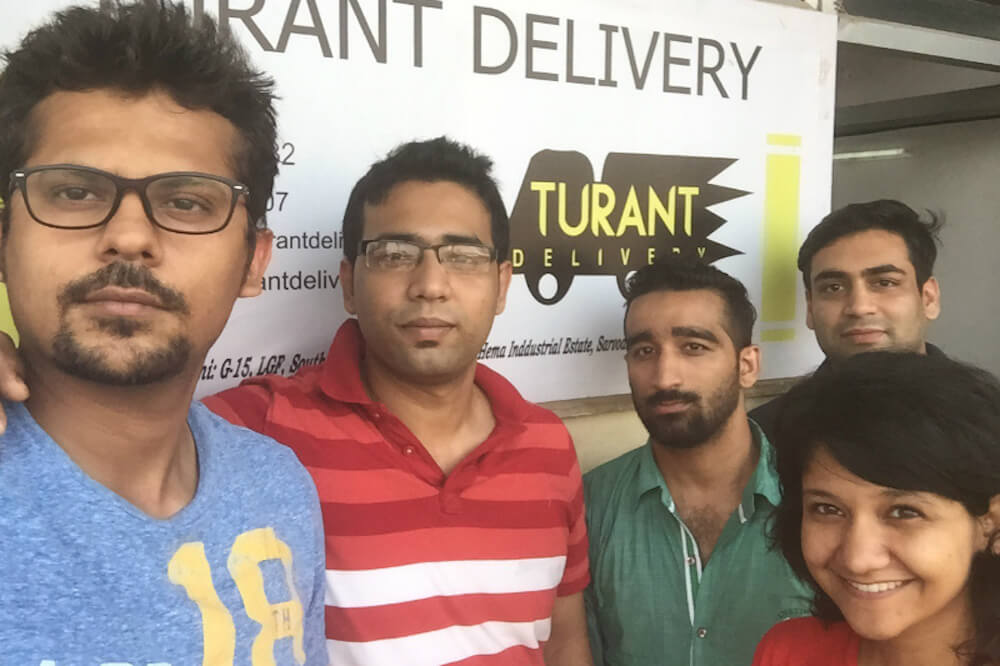 Brief Overview: Splitkart was a mobile app that helped users in splitting the bill and plan group outings. The app also showcased deals from nearby restaurants and pubs and included social media sharing options.

Shutdown Reason: The shutdown was reported in June 2017 and reasons are not clear yet. As per a report, the founders are busy upgrading the site but did not share any specific timeline for restarting operations. At the moment, the app is not available on Google Play Store or iOS store. The website too is not operational. The last social media update was on December 21, 2016. We were not able to confirm the status of the startup, but it appeared to have shut down. In addition, the shutdown year cannot be assessed clearly.

Funding: The startup raised an undisclosed amount in Seed investment from MCube Capital Advisors Pvt Ltd in May 2016.

Shutdown Reason: The website currently says, “We will be back shortly.” But the reasons for shutdown are not clear. However, considering the impact 2016’s ‘winter year’ had on the foodtech market, and the investment involved in running a full-stack business model; working capital requirements and lack of fund raise could be the reasons for the shutdown. The last social media update was on September 9, 2016. We were not able to confirm the status of the startup, but it appeared to have shut down. In addition, the shutdown year cannot be assessed clearly. 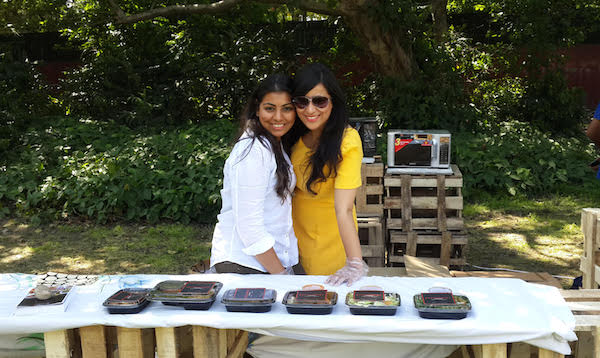 Funding: The startup raised $1.5 Mn from a group of undisclosed investors in December 2015.

Shutdown Reason: Lack of funds was the prime reason for the shutdown, as per a VCCircle report. The app is available on Google Play Store but is not functional. The website is also not operational anymore. The last social media update was on August 16, 2016. We were not able to confirm the status of the startup, but it appeared to have shut down. In addition, the shutdown year cannot be assessed clearly.

Launched In: Relaunched in 2015

Founders: Registered as a separate entity for Snapdeal, acquired in 2013

Brief Overview: Shopo was an online marketplace where one can find contemporary and traditional Indian designers, handcrafted and homemade stuff, and their creators. It was founded by Theyagarajan S. After the acquisition, in July 2015, Snapdeal relaunched it as a zero-commission marketplace which allowed small sellers to chat, buy, and sell on the platform.

Funding: It was backed by Sequoia Capital and angel investor Sashi Reddi. In September 2015, Snapdeal also announced to invest $100 Mn in Shopo over a period of two years.

Shutdown Reason: The shutdown announcement came in February 2017. Snapdeal has been suffering from losses and is currently on verge of getting acquired/ merged with Flipkart. The Shopo service was shut down in the wake of cutting costs and conserving cash. The last social media update was on March 9, 2016. We were not able to confirm the status of the startup, but it appeared to have shut down. In addition, the shutdown year cannot be assessed clearly. 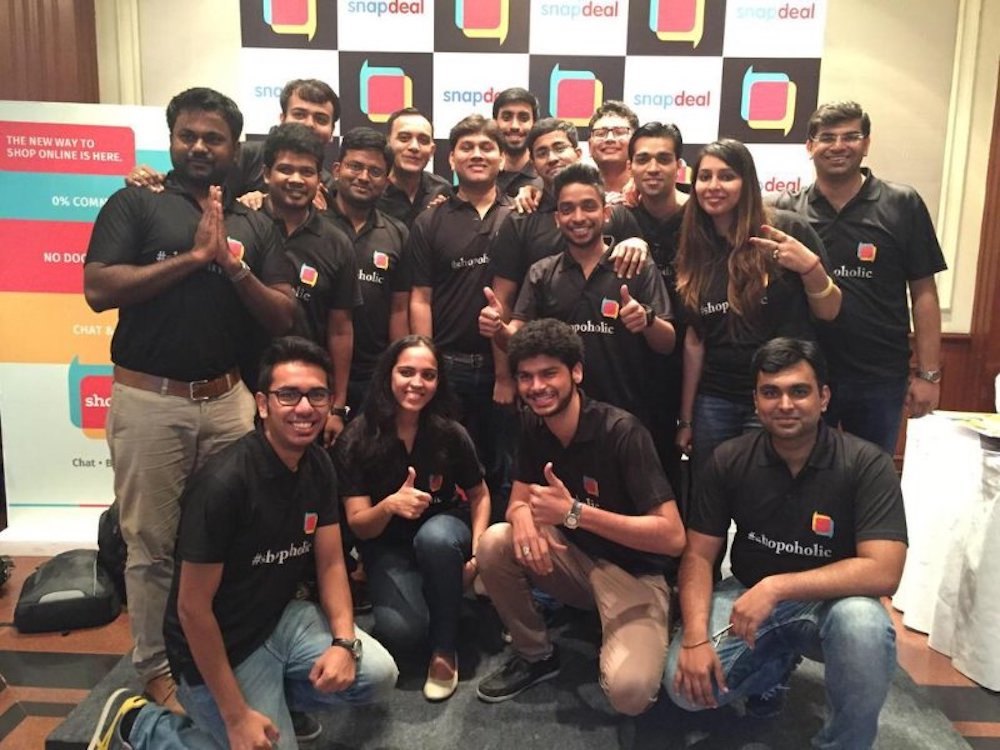 Brief Overview: It is a technology firm focussed on enhancing the user experience across multiple devices and platforms using software and IoT. Cube26 customised the Android OS and developed varied applications for OEMs to give them a competitive edge. It is currently building a platform between local service providers and smartphone users through their local app and game store to enable product led monetisation.

Funding: It raised $7.7 Mn in Seed funding from Tiger Global and Flipkart in October 2015.

Shutdown Reason: Cube26 shutdown its IoT business, which also led to several job cuts. It will now focus only on its software and services business. 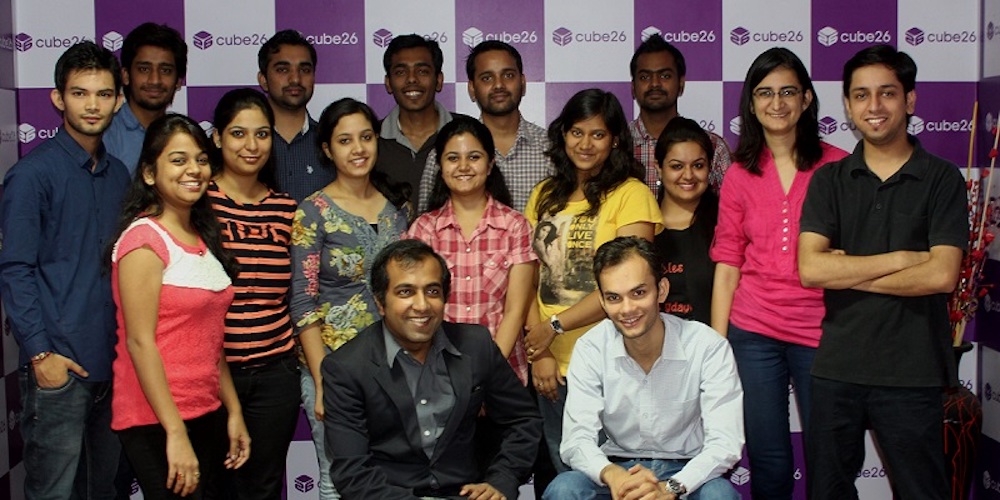 Founders: Registered as a separate entity for IndiaMART

Brief Overview: The company was incorporated in 2014 and had two kinds of businesses – B2B retail and B2B wholesale. The company shutdown its B2B retail wing and continued with the other.  The company also laid off 50% of its staff as part of the shut down exercise in March, 2017.

Funding: It is backed by Intel Capital and Bennett, Coleman & Company Ltd. The startup leverages funds from IndiaMART.

Shutdown Reason: As per a VCCircle report, the reasons cited for the shutdown were flagging sales and underperformance following the government’s demonetisation move. Also, unit economics in the segment was also quite low, according to the founders. 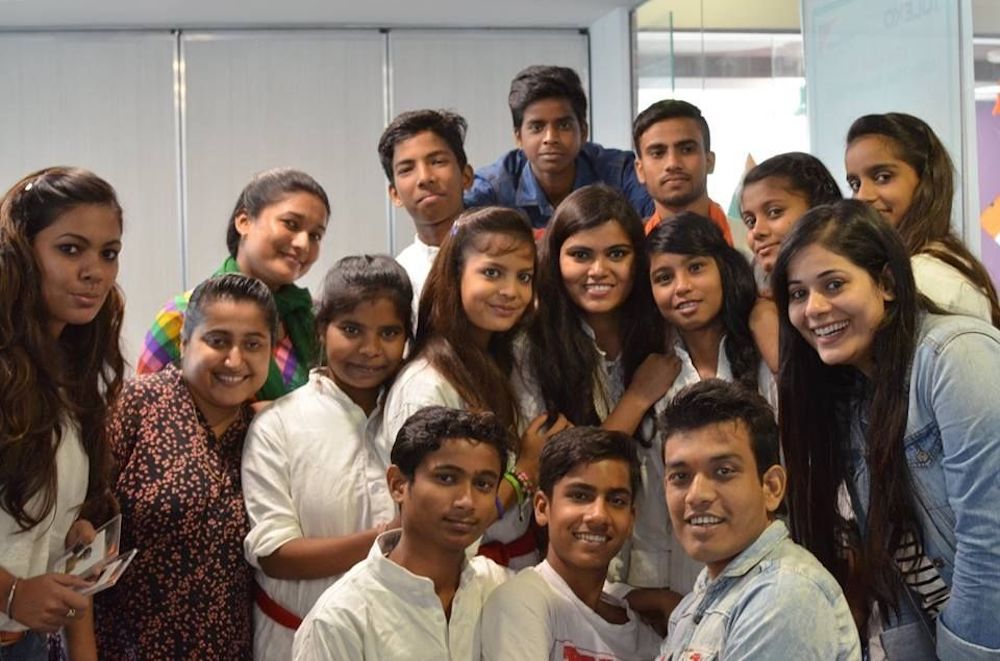 2017 has witnessed 8 startup shutdowns in India, and 2 service shutdowns, in a six-month period. While, in 2016, India saw the major startup shutdowns in the hyperlocal and bike-taxi category, for instance – Yaya, Dot, TuWheelz, Rideji, HeadLYT, and more, the categories seem to be varied this time across ecommerce, fintech, logistics, hyperlocal, etc.

On the one hand, with the launch of the Startup India Online Hub, the Government of India has demonstrated its serious intention to encourage entrepreneurs and business in the emerging economy. But, as we said, startup shutdowns are the part of the business ecosystem. A fact that bears repeating.

We are living in a scenario where investors are taking less riskier bets. Half the year is over and market course correction has led to stabilised funding, businesses pivoting to generate revenue and focussing on more than ‘me-too’ models. While these startups have had to take an unfortunate step back and regroup, the lesson to be learnt remains constant – entrepreneurs cannot solely depend on funding (from investors, other sources) to run their businesses. With eight startup shutdowns in India in 2017 (January-June) already, let’s see what is kept for the rest of the year.

The article has been updated with changes in the shutdown reason for Prophesee.

To Read More On The Startups That Shut Shop In 2017, Click Here.