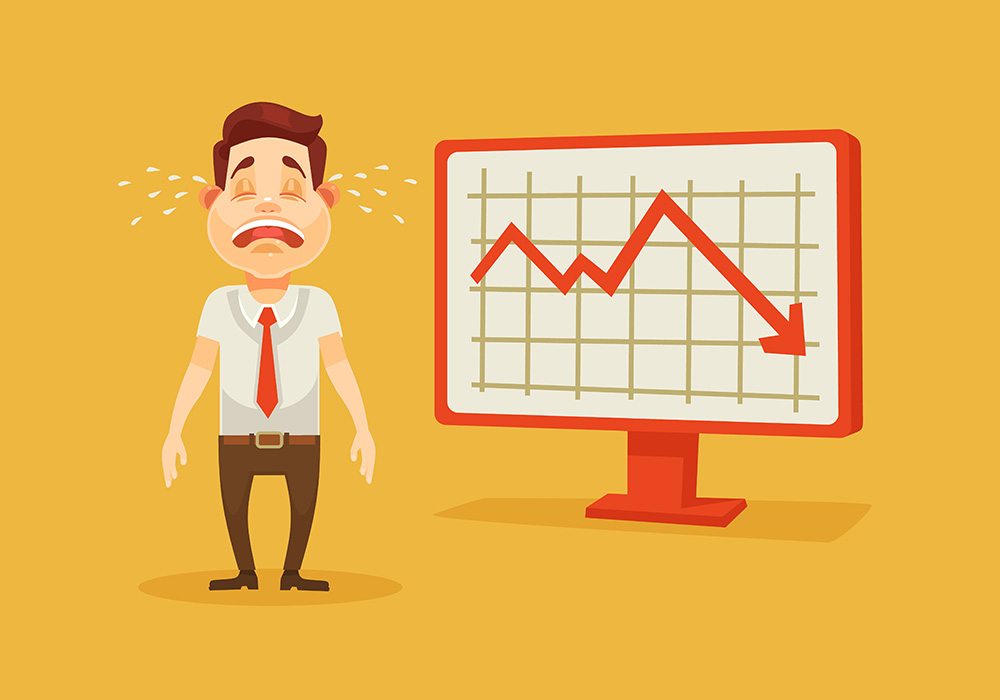 2016 has been tough on startups both in terms of funding and obviously challenges of running a business. If we look at the publicly available data for the first five months, more than 18 startups had shutdown their operations. While, in 2015 only 15 startups had reported a shutdown in the entire year. Not only this, this year several companies shut their particular business verticals and many moved to go for a pivot as market conditions forced them to do so.

As far as deal value is concerned, in the first half of 2016, over 538 startups raised funds with a disclosed deal value of $2.4 Bn. Out on these, 253 startups were funded in Q2 of 2016 itself raising close to $1 Bn (disclosed). While funding is showing some positive trends, on the other side, there have been startups which had to shut operations due to operational challenges and obviously due to less of capital left to run the business.

In last two months (June-July) over 11 startups have reported shutdowns. Over 5 startups were working in the hyperlocal segment, which has already witnessed over 100 shutdowns in last 18 months.

Let’s have a closer look into these startups:

BiteClub was an online marketplace to connect chefs and consumers. It had a daily changing menu that customers could order from via mobile or the web app. The food was prepared by a curated community of home chefs, amateur chefs, and professional chefs. Founder Prateek Agarwal, said, “We are on a temporary halt. While scaling up we faced certain problems repeatedly. So we thought it is better to take a step back, resolve all the problems and then start with the operations again.” However, there has been no update on its social handles since May.

AppSurfer allowed instant access to any app from the Android world without the need to download it. The startup experimented with various business models and spent months making software that would help users try out apps before downloading them. The startup said that it could not survive as the killer blow was announced by Google that it would launch ‘Instant Apps’, a feature that enables users to stream apps instead of downloading them.

AUTOnCAB, a autorickshaw-hailing app had to shut down its operations as it couldn’t sustain its business due to stiff competition from its heavily funded rivals. Its co-founder Vinti Doshi said that Uber and Ola have been offering a lot of discounts and incentives and they did not unnecessarily wanted to burn cash. It also laid off 40 employees in the process. It was also reported that the company was in talks to raise fresh funding for a long time but failed to seal a deal.

In a follow-up conversation with the founder, Nithin, we found that the company has not shut down operations.

Online grocery delivery firm GrocShop offered grocery shopping from the comfort of homes or offices at competitive costs. It was also part of Microsoft’s startup programme – BizSpark. It was also among the 16 startups which were selected for the Google Launchpad programme. The startup is however reported to have failed to find a profitable growth model. Prior to this, it also pivoted to an asset-light model in July 2015 and laid off 45 people in the process. It also outsourced logistics to Roadrunnr and Grab. GrocShop had shut operations in Pune and Bangalore by December before closing down completely.

Zimply allowed users to shop online for home and decoration products including furniture, décor and lighting. It was earlier known by the name HouseJive, and had a business model similar to that of US-based Houzz. It aimed to connect homeowners with design enthusiasts, professionals, retailers and manufacturers. It later pivoted to e-tailing model competing with online furniture platforms like Pepperfry, Urban Ladder and Fabfurnish. The startup has now shut its operations without citing any reason for the same. One of the co-founders, Karan Baweja, left the company in September last year, while another co-founder, Viraj Verma, left the organisation in March this year and the third co-founder, Ishaan Bhola, quit the startup in February.

Nagpur-based GetNow was a hyperlocal marketplace for groceries, electronics, mobiles, computers, home and office supplies. It had tied up with 400 retailers and offered about 45,000 products through its app and website. The startup has now closed its operations and laid off all employees in the process. The founders said that the company is thinking about a pivot and was also open to a position.The startup was reportedly facing poor unit economics due to which scaling was a big problem.

Hyperlocal grocery delivery service AAGAAR.com provided fresh and daily essentials such as fruits and vegetables, groceries, beverages, personal care, dairy products to consumers, at their doorstep. The startup seems to have shut down its operations as its website is no longer accessible and redirects the viewers to a temporary web page. The reason for shutdown is not clear but it is presumed that AAGAAR was not able to raise follow-on fundings and scale operation.

Znapin was a Mumbai-based social network to communicate via selfies. It shut down in mid-June this year. According to the founder, the company was facing a cash crunch for the last 14 months. With a monthly burn rate of $5,928 (INR 4 Lakh)-$10,307 (INR 7 Lakh), the founders steadily lost money. They were eventually forced to pull down shutters. One of its founders Kevin J Dolan had left the company in 2014 itself. Later, Ankur Kumar joined in as co-founder and CTO. The founders stated that the company had raised a seed round of funding in 2015. However, the funding had always been on paper only. The founders reached out to 3 unnamed investors twice, who promised funds every time but denied at the nick of the hour.

Funding: It had raised undisclosed amount in angel funding in November 2015

Flashdoor was an on-demand laundry service platform. It followed a curated marketplace model and operated its own logistics service to collect clothes from customers. However, increased competition and low returns forced founders to shut down operations.

MealHopper was a foodtech startup that connected local cooks with users for homemade meals. Before shutting down, the startup was delivering 100 meals a day and was also planning to launch operations in three more cities by March 2016. However, the startup had to shut shop as it was unable to scale business and make profits. It was also reported that MealHopper was unable to raise funds and was facing operational and logistics challenges.

Besides, Home services platform Doormint has shutdown its operations in some parts of Bangalore and Gurgaon. Doormint CEO Abhinav Agarwal said that the startup is planning to shut operations in these cities. While the team claims that plans are underway, the website states otherwise. The option to search for a service in Gurgaon states that the service is ‘yet to expand in the locality’.

And, Flipkart rolled back its image search option and in-app peer-to-peer chat service Ping. The feature is now replaced by ‘user-seller’ chat option. Unlike Ping, that allowed users to browse and share products with friends via in-app chat, user-chat option will allow the consumer to chat with the sellers.