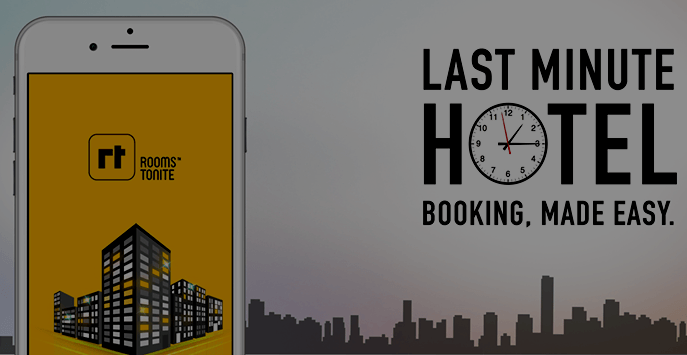 RoomsTonite will use the raised funds to strengthen its technology infrastructure, improve customer service and tie-up with more hotels.

Suresh John founded the company in 2014 and the product went live in January, 2015 on Android platform, while the iOS version was released in April.

The last-minute hotel booking app also helps customers to book hotel rooms at affordable rates. It enables users to book hotels for the same day or up to three days and nights including the booking day. As for revenues, it takes a commission of about 15-18% on every booking on the app.

The company has already tied-up with about 4,000 hotels across 325 locations and has seen about 200K downloads so far.

The company lists budget, premium, comfort, luxury hotels as well as home stays and vacation homes too. It also lists hotel aggregators such as OYO Rooms, ZO Rooms, Treebo Hotels and Zip. Apart from this, they have also added hotel chains such as Keys Hotel, Ginger, Park, Royal Orchid and Pride.

RoomsTonite’s biggest competition in this space could be NightStay, a last minute hotel booking service provider which recently raised $500K in pre-seed round funding from BedRock Ventures, Rajesh Sawhney of GSF and Shailesh Vickram Singh, partner at SeedFund. Besides, Stayuncle, an online portal which lets travelers book hotels in the city for 12 hours (also pay only for 12 hours) also operates in this field.