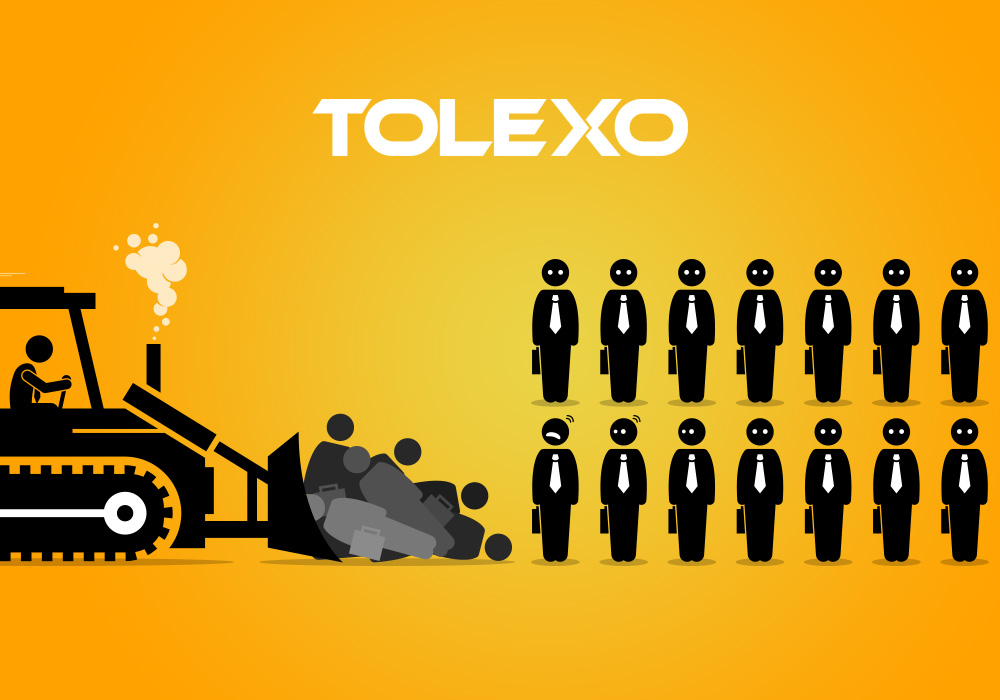 It seems the ecommerce ecosystem is following a new trend these days  – that of cost-cutting and layoffs. This time it is IndiaMART’s online marketplace for business goods and supplies Tolexo.

As per a recent report, Tolexo is laying off about 85% of its workforce. Sources claim, that the move to fire 300 employees is done as a result of slow business after demonetisation.

Tolexo – B2B ecommerce platform and a separate business vertical of IndiaMART – was launched in January 2015 in Noida. Founded by Brijesh Agarwal along with Prashanth Chauhan, it is supported by a team of 325 members with a presence in Noida, Mumbai, Ahmedabad, and Chennai.

A query sent to Tolexo did not elicit a response. However, sources insist the layoffs started after a ‘town hall’ meeting last week, in which the employees were told about the slump in company performance.

Commenting about the development a senior employee at Tolexo said, “Last week, we had a town hall meeting in which the CEO told us that post demonetisation, our sales have drastically gone down and operations would considerably shrink. While around 30 to 35 people have been shifted to IndiaMART, the rest have been asked to leave.”

As per a source close to the development, the company is apparently shutting down its online operations. It will focus on a new offline product.

A company representative told Business Standard, “We have only shut down some operations. We do not have 350 employees; our staff strength is around 250. Yes, some people have been asked to leave but there are no mass layoffs.”

Tolexo is reportedly not taking any new orders and it is in the process of returning the inventory to its sellers. It has also said to have given notice to its warehouse partners, about vacating space.

Ecommerce in 2017 has had a rough start. Earlier this week, it was reported that Noida-based television home shopping network and online marketplace, HomeShop18 has laid off close to 200 of its staff. Prior to that, it was reported that Snapdeal was about to fire about 600 employees. The company in a statement confirmed that it will be ‘rationalising part of its workforce’ on its way to becoming a profitable entity in the next two years.

According to a Walmart report, the B2B ecommerce market is estimated to reach $700 Mn by 2020. Other startups in this segment include IndustryBuying, Urjakart, WholesaleDock, Moglix, Kobster.com, BizBilla.

(This development was reported by Business Standard.)