Meesho, which became the first social commerce unicorn in April 2021 at 2.1 Bn valuation, has raised fresh funds led by Fidelity Management and B Capital Group

The funds will be used to grow its technology and product talent by 2.5x and increase its roster to 50+ Mn products, reach 100 Mn MAU and expand its FMCG offerings to 200+ cities

Accelerated by the pandemic, the social ecommerce ecosystem is estimated to grab 5% of the Indian ecommerce market with a CAGR of 65% 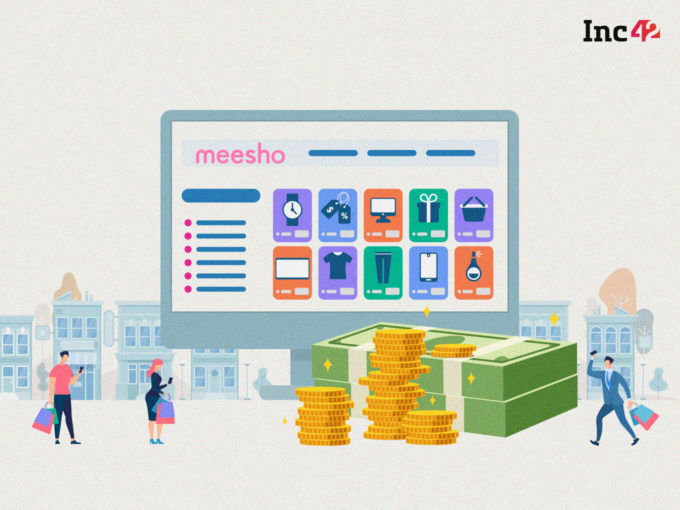 India’s unorganised retail sector, estimated to be $792 Bn, is set for the next wave of growth. Bengaluru-based social commerce unicorn Meesho has now raised $570 Mn led by Fidelity Management and B Capital Group. Other new investors include Footpath Ventures, Trifecta Capital, Good Capital, among others. Existing investors Prosus Ventures, SoftBank Vision Fund 2 and Facebook also participated in this round.

Following the round, the company’s valuation has more than doubled to $4.9 Bn in less than five months since it became the first social commerce unicorn in April 2021 at a 2.1 Bn valuation.

In a statement, the startup said that it aims to reach 100 Mn monthly transacting users by December 2022 and thus, the funds will be used to grow its technology and product talent by 2.5x and increase its roster to 50+ Mn products. The platform is also looking to expand its groceries and FMCG offerings with Farmiso (Meesho Grocery), its community group-buying business to 200+ cities.

Founded by IIT-Delhi graduates Vidit Aatrey and Sanjeev Barnwal in 2015, Meesho claims to have over 13 Mn individual entrepreneurs on its platform and is catering to 45 Mn customers. To date, Meesho has delivered orders from more than 100K registered suppliers to over 26K pin codes across 4,800 cities, generating over INR 500 Cr ($68 Mn at current conversion rate) in income for individual entrepreneurs.

Buzz Gets Louder In The Social Commerce Ecosystem

According to the latest report titled The Future Of Commerce In India by Sequoia Capital India, and Bain and Company, the next biggest driver for Indian ecommerce will be social commerce.

The social commerce segment in India is fast-growing, with companies like Meesho, YouTube-acquired SimSim, GlowRoad, DealShare who recently raised $144 Mn in Series D from Tiger Global, Elevation Capital-backed CityMall and Bulbul getting attention from both customers and investors.

With the deeper penetration of the internet and social media platforms as go-to-destination for buyers, the government is also likely to include social ecommerce platforms — Meesho and others — under the Consumer Protection (e-Commerce) Rules.