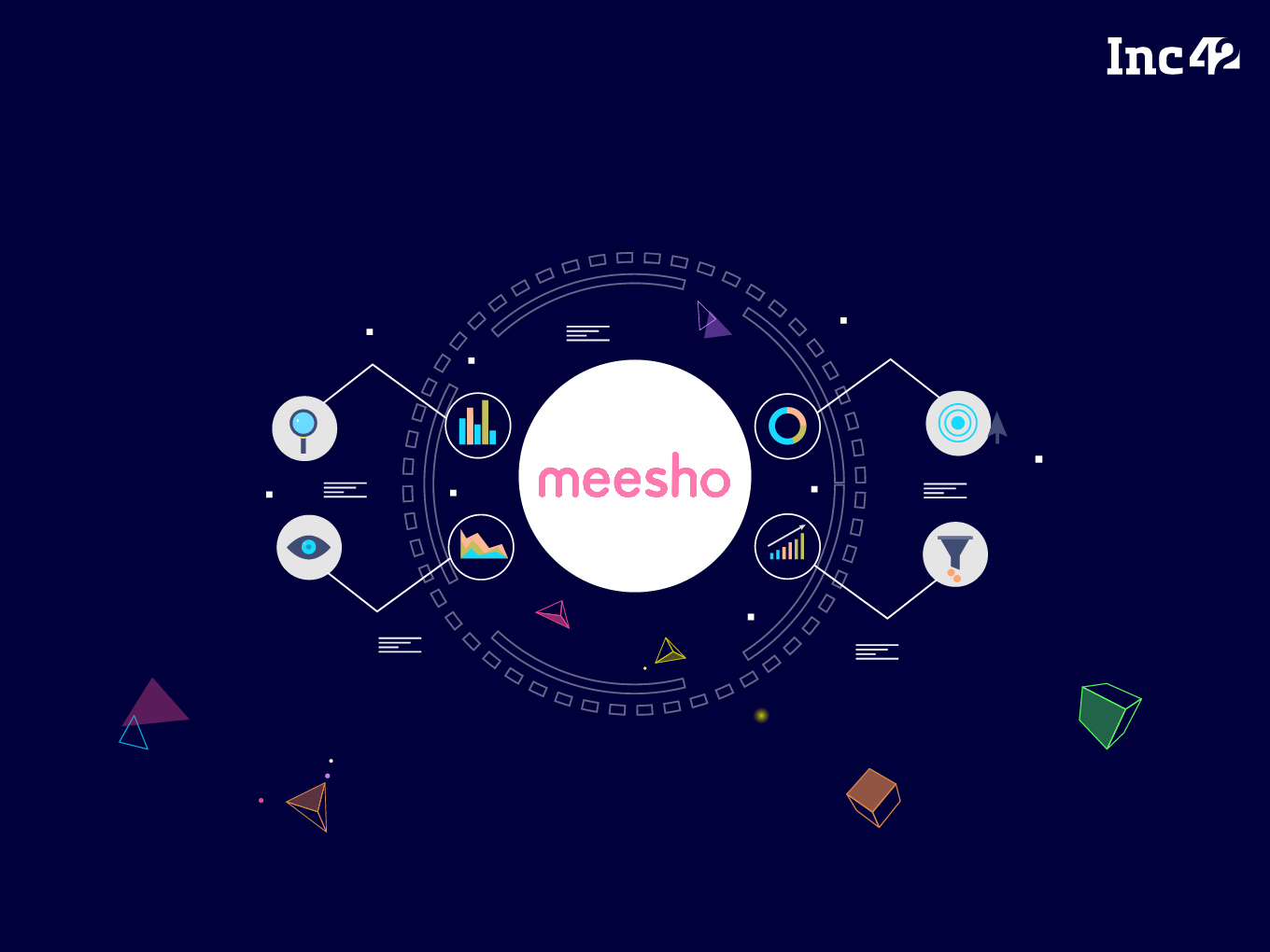 Meesho spent 91% of its total revenue for the year on deliveries alone.

The social commerce startup has raised $215 Mn from investors including Facebook, Shunwei Capital

With plans to enter new categories, can Meesho keep a check on its spiralling expenses to attract further investments?

With more than 500 Mn Indians relying on the internet and connectivity for everyday work and life, shopping online has become the norm too. Want an air purifier? Hit ecommerce sites and grab the one which suits your budget. While this may be second nature to many Indians living in cities, it’s not the case in rural or semi-urban India. Here online shopping is still governed by personal networks and that’s the network that social commerce platforms like Meesho want to tap.

Utilising the networks created by WhatsApp groups and other social media platforms, Meesho claims to bring in customers for online sellers at a lower acquisition cost.

While it’s now clear from the company’s rather tepid performance in FY19, Meesho’s model drew big funding from the likes of Facebook, Naspers, DST Partners, RPS Ventures and Shunwei Capital.

Founded by Vidit Aatrey and Sanjeev Barnwal in 2015, Meesho is a mobile-first ecommerce platform for resellers such as housewives or at-home individuals who then use channels such as WhatsApp, Facebook, Instagram and others to promote products within their personal network commonly referred to as social circles.

According to Statista, over 2.14 Bn people worldwide are expected to buy goods and services online by 2021. Further, social platforms having a large user base like WhatsApp (400 Mn), Facebook (241 Mn) and Instagram (72 Mn) is expected to act as a potential catalyst to fuel this growth.

Meesho claims to have more than 15K suppliers and 2 Mn resellers across India. It has raised $215 Mn from investors with a focus on building social sellers. And the company’s reports for the financial year ending March 2019 would not make good reading for these investors. Meesho has reported a loss of INR 100.24 Cr, a 19X increase from FY18.

Meesho: Bogged Down By Delivery Expenses

Meesho’s resellers shortlist products from its inventory and share these with their network of consumers, who could be family members, friends or other acquaintances. Resellers are allowed to sell the products at prices they deem fit for their target consumers, which is said to help sell in greater volume.

Once products are shortlisted by the end consumer, the reseller places the order with Meesho and enters the address details for the delivery, which is taken care of by Meesho. That model seems fine on paper, but logistics as it turns out is a killer expense for startups.

Filings showed that delivery is one of the biggest costs for Meesho. It accounts for 41.5% of the company’s total expenses — Meesho spent INR 76.98 Cr on logistics in FY19, a 18.8X increase from FY18. Just to put that in perspective, that’s 91% of its total revenue for the year on deliveries alone.

The other major expense for Meesho was employees — employee benefits makes up 33.5% of the total expenses or INR 21.1 Cr in FY19.

That’s lower than what Meesho gives as bonus, rewards and discounts to resellers. The INR 29.16 Cr spent in FY19 on this line item, is a whopping 42x Y-o-Y increase relative to the INR 68.17 Lakh in FY18.

While Meesho is spending heavily on supporting last-mile delivery for its social sellers, the company is also earning through them. The company’s revenue model is to earn delivery charges as well as 10- 20% commission based on the product from resellers. Further, it also charges a hefty penalty for product returns.

This is clearly visible in how the company earned for FY19. Meesho’s filings showed that it earned INR 41.14 Cr as commission in the year, a 32x increase from FY18. Further, the company earned a penalty income of INR 2.1 Cr in FY19.

Meesho currently has a workforce of 750 employees, is targeting 20 Mn resellers by 2020. With 50% of Meesho’s audience coming from Tier 2,3,4 cities, the company claims to have a presence in around 1000 cities.

Meesho is planning to bring more part-time employment opportunities for homemakers and unemployed women in smaller cities. “Without any capital investment Meesho provides them a very powerful platform in that sense,” Meesho cofounder Barnwal told Inc42 in an earlier interaction.

The company is also experimenting with new categories on the supply side, including travel packages, FMCG and beauty products, which could give it a significant boost on the income side, but Meesho’s future will depend on how well it manages to streamline its logistics and how far it can push its model in terms of customer reach for the new categories. Because that will tell whether investors would continue to back yet another cashburn-heavy ecommerce model.