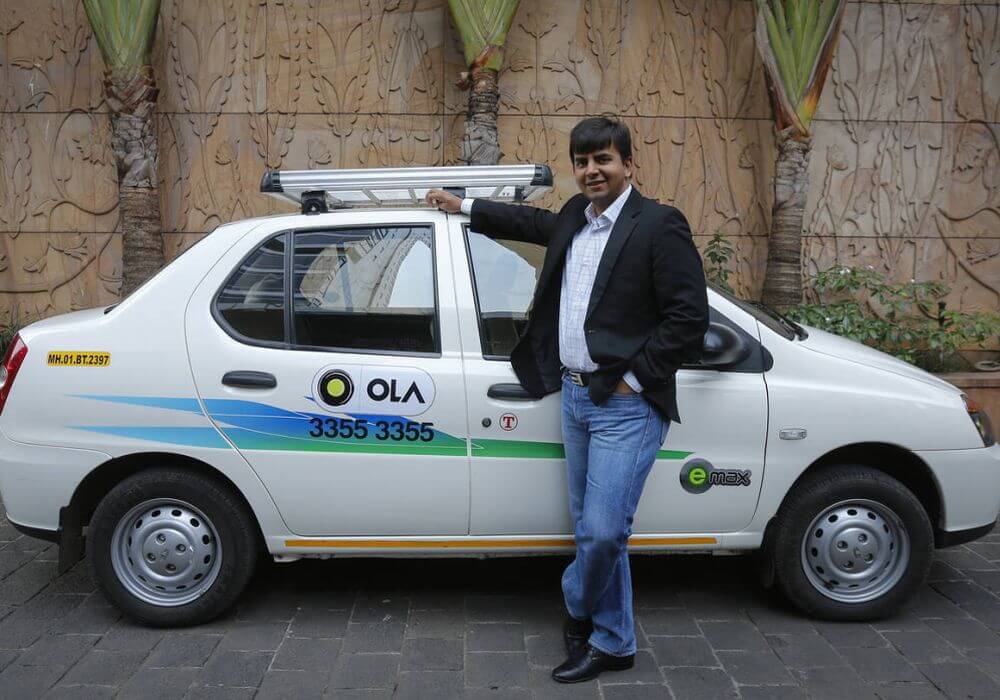 Bengaluru-headquartered cab aggregator Ola has reportedly raised $2 Bn in a fresh funding round led by the investment arm of Chinese Internet giant, Tencent. Existing investor, Softbank Group Corp, also participated in the round.

As per a report by ET, Tencent has poured nearly $400 Mn into the ride hailing startup, taking the latter’s valuation to $3.8 Bn. According to a source close to the development, “The investment has been completed and the understanding is that a sizeable portion will be allotted towards boosting the electric vehicle segment.”

Other backers in Ola’s latest financing round include a VC fund jointly run by the University of California’s investment arm, Ratan Tata and a number of US-based institutional investors.

According to some sources, the funding round is not yet complete and the amount could change in the coming weeks. As per another source, however, the deal with Tencent has been finalised and is currently awaiting the approval of CCI.

Intended to help Ola thwart competition from its biggest rival Uber, the $2 Bn funding will reportedly enable the ride hailing company to expand its fleet of vehicles and bolster its core technology platform. A portion of the funding will also be spent on onboarding drivers, especially in tier II cities across the country.

An email query sent to Ola did not elicit a response till the time of publication.

An Abundance Of Funding For Cab Aggregator Ola

Founded by Bhavish Aggarwal and Ankit Bhati in January 2011, Ola has so far raised funding of $3.9 Bn in 11 rounds from about 20 investors. The funding round of $350 Mn raised in February 2017 took its valuation to about $3.5 Bn. Later in June, the cab booking platform reportedly picked up about $50 Mn funding from hedge fund Tekne Capital Management, as an extension of its ongoing round.

Speculations about Tencent’s prospective $400 Mn investment in Ola first surfaced in July 2017, when it was reported that the Chinese Internet conglomerate was looking to provide the cab aggregator with the financial backing to compete against Uber and to help dilute investor SoftBank’s hold on the company. SoftBank currently holds over 40% stake in the company.

Around the same time, it was reported that Ola was in talks with Microsoft as well. The US-based technology giant was looking to invest $50 Mn-$100 Mn (INR 320 Cr-INR 640 Cr) in the home-bred cab aggregator. In exchange, the technology giant will acquire a minority stake in the ride-hailing startup. Ola currently uses Amazon Web Services (AWS) for its operations. If the suggested deal goes through, it will likely switch to Microsoft’s Azure Cloud Computing Platform.

A Bumpy Ride For Rival Uber

Compared to that, Ola’s biggest rival Uber reported losses upwards of $2.8 Bn globally in 2016. In India and managed to make only $3 Mn (INR 18.7 Cr) in profits during the same period. Towards the end of June 2017, CEO Travis Kalanick was asked to step down, following the controversy surrounding gender insensitivity in the workplace.

In July, After China, cab aggregator Uber called it quits in the Russian market, as well. The cab aggregator has announced a $3.7 Bn merger deal with Russian rival Yandex, which is owned and operated by Baltic search engine giant Yandex.

This was the second time that Uber handed over the reins of its international business to another company. Struggling to keep up with mounting competition, Uber had earlier decided to sell its China arm to rival Didi Chuxing in August 2016. Later in August, Uber found the captain of its ship in Dara Khosrowshahi, who led the online travel company Expedia at that time. The cab aggregator is currently facing a ban in London.

In the beginning of September, SoftBank Vision Fund CEO Rajeev Misra laid out hints that the Japanese investment giant was looking to make peace between rivals Ola and Uber. With the latest funding round, however, Tencent’s hold in the home-bred cab aggregator has increased. How big of an obstacle it would be in Softbank’s plans to consolidate two of the biggest players in India’s $10 Bn ehailing market remains to be seen.