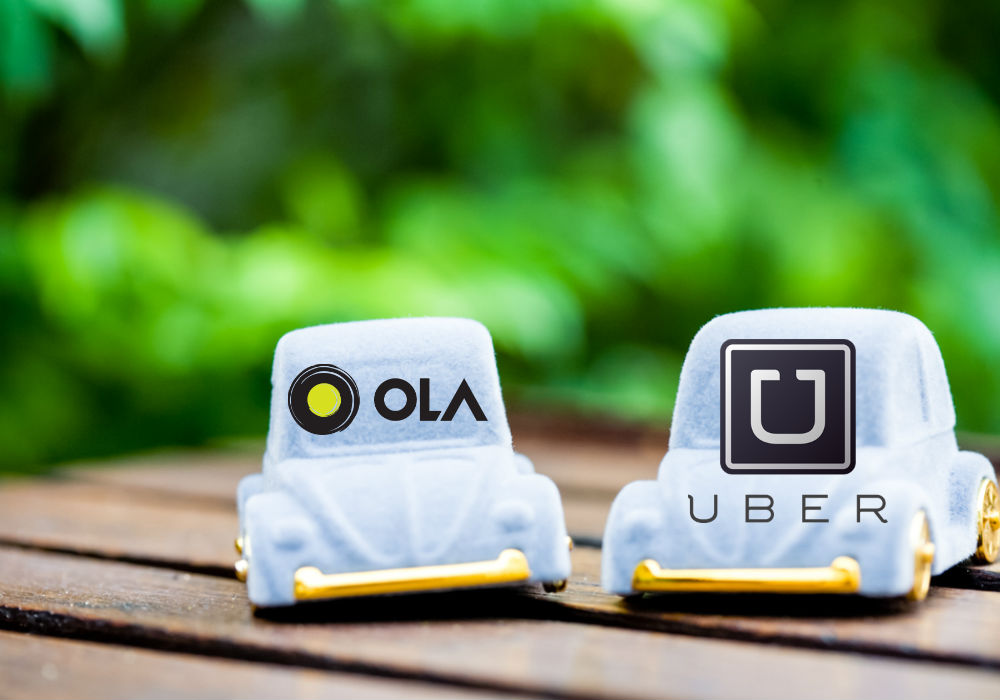 It seems SoftBank has still not lost hope in getting things right in its investee companies. In a recent ET interview, SoftBank Vision Fund CEO Rajeev Misra didn’t reveal much about the fund’s plan for investments but left many things to be read between the lines. He did majorly indicate the Japanese conglomerate’s intentions towards making peace between rivals Ola and Uber.

“We own more than 30% in Ola and we would own much less stake in Uber. We have owned the stake in Ola since 2014 and it does send conflicting signals. But we are hoping that we make peace between them at some point,” said Rajeev Misra.

He also highlighted the example of Uber and Didi Chuxing in China. Rajeev Misra said,

There are big egos of entrepreneurs and it’s not easy, it’s not all about economics. But we saw in China between Uber and Didi… at some point it made economic sense. Instead of both losing a billion dollars fighting, Uber did end up exiting and taking a stake in Didi.

SoftBank is currently pushing to grab at least a small stake in Uber after several failed attempts due to lack of consensus over pricing issues. As per a recent report by Recode, SoftBank offered to buy the stake at a valuation of $45 Bn, while Benchmark has stated that it will not consider anything less than $100 Bn in any case. “SoftBank has begun approaching other investors besides Benchmark in a continuing effort to acquire a piece of Uber,” added the media report.

SoftBank Vision Fund: Where The Support Lies For Ola And Other Portfolio Companies

In the last 12 months, the fund has made investments of about $5 Bn which includes Indian companies such as Paytm, OYO, Flipkart and Ola.

As reported, SoftBank currently holds more than 30% stake in Ola. With Ola restricting SoftBank ownership in the company, SoftBank has lately not invested much in Ola. However, SoftBank does have plans for the Indian cab aggregator. In May 2017, news surfaced that SoftBank is looking to make Ola an electric car manufacturer. The idea was to transition Ola’s current cab-aggregator model into an electric car manufacturing company, working in partnership with global car maker, Toyota.

While it has already fuelled Paytm with $1.4 Bn investment this year, it further plans to take OYO global as the ‘concept is new and not available across the world,’ opined Rajeev Misra.

Regarding Flipkart, wherein SoftBank recently invested $1.4 Bn, he said, “It is a two-player competition now (in Indian ecommerce). They have certain niches where they are strong like Myntra with the apparel business which we will protect. The objective with Flipkart is not to take it global because we are helping them share technology with others. But the objective is to hold 70% market share in India.”

Is SoftBank Looking For More Consolidations?

SoftBank suffered a major hit when the Snapdeal-Flipkart merger dropped on the floor in July this year after months of discussions. Now, its inclination towards getting Uber on its portfolio may hint towards a consolidation.

Also, with SoftBank’s entry into the Flipkart camp, things have become a bit complex considering the scenario. SoftBank is now an investor in both Paytm and Flipkart. On the one hand, Flipkart is trying to enter into payments space with Phonepe, while, on the other, Paytm (which is backed by Alibaba, and SoftBank) is trying to gain market share in Indian ecommerce with Paytm Ecommerce. So, in future, this may again lead towards some friendly consolidations, with SoftBank at the centre.

As Rajeev Misra indicated, “I don’t think Flipkart’s focus is on its payments business. Yes, Paytm has a small ecommerce business. Look, we still own 28% of Alibaba. We are very close to Alibaba. So, there is always room, there will always be room for consolidation if it makes sense. We are a new investor in Flipkart, we have given them certain KPIs for the next 12 months. Let’s see where they get to.”

Will SoftBank be able to make peace between Ola and Uber? This answer will surely be unveiled in the coming few months with Uber’s new CEO Dara Khosrowshahi planning to take the company public in the next 18 months. But, it does seem that, with its Vision Fund, SoftBank is desperately trying to gain a foothold in the hottest segments of the Indian consumer internet market, yet again. And is further looking for more consolidations.

And as a TOI report stated a comment from Rajeev, “Whether we do it (consolidate the market) or not, consolidation is a part of human evolution. On the internet, the winner takes all. You have to emerge as the winner or merge with the winner. There is no room for a No. 3. Look at mature markets like China and the US, some do not even have a No. 2 player.”

The report also added, “The present strategy is to connect the investee companies with the global ecosystem by taking regional firms to international markets and bringing its global portfolio companies to India, which in turn would help all to benefit from new technology adoptions. Once that’s done, the venture capital fund could explore consolidation opportunities. In three to four years, we can effect mergers in these companies to affect scale as they become bigger.”

SoftBank has, to date, emerged as one of the most aggressive investors in the Indian startup ecosystem. The way it pushed Snapdeal into a merger with Flipkart has led other investee companies to take precautionary measures. There can be no comment as of now for the fates of Ola and Uber. However, Rajeev Misra’s statements have cleared the air around SoftBank’s intentions in the Indian consumer internet market, which is currently worth $65 Bn as per a RedSeer Report.