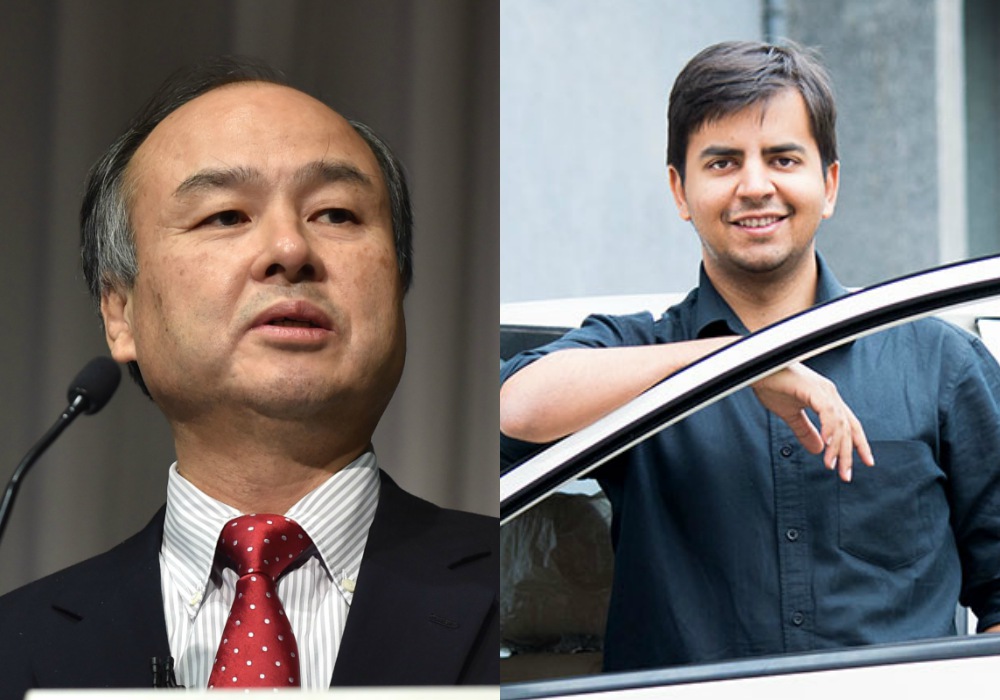 Japanese investment firm SoftBank seems to be consolidating all of its bets in India. After Snapdeal, it’s time for Bengaluru-based cab aggregator Ola. As per a recent report by FactorDaily, SoftBank is in talks with Ola’s major stakeholder Tiger Global to clinch its shares. Citing unnamed sources, the publication stated that SoftBank is looking to buy Tiger Global’s stake in Ola for about $700 Mn.

SoftBank currently holds over 40% stake in the company after the last financing around. Details of Tiger Global’s holding in Ola are unavailable.

A Tiger Global spokesperson declined to comment on the development. In an email sent to Factor Daily, the spokesperson said, “Mr (Lee) Fixel appreciates your interest but respectfully declines to comment.” Fixel is Tiger Global’s fund manager and partner. He is credited for his role in several Indian startups.

A mail sent to Ola awaited a response at the time of publication.

The news comes just a few days after Ola made changes in its shareholding terms, looking at Snapdeal’s current situation. The latest articles of association (AoA), filed by Ola’s holding company ANI Technologies Pvt. Ltd, restrict the purchase of Ola shares by investors without founders’ consent.

The document states “Any transfer of equity shares by Ola investors representing 10% or more of the company’s capital will need to be approved by the Ola co-founders.”

Most importantly, as per the amendment, SoftBank cannot buy more equity shares in Ola, unless to maintain its existing shareholding in the company.

The company has also added terms regarding the addition of new members on the Advisory Board of the company. As mentioned, SoftBank will have the right to appoint one more director “provided that such person is reasonably acceptable to the founders, and all other shareholders.” SoftBank has already nominated one member to the Ola Board. However, this condition will not apply if, post the new funding deal, SoftBank ends up having 50% shareholding in the company.

Also, it stated that Ola will issue more shares to the founders Bhavish Aggarwal and Ankit Bhati, to keep their shareholding in the company between 10.9% and 12.38%.

Owing to these developments, SoftBank may take up Tiger Global’s stake to increase its shareholding in the company. SoftBank founder Masayoshi Son has played a key role in forcing the Flipkart-Snapdeal merger.

India – Catching A Tiger By The Tail

Founded in 2001 by Charles P. Coleman III, Tiger Global has to date raised $9.24 Bn funds. It manages capital in a variety of funds. This includes a series of 10 private equity funds (which range from early to late stage VC), a long-biased fund and a hedge fund. The firm primarily focuses its investments in China, Southeast Asia, Latin America, and Eastern Europe. Tiger Global’s India bets come from the private equity funds.

In the same year, Tiger Global revealed its plan to slow down its funding spree in India. As a result, in 2016, it participated only in four startup funding rounds. As per sources, Tiger Global is still aiming to cut its India bets.

According to a Business Standard report, till May 2016, Tiger Global has invested $1.25 Bn in 101 Indian firms and managed to make seven exits, worth $473 Mn. This included Caratlane, Babyoye, Just Dial and a partial exit from MakeMyTrip. Apart from this, the firm has participated in every fund-raising round of Flipkart. It has pumped in over $1 Bn till date and holds 28% stake in the Indian ecommerce giant.

In December 2016, it was reported that Tiger Global was in talks with Flipkart to participate in its funding round which could be up to $1 Bn. Now after the completion of the round Tiger has reportedly sold a part of its holding in Flipkart’s recent $1 Bn fundraise. As per another recent report, Tiger was in talks with SoftBank to ‘sell a part of its stake in Flipkart in exchange for a merger with Snapdeal. The report suggested that it was looking to divest a third of its shares in exchange for $1 Bn from SoftBank. This would enable Tiger to recover its bet on Flipkart and still retain a 20% stake in the Indian ecommerce giant.

Ola – The Story So Far

Founded by Bhavish Aggarwal and Ankit Bhati, in January 2011, Ola has raised total equity funding of about $1.9 Bn in 10 rounds from about 20 investors such as Tiger Global, DST Global, and Softbank.

Later, SoftBank reported a $1.4 Bn loss on two major investments in India, Snapdeal and Ola. Earlier, SoftBank Group Corp had marked down close to $555 Mn in the same Indian investments, Ola and ecommerce portal Snapdeal, as per its six-monthly earnings report, ending September 2016. Later on, the company wrote off around $475 Mn in its combined shareholding value in Ola and Snapdeal, for the period ending December 31, 2016. In November 2016, Softbank infused $260 Mn into the cab aggregator, thereby, reducing its valuation to $3 Bn from earlier $5 Bn.

Was the change in AoA done in anticipation of SoftBank’s move to take up Tiger’s stake? Or was it done only to strengthen the say of founders about the future of the business? Only time can tell.

With SoftBank’s investee company Didi Chuxing holding a stake in Ola, if the deal between Tiger Global and Softbank goes through, Ola’s future in India may come under a pall. With the other possibility of Softbank strong-arming Snapdeal into a merger with Flipkart, will Ola’s fate go the same way? Or will the funding and backing of China’s biggest ride-hailing app give it enough teeth to duke it out with Uber? Watch this space as the story develops.