We bring to you the newest edition of News Roundup: Indian Startup News Stories Of The Week.

One of the biggest Indian startup news stories of the week was that an Amazon delivery boy and employee were arrested for cheating. Amazon employee and a former delivery executive would collect items scheduled for return before authorised personnel could pick up the product and steal them. Amazon Indian employee would allegedly provide the accused with details of customers who wished to return their products.

Also, US-based footwear brand Skechers has been offered an out-of-court settlement by the walmart-backed company Flipkart. Flipkart has offered some cash payment and a commitment to do a certain amount of business for Skechers as an offer to settle out of court. In December 2017, Skechers had accused Flipkart and four of its sellers of selling fake ‘Skechers’ products The GST Anti-Profiteering Authority has ordered an audit of major ecommerce companies including Flipkart and Amazon India. The exercise aims to examine whether the online retail companies have refunded the excess GST collected from the consumers. This development comes in line with the change in rates by GST Council on over 200 items of daily use.

Treebo Lays Off 10% Of Its Workforce

Hospitality company Treebo has announced that the company has laid off about 10% of its 800-strong workforce which round offs to 70-80 employees. The layoffs are in line with the company’s efforts to double down on its technology products and processes and it further looks to rationalise its costs. The management has offered two months’ salary as a severance package to the laid-off employees. Paytm To Launch In Japan, Takes Stand On Data Localisation And More

Flipkart Creates Alliance With Hotstar, Shuts Down eBay.in And More 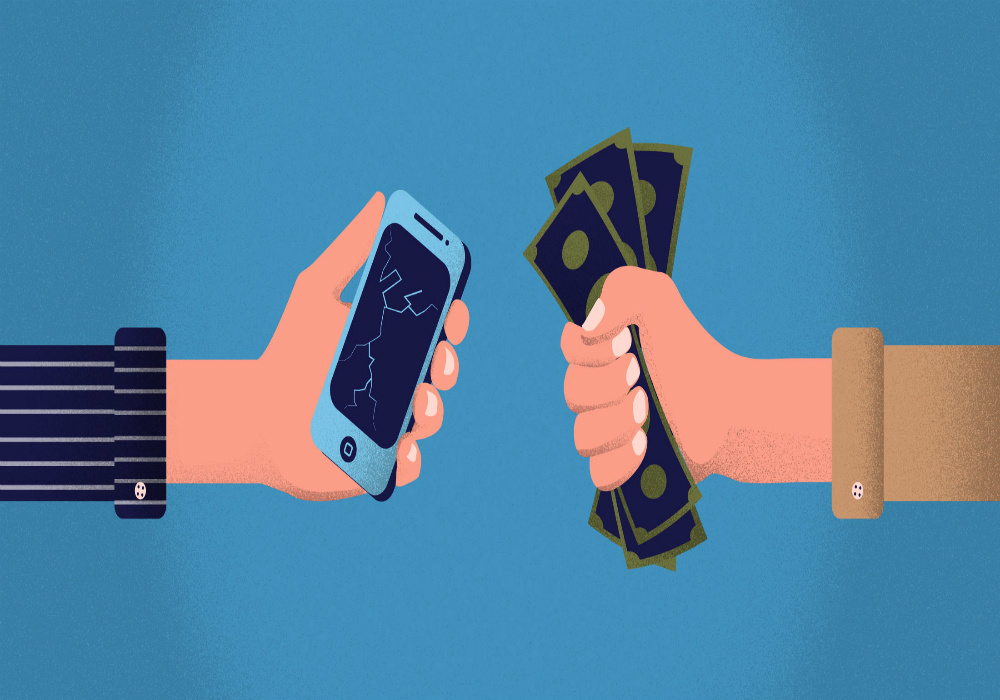 Cash On Delivery Is Illegal For Ecommerce Companies, Says RBI

RBI has said that the aggregators/payment intermediaries like Amazon and Flipkart are not authorised under Section 8 of the PSS (Payments and Settlements Systems) Act 2007. The RBI has further said that if ecommerce firms have been collecting cash on delivery on behalf of merchants without its authorisation, then there must be a grey area in the law they are exploiting.

The announcement will be effective from August 1. Such transactions would be blocked in the UPI central system and has also asked payment service providers and banks to block such transactions at their end. By doing this, the NPCI wants to stop transactions that don’t serve any known use case. IRCTC To Help Startups And Increase Amount Charge From OTAs

The Indian Railway Catering and Tourism Corporation (IRCTC) has increased the amount it charges from online travel aggregators (OTAs) for allowing them to sell railway tickets on their platforms It has also relaxed some of its norms with a view to enabling smaller players and startups to offer railway ticket booking services.

Prime Minister Narendra Modi, while addressing the BRICS Summit, has announced that India wants to work with the BRICS nations on the Fourth Industrial Revolution. He has also called for sharing the best practices and policies in the area. Further, he said that technological innovations can help enhance service delivery and productivity levels. 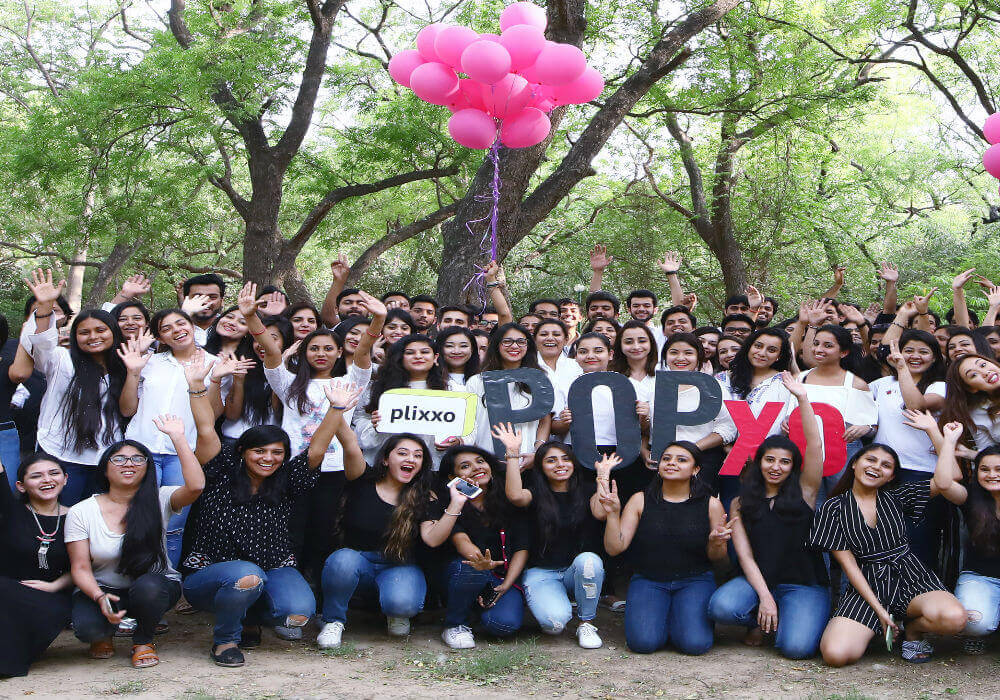 New Delhi-based digital media startup POPxo has ventured into ecommerce with its private label merchandise. The website will include products such as mugs, laptop bags, canvas pouches, and tote bags among others. The startup has so far raised $11 Mn funding from investors such as IDG Ventures India, Kalaari Capital, and others. It plans to offer well-priced, stylish products that can appeal to women.

The draft of the Data Protection Bill weakens the RTI Act but maintains much of the status quo of Aadhaar Act. It also strengthens the Unique Identification Authority of India’s (UIDAI) power when it comes to Aadhaar related legal action by maintaining that only UIDAI can approach courts in case of any Aadhaar disputes.

FSSAI Asks To Debar FBOs Without A License

The Food Safety and Standards Authority of India (FSSAI) has asked 10 online food delivery platforms to debar food business operators (FBOs) that don’t have a license obtained from the regulator. The order was issued after a series of complaints related to sub-standard food being supplied by food businesses listed on the platforms had increased. The order also came so that the FBOs listed on the platform comply with the food safety rules and regulations.

The launch of Whatsapp Pay has been further delayed as the ministry of electronics and information technology (MeitY) is seeking for more details. The ministry has asked Whatsapp and its partner banks to supply more details on the payments system. It has also asked the National Payments Corporation of India (NPCI) to confirm whether Whatsapp is fully compliant with its requirements.

Shopmatic Launches In UAE And Partners With Network International

Housejoy and NestAway have announced a partnership to repair and refurbish old NestAway properties. Housejoy will be providing services ranging from maintenance and home repairs to plumbing, electrical services, home cleaning and carpentry services in cities like Bengaluru, Hyderabad, Delhi, Mumbai, and Pune.

Former CEO of iStream, Radhakrishnan Ramachandran has launched Studio Mojo to tap into the fast-growing regional video entertainment market. Studio Mojo will be pursuing a multi-prong approach to cater both long and short format content and will be create short format content for platforms such as Youtube, Facebook, Twitter, and Instagram. It will also be licensing regional language content to Telcos, IPTV players and OTT players.

PayU has launched PayU to bring the country’s small and medium businesses (SMBs) to the digital mainstream. The new platform will allow offline businesses to create their online identity by having their own business page where they can accept all kinds of digital payments directly into their bank account. It will also offer 100% online KYC.

B2BAdda.com has announced integration of new product categories and services on its platform. It will be adding additional services like corporate gifting, meal cards, gift cards, and merchandising to its B2B customers in association with various partners. The company plans to add over 80K retailers to its platform by the end of 2020.

Monexo Fintech Enters Into An Alliance With Cube Wealth

Edutech company NeoStencil has entered into an MOU with RedCarpet to offer financial aids to students preparing for premium government jobs. The collaboration will support students who want to start learning right away but want options to put back the tuition fee over a time period. The pre-finance option is a significant move to boost students subscribing on its platform for preparation of different government examination and jobs.

Wibmo Inc has announced the launch of Trident risk-based authentication system in line with market needs for frictionless payments. Trident RBA will be using insights into consumers behaviour and past payment characteristics to deliver both secure and seamless payment experience to consumers.

OYO Hotels has signed an MOU with SBI Bank and Bank of Baroda to offer financial fillip for small hotels. It has signed an MOU to extend its support to budget hotels and to create jobs across levels. The MOUs will enable financial support for OYO’s existing and potential hotel partners for fueling transformation and standardisation at their properties. They will also be nurturing micro-entrepreneurs and generate more jobs.

Udacity has announced 200% revenue growth in their India business from 2016 to 2017. This growth was driven on the back of localisation of courses for the Indian students and customised solutions for enterprise clients. Udacity has already done more than twice the enterprise business revenue of 2017. It has also partnered with IT giants like Infosys, Wipro, and new age companies like Myntra and Flipkart.

Stay tuned for the next edition of News Roundup: Indian Startup News Stories of the week!