This week 21 Indian startups raised about $125 Mn in funding altogether in the Indian startup ecosystem and three startup acquisitions took place. (The startup funding calculations are based on the startups that disclosed their funding amounts)

One of the biggest funding this week in the Indian startup ecosystem was said to be of Nestaway garnering $50 Mn (INR 330 Cr) through the UC-RNT fund, an investment vehicle sponsored by Tata Sons chairman Ratan Tata & the University of California. The company’s existing investors Tiger Global and IDG Ventures India were also said to participate in the financing round. However,  the company spokesperson didn’t confirm the funding and termed it as market speculation only.

Another important Indian startup story of this week was reports of Gurugram-based online insurance aggregator PolicyBazaar, along with its lending platform Paisabazaar exploring IPO prospects, and is planning for the public listing by next year. The company aims to raise its value from the existing $500 Mn to $1.5 Bn through the IPO.

It was also reported that Alibaba along with Paytm Mall is all set to acquire around 35% – 40% stake in hyperlocal grocery delivery startup BigBasket against an investment of $300 Mn. The deal is expected to be announced soon and will make BigBasket gain a post-money valuation of $850 Mn.

Dunzo: Making it the third biggest Indian startup funding of the week, Bengaluru-based hyperlocal services startup Dunzo raised $12 Mn (INR 77 Cr) in a funding round from Google, Blume Ventures and Aspada. With the raised funding, the Indian startup plans to expand in five to six other cities apart from Bengaluru and also scale up its transactions from one lakh per month to one lakh per day by 2018.

Graphic India: Bengaluru-based Graphic India, a digital comic heroes developer raised $5 Mn (INR 32 Cr) in a funding round led by investors at the US-based Liquid Comics along with Start Media LLC; Julian Farrior, co-founder of Backflip Studios; Mohandas Pai’s 3One4 Capital; Neeraj Bhargava, founder of Zodius Capital among others.With this funding, Graphic India will create and launch more characters into the international markets as well as expand beyond digital comics and animation, into original mobile content, live-action TV/Film and VR/AR.

Rentickle: Based in Gurugram, an online rental platform for furniture and home appliances Rentickle, raised $4 Mn (INR 25.7 Cr) in a funding round led by Singapore-headquartered VC ThinKuvate and CX Partners Chairman Ajay Relan. The round also saw the participation of existing investors. The fresh capital was secured through a combination of equity and debt in the ratio of around 45:55. The debt line was secured by Delhi-based NBFC DMI Finance, while the equity funding was raised entirely from ThinKuvate & other existing investors. The financing will enable Rentickle to expand its geographical reach and bolster its product portfolio. A portion of the investment will also be utilised to drive internal growth.

Mobycy: Gurugram-based dockless bicycle sharing startup Mobycy raised a Seed funding of $500K (INR 3.21 Cr) from an Angel Investor based out of USA. Through the raised funds, the Indian startup aims to increase the existing number of cycles to 50K & expand to 12 more cities in next six months and 20 key cities by 2018.

Flintobox: Chennai based edtech startup Flintobox raised  Series A funding of $7 Mn (INR 45.1 Cr) in a round led by early-stage venture capital firm Lightbox. Existing investors Globevestor, Ashwin Chadha, Asian E-Commerce Alliance and Mauj Mobile also participated in this round. The startup will use the newly raised funding to expand its business in the unorganised pre-school segment through its enterprise offering, ‘FlintoClass’.

Param.ai: AI-Based hiring solutions startup Param.ai raised $271.4K (INR 1.75 Cr) in a seed funding round led by the US-based Institutional Fund Core Financials LLC and Bollywood actor Ashish Vidyarthi. The funding will be used to facilitate the product’s upcoming version which will have automated outbound hiring, candidate engagement and a few other features.

HandyTrain: Goa-based corporate training platform HandyTrain, raised $1 Mn in a Pre-Series A funding round led by Dubai-based NB Ventures. The raised fund will be further used for improving the software and increasing the efficiency of its training courses. 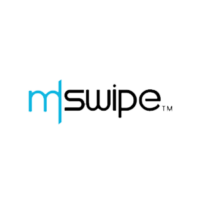 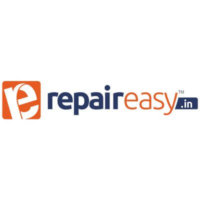 Repaireasy: Gadget servicing startup Repaireasy has raised an undisclosed amount of funding from Mumbai-based Startup accelerator ScaleMinds. The company was selected during the Investor Pitch that took place in front of a Board of Investors during FundTonic Pune Startup Marathon 2017 that took place in Pune recently. 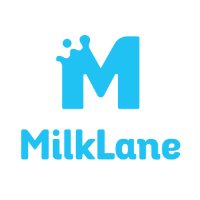 MilkLane: MilkLane, a dairy supply chain company, has raised $4 Mn in Pre-Series A funding from Pioneering Ventures, Schreiber Foods and ultra-high net worth families. The dairy-tech company plans to utilize this capital to expand its network of milk collection centers and strengthen its digital & analytics capabilities in the supply chain.

The Label Life: The Label Life, an online lifestyle brand of contemporary fashion, accessories and home decor has raised $3.1 Mn from Kalpavriksh, the Centrum’s maiden PE fund under Centrum Alternatives LLP. With the funding, the startup plans to aggressively expand the label, double the SKUs, explore an omnichannel strategy and focus on collaborations & partnerships.

The Man Company: Kolkata-headquartered FMCG company Emami has backed Helios Lifestyle, which owns and operates men’s grooming platform, The Man Company (TMC) with about $3 Mn funding. As part of the deal, Emami will be acquiring 30% equity stake in the Gurugram-based startup.

Ultraviolette: TVS announced that it has bought a 14.78% stake in Bengaluru-based electric vehicle startup Ultraviolette Automotive Pvt. Ltd against an investment of $700K (INR 5 Cr). The startup aims to build an ecosystem that addresses the transportation needs of an urban environment by designing and developing electric motorcycles and battery packs with a modern premium look.

FlexiLoans: Mumbai-based digital SME lending platform FlexiLoans has raised an institutional debt funding of about $7 Mn (INR 45 Cr) from Financial Institution(s). The funding will be used to expand its proprietary loans and supply chain financing segment.

It was also reported that eyewear retailer Lenskart has picked up a minority stake in Israel’s Tel Aviv-based startup 6over6 for $1 million. 6over6 allows consumers to determine the power of their lenses fitted in their eyeglasses through a smartphone application. The Lenskart officials describe it as a strategic partnership through which the company will co-develop the product and align their interests.

Also, Amazon NV Holdings, the investment arm of Amazon.com, has filed an application with the Competition Commission of India (CCI) to acquire 5% minority, non-controlling stake in departmental store chain Shoppers Stop. Through its investment in Shoppers Stop, will get Amazon a minor stake in Future Retail. The retail arm of Future Group acquired Hypercity from Shoppers Stop in October this year, as part of a $101.5 Mn (INR 655 Cr) cash-and-stock deal.