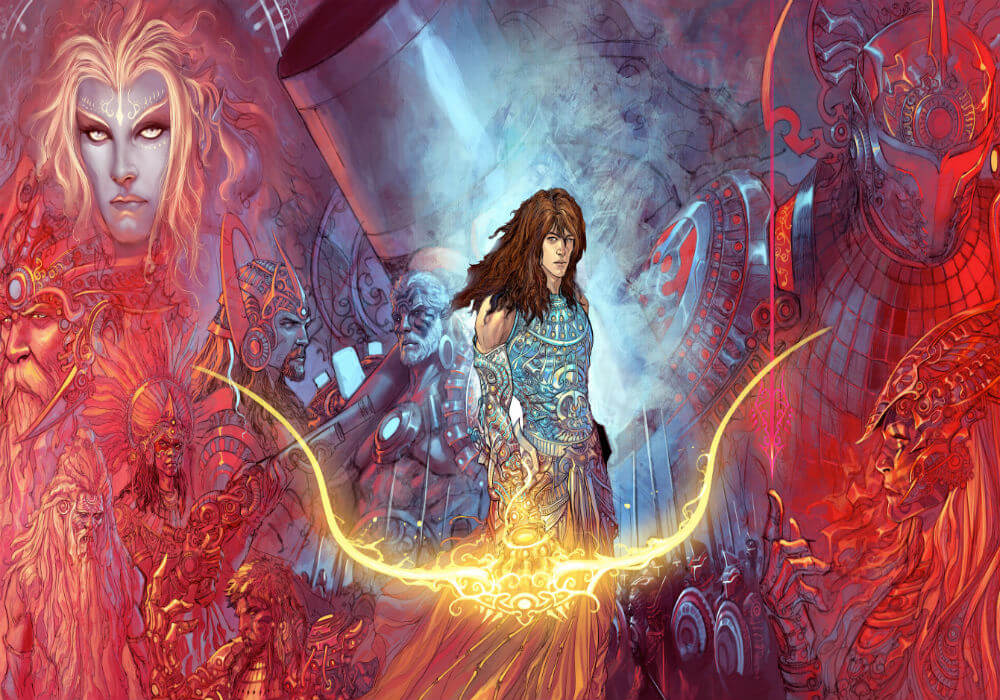 The funding round was led by investors at Liquid Comics with a group of global media and investment leaders participating, including Start Media LLC; Julian Farrior, co-founder of Backflip Studios; Mohandas Pai’s 3One4 Capital; Neeraj Bhargava, founder of Zodius Capital among others.

With this funding, Graphic India will create and launch more characters into the international markets as well as expand beyond digital comics and animation, into original mobile content, live-action TV/Film and VR/AR. In 2015, the comic characters and superheroes creator had raised seed funding of $2.8 Mn (INR 17.5 Cr) from investor CA Media LP, the Asian investment arm of The Chernin Group, LLC (TCG), and NY-based investment group Start Media.

Sharad Devarajan, co-founder & CEO of Graphic India stated, “In today’s media landscape, if the content is king, then the globally appealing multi-platform content is the god. Our mission at Graphic India is to create characters and stories that are uniquely Indian, but entertaining and inspiring to audiences around the world. India has the world’s largest youth population and its time it shared an equivalent portion of the annual multi-billion-dollar character entertainment industry. We believe the next JK Rowling, Steven Spielberg, Miyazaki or Stan Lee is here in this country, ready to transform the world with their stories.”

Graphic India has successfully developed many characters including Shadow Tiger, Devi and the mighty Yeti, and has created content with leading icons from East and West, including Stan Lee, Amitabh Bachchan, Grant Morrison, S.S. Rajamouli, Arka Media Works among others.

Rajesh Kamat, one of Graphic India’s Founding Board Members who represents, CA Media said “As the Indian market adds numerous distribution platforms across traditional linear broadcasters and new digital offerings, Graphic India’s groundbreaking quality and premium positioning in the market will offer increased opportunities for the business from these platforms who will need high-quality content to differentiate and compete. As they move into live action and virtual reality, Graphic will continue to lead India’s character entertainment industry with multi-platform superhero properties.”

Indian Comics and entertainment space has seen a huge gap in terms of character developments and bringing the same in motion pictures. Since comic superheroes, Chacha Chaudhary, Nagraj, Dhruva, and Doga by Diamond Comics and Raj Comics, the superheroes could not be adapted in motion pictures (successfully) by the film and entertainment industries, unlike the US, where DC Comics and Marvel have successfully transformed their superheroes into multi-billion dollar market. However, backed by US-based Liquid Comics, Graphic India recently made successful comic series on one of the most successful superhero-oriented movies Baahubali. Latest digital India campaigns and increasing smartphones’ users will further bolster the comic superheroes/character development in digital media and entertainment space.