India To Ban 54 More Apps Linked To Tencent, Other Chinese Tech Cos

India To Ban 54 More Apps Linked To Tencent, Other Chinese Tech Cos 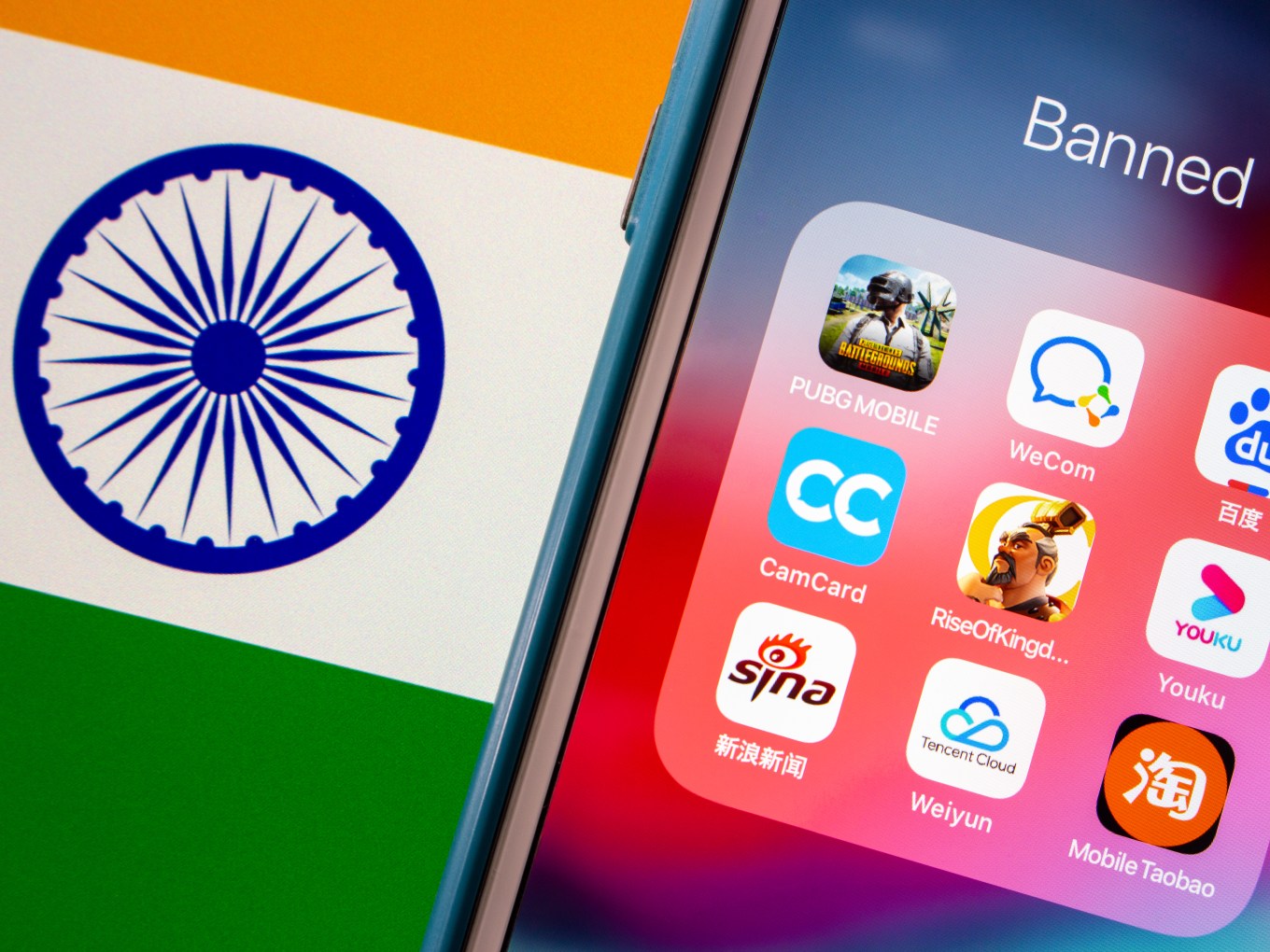 The likes of TikTok, CamScanner, PUBG and others were ejected from app stores in India in 2020

The Indian government has banned 54 more apps and games of Chinese origin, with publishers and tech giants such as Tencent, Alibaba, NetEase and others seemingly impacted by this latest crackdown.

The latest batch of banned apps are said to include those operated by Chinese tech giants as well as “rebranded or rechristened avatars” of apps that have been banned in India since 2020, when the likes of PUBG, TikTok, CamScanner and others were ejected from app stores in India.

As per a NDTV Gadgets 360 report, Google has confirmed that the government has sent an order to ban access to the above apps. “On receipt of the interim order passed under Section 69A of the IT Act, following established process, we have notified the affected developers and have temporarily blocked access to the apps that remained available on the Play Store in India,” a Google spokesperson was quoted as saying.

A government statement on the ban said, “These 54 apps allegedly obtain various critical permissions and collects sensitive user data. These collected real-time data are being misused and transmitted to servers located in hostile country.”

The apps are also said to have other capabilities that raised serious concerns such as espionage and surveillance activities “These apps were allegedly engaged in activities prejudicial to the sovereignty and integrity of the country also posing serious threat to Security of the State and defense of India.”

Why Were The Apps Banned?

An ET report claims that the ministry of electronics and IT issued the ban order as these 54 apps were transferring sensitive data of Indian users to servers in China and other foreign countries.

It also says that the government has taken cognizance of banned apps being available as installation files or APKs for Android devices. How exactly it is doing this is unclear. Modified versions of PUBG and TikTok have been available ever since they were banned from India in 2020.

“Many of the apps from the stable of Tencent and Alibaba, have changed hands to hide ownership. They are also being hosted out of countries like Hong Kong or Singapore, but the data was ultimately going to servers in Chinese destinations,” an official is quoted as saying.

A cursory search on the Google Play Store this morning (February 14, 2022) shows that popular games such as Battlegrounds Mobile India and Free Fire Max continue to be available in India. However, one variant of the Free Fire series – Free Fire Illuminate – has been banned as per the order.

In June 2020, the Indian government banned 59 Chinese mobile apps in India, including TikTok, UC Browser, ShareIT, ES FileExplorer, Clash Of Kings, Helo, Likee, CamScanner, Shein among others on the grounds of threat to sovereignty and security of the country. Then in July it banned another 47 apps that were operating as the clones of the 59 Chinese apps banned the previous month.

In August 2020, the government had barred the ‘pro’ or ‘lite’ versions of TikTok and fellow ByteDance app Helo that were banned in June. Then in September, the government announced a ban on gaming sensation PUBG and 117 other mobile applications, including Baidu, Ride Out Heroes NetEase Games, Soul Hunters, Rules of Survival amongst others.

The ban came on the back of rising geopolitical tensions between India and China , after border clashes between the two armies in Ladakh’s Galwan Valley in June 2020. While it is not clear which apps have been banned in the 2022 crackdown, there is a major geopolitical threat this time around too with the situation in Ukraine and Russia’s advances.

India is the largest market for mobile apps and games outside of China. India had the second-highest number of mobile app downloads in the world in 2022, with over 27 Bn downloads coming from the country, whereas the United States only clocked 12.2 Bn app downloads, according to App Annie.