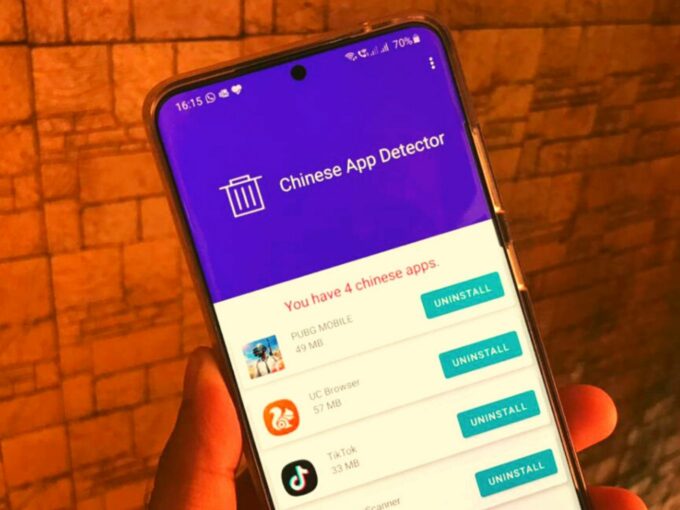 The ministry of information technology, on Monday (June 29), announced that it has banned 59 Chinese mobile apps in India, including TikTok, UC Browser, ShareIT, ES FileExplorer, Clash Of Kings, Helo, Likee, CamScanner, Shein among others on the grounds of threat to sovereignty and security of the country. 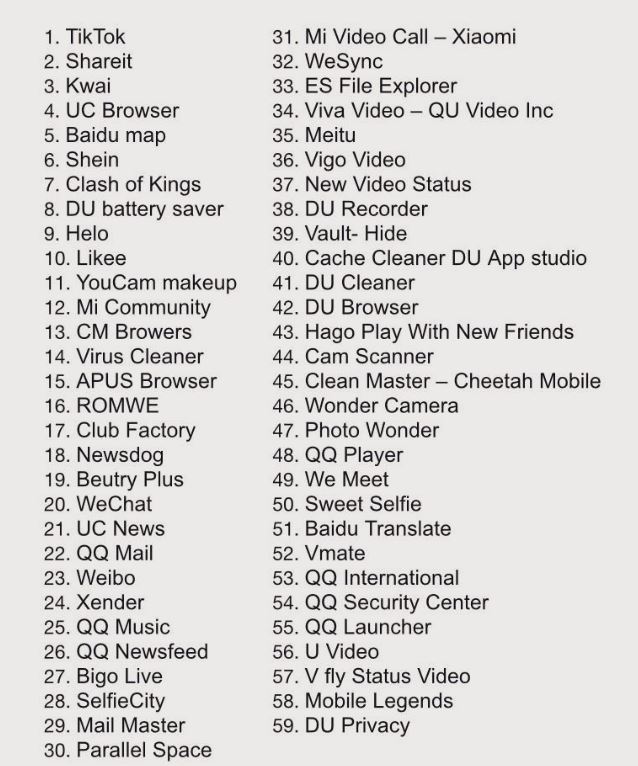 The official statement from the ministry of IT and electronics said that the government had to look into the apps after many complaints in the public domain to take action against apps which are allegedly making it easier for data from Indian users. The order covers apps on both iOS devices by Apple and Android devices as well as any non-mobile counterparts.

The apps are said to be siphoning off data of Indian users in an organised manner and transferring data to servers outside the country. Further, it stated that to put an end to such data theft, the government has taken immediate action to ban these malicious apps.

It added that the Computer Emergency Response Team (CERT-IN) has received feedback from citizens about the security of data and breach of privacy in these apps. “Likewise, there have been similar bipartisan concerns, flagged by various public representatives, both outside and inside the Parliament of India. There has been a strong chorus in the public space to take strict action against Apps that harm India’s sovereignty as well as the privacy of our citizens.”

With border tension between India and China reaching new heights, the data released by industry tracker SensorTower also had revealed that the download of Chinese live-streaming apps such as Bigo Live, short-video app Likee and popular gaming app PUBG Mobile fell in June while the download of ByteDance-owned TikTok and Help also continued to plummet, which has seen fall since April. It must be noted that PUBG is not on the list of banned apps.

In addition to this, the report also showcased that TikTok downloads fell by 5% from April to May and 38% from May to June 22, while Helo saw a 10% fall in May and 38% from May until June 22. Needless to say, Chinese internet companies today are estimated to have about 300 Mn unique Indian internet users. In other words, two-thirds of the about 504 Mn internet users in India use at least one Chinese app. Now, the question remains whether Indians will be able to find an alternate app which can be trusted, or what will happen to the Indian internet users who are using these platforms?

Recently, the Confederation of All India Traders (CAIT) had condemned Chinese smartphone manufacturer, Xiaomi’s India head Manu Jain for his recent comment about anti-China sentiments in the country. The traders association had called this ‘insensitive and disrespectful’ claiming that they hurt the sentiment of millions of Indians. Jain had told that boycott Chinese sentiments in the country exists only on social media platforms.

Today, smartphone brands like Oppo and Xiaomi are leading the Indian market with an estimated 66% share, are now in a difficult situation. In terms of investments, the Indian startups such as Paytm, Zomato, Bigbasket, Hike, Flipkart, MX Player, BYJU’s and others are backed by Chinese investors such as Alibaba and Tencent among others are also facing the heat at the moment.

Last week, the Maharastra government had pulled back from three pacts with Chinese companies, including Great Wall Motors (GWM), Foton Motors and Hengli Engineering. The memorandum of understanding (MoU) was set to pump in around INR 5K Cr in automobile, electric mobility and infrasturue development space.