China dominated over both India and the US with 98.4 Bn app downloads happening last year in the country

Indian users spent a combined 700 Bn hours on smartphone applications right behind Chinese users (1.1 Tn) and ahead of the United States (200 Bn) 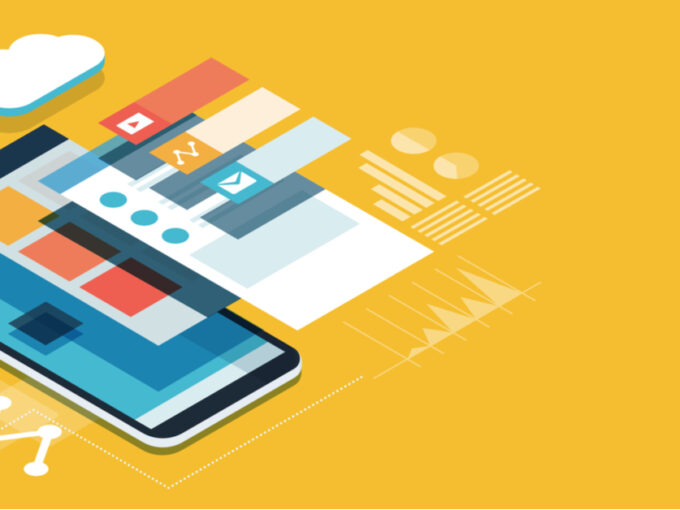 India had the second-highest number of mobile app downloads in the world, with over 27 Bn downloads coming from the country, dwarfing the same figure in the United States which only clocked 12.2 Bn app downloads. China dominated over both the countries with 98.4 Bn app downloads happening last year in the country. These figures came from App Annie’s annual State of Mobile report that analysed global smartphone and app usage market trends. 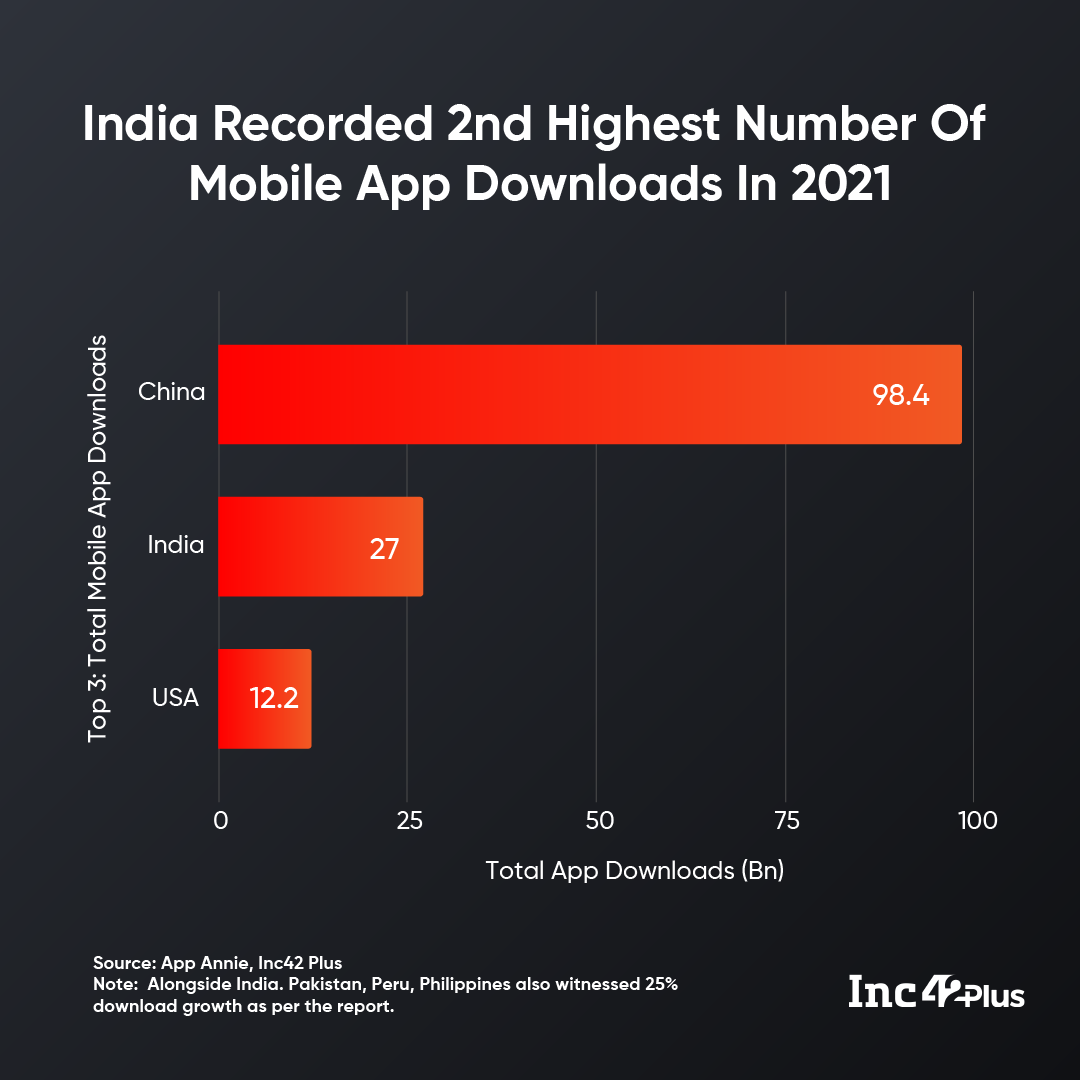 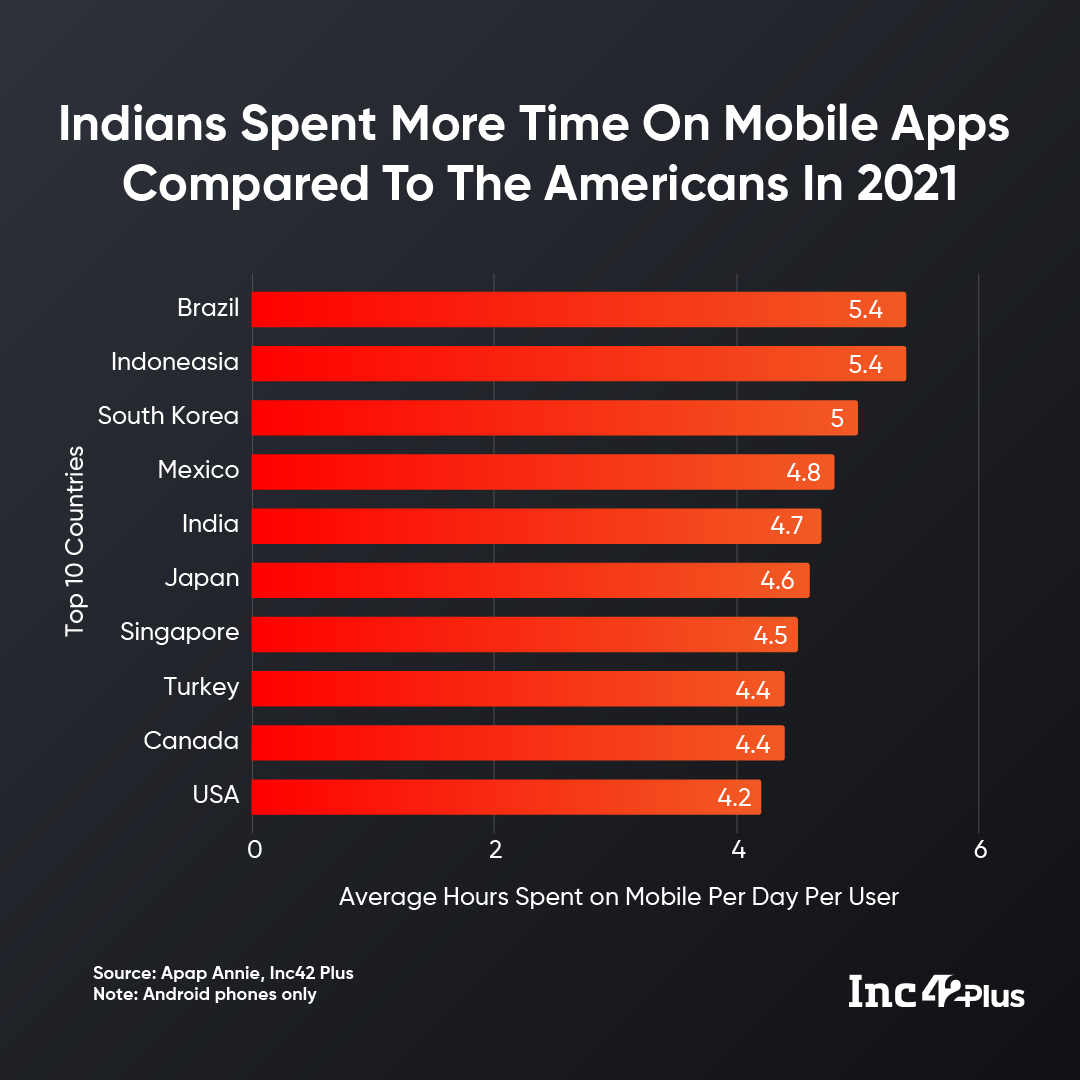 The analysis also revealed WhatsApp was the most popular social media application in India followed by Instagram, Snapchat and Facebook.

Globally, users spent an average of 4.8 hours daily on their smartphone, spending a total of $170 Bn on applications and in-app purchases while being targeted with a mobile ad spend of $295 Bn. Over 233 applications spent a whopping $100 Mn on advertising, as opposed to just 38 movies spending the same amount last year.

Social Media and Communication apps ruled the roost in India with 70.8% of users’ time being spent on them on average. Gaming (6.3%) and entertainment (3.8%) follow at a distant second and third with all the other categories together making up the rest of the 19%. 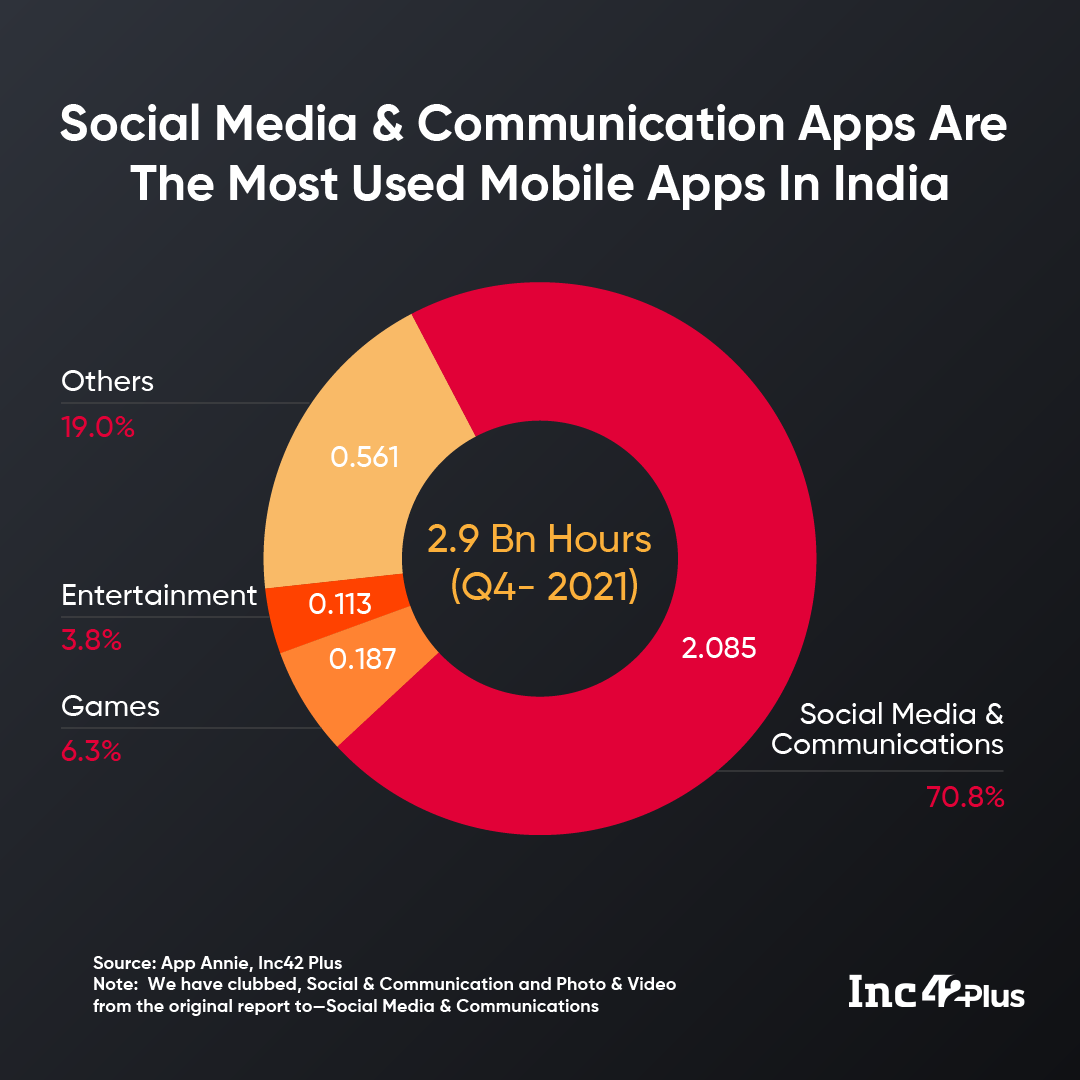 But the 4.7 hours that the average Indian user spent is a 27% increase over the same figure in 2019 when we spent just 3.6 hours daily on these apps. 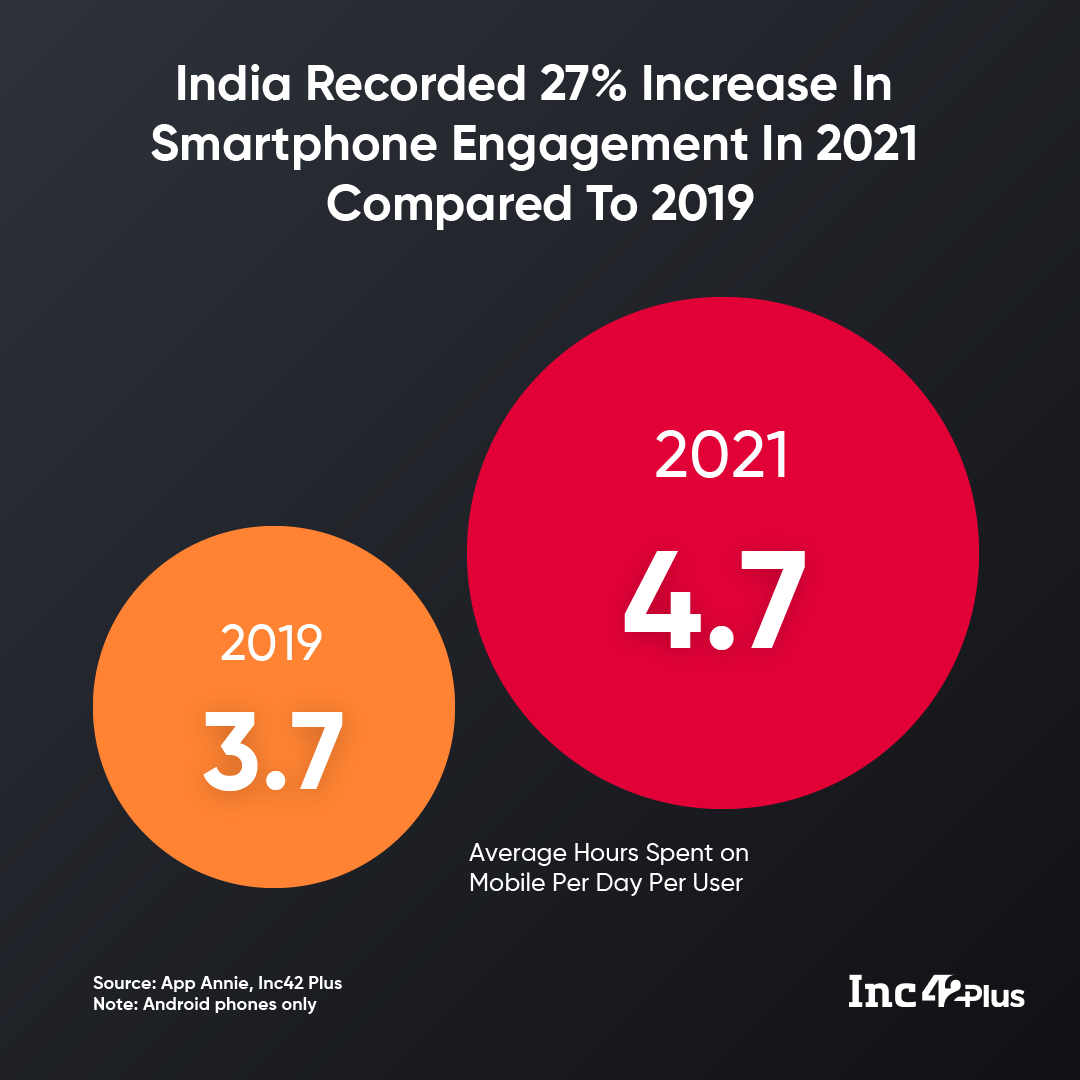 Indians Surpassed The US In User Engagement 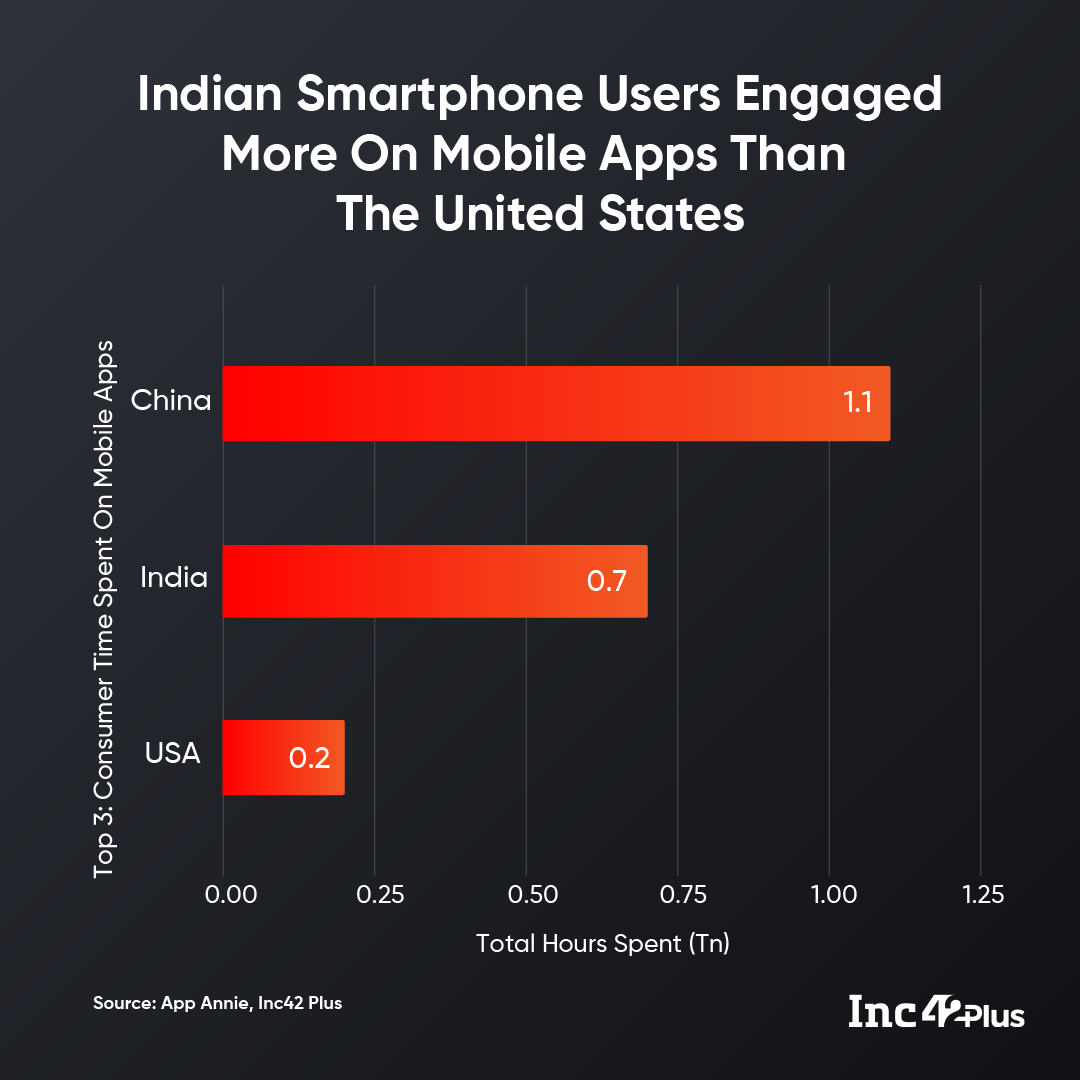 To put these figures into perspective, India currently has an estimated population of about 1.38 Bn, whereas China and the United States have about 1.41 Bn and 329 Mn each.