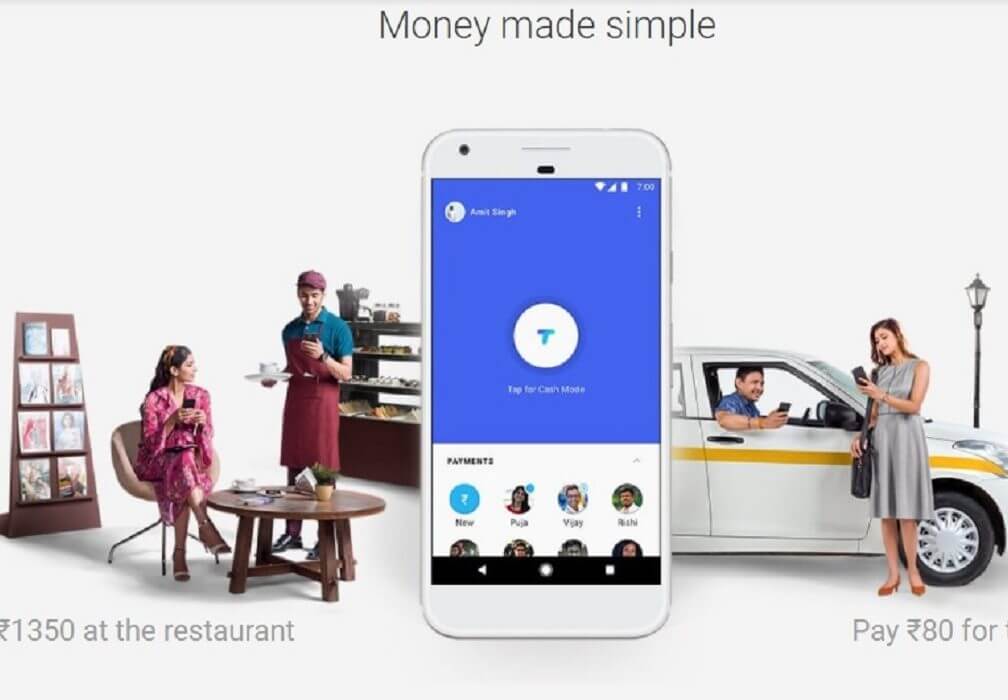 With the digital payments industry facing the heat, post the RBI’s full-KYC mandate, a number of major players are now expanding their horizons into new verticals. Following in Paytm’s footsteps, Google has announced the integration of a chat feature on its UPI-based payments app Tez.

As per reports, the Internet giant is in the process of rolling out the chat option for all of Tez’s 13.5 Mn active users.

Confirming the development, a spokesperson for Google told ET, “We’ve added a feature to Tez that allows you to send simple messages back and forth to your contacts about the payments you make.”

With this, Google Tez comes in direct competition with instant messaging app WhatsApp, which is currently running a pilot of its payments feature in India. Earlier, in November 2017, digital payments major Paytm also launched its chat service, Paytm Inbox, to challenge Facebook-owned WhatsApp.

As stated by Google’s spokesperson, the newly-released feature will allow customers to start conversations around the transactions within the app itself. The option, however, is not yet available to all Google Tez users as the company is rolling it out slowly.

Ultimately, the move aims to strengthen Tez’s offerings and make transactions via the app as easy and convenient as sending messages, added the spokesperson.

Furthermore, Google is looking to simplify the payment process by taking a less complicated route than adding big bank account numbers and waiting for the beneficiaries to be added by the concerned bank.

Additionally, according to the company, the new chat option will help consumers to keep track of their transaction history, which would eventually enhance the customer experience.

Google has been present in the digital payment market since 2011. Initially, launched as Google Wallet, it got replaced by Android Pay in 2015, to counter Apple Pay success. While Google’s e-wallet Android Pay has been already launched in leading countries across the world, in India, Google came up with a customised solution Tez, postponing Android Pay launch in the country.

As part of the launch, the global search engine behemoth tied up with a number of banks such as Axis, HDFC Bank, ICICI and the State Bank of India and others. Tez currently works with over 70 UPI-enabled banks to make the customer experience as seamless as possible.

Additionally, the app also contained a separate business portal for online companies to integrate as sellers to accept Tez payments. As per the description, “Businesses also get their own Business Channels on the Tez app where they can engage directly with their customers to share offers and more.”

Currently, some of the key features of the Tez app include swift transactions on the spot through Google’s proprietary Audio QR (AQR) ultrasound technology; payments through QR code and UPI ID; offline and online payments and multiple security layers such as machine learning-based fraud detection engine and device level protection, among others.

In December last year, the US-headquartered tech giant announced plans to roll out a new version of Tez, with the aim of allowing users to make payments of utility bills directly through the digital payments app.

Recently, in the third week of February, Google India announced the launch of a new feature that is designed to help users pay their bills within seconds without any transaction charges.

Built to support the Bharat BillPay system, the facility has been launched with support for more than 90+ billers, including national and state providers of electricity, gas and water. The feature is also intended for DTH and mobile postpaid bills and recharge.

Also, last month, the digital payments app integrated with SBI (State Bank of India), as a result of which it now allows users to create an SBI Unified Payments Interface (UPI) id- @oksbi. Tez users will be also able to access exclusive offers if they are SBI customers.

In a media statement last month, the company claimed that Tez has processed more than 250 Mn transactions since its launch in September 2017.

Available on both Android and iOS, the Android version of Google’s digital payments app supports a number of Indian languages apart from English and Hindi, including Bengali, Tamil, Marathi, Telugu, Kannada, and Gujarati.

What’s Been Happening In The Indian Digital Payments Space?

As per a recent report by Swiss financial services holding company Credit Suisse, India’s digital payments industry, which is currently worth around $200 Bn, is expected to grow five-fold to reach $1 Tn by 2023.

Much of this growth is driven by UPI apps, which cumulatively touched the 171.4 Mn transactions mark in February 2018, according to data released by the RBI recently. This translates to a 13.5% jump in comparison to 151 Mn transactions reported in January 2018.

Incidentally, Paytm claimed that it was the largest contributor to the overall volume of UPI transactions in the country last month, with over 68 Mn UPI-enabled transactions. This amounts to a market share of around 40%.

While there are several players in the space competing with one another, the entry of WhatsApp would likely determine the sector’s future, especially since the instant messaging app has more than 200 Mn monthly active Indian users. With Google Tez and Paytm launching their chat services, the war brewing in the country’s digital payments industry will be interesting to watch.