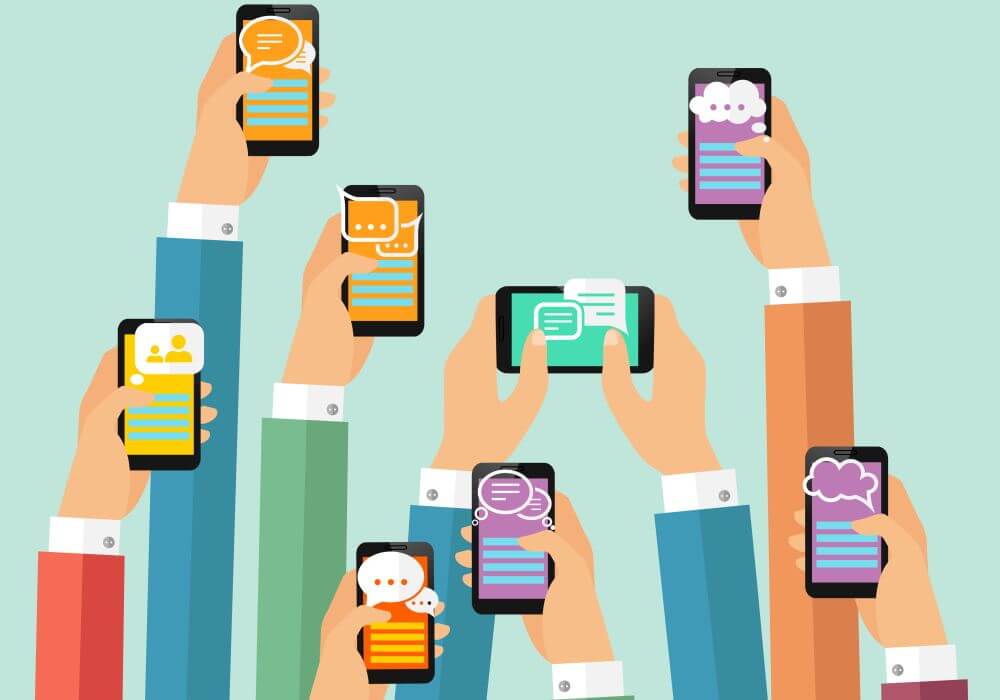 The messaging platform is unique in that it allows users to chat and transact at the same time. With this launch, Alibaba Group-backed Paytm is likely looking to replicate the success of Tencent’s WeChat business model in China.

Commenting on the development, Paytm Senior VP Deepak Abbot said, “We have realized that besides making payments, our users and merchants also like to communicate with each other. There is a need for social messaging, commerce and payments seamlessly blending into one another. This will help us drive greater engagement on our platform and build a stronger bond with our customers.”

So, What Exactly Is Paytm Inbox? 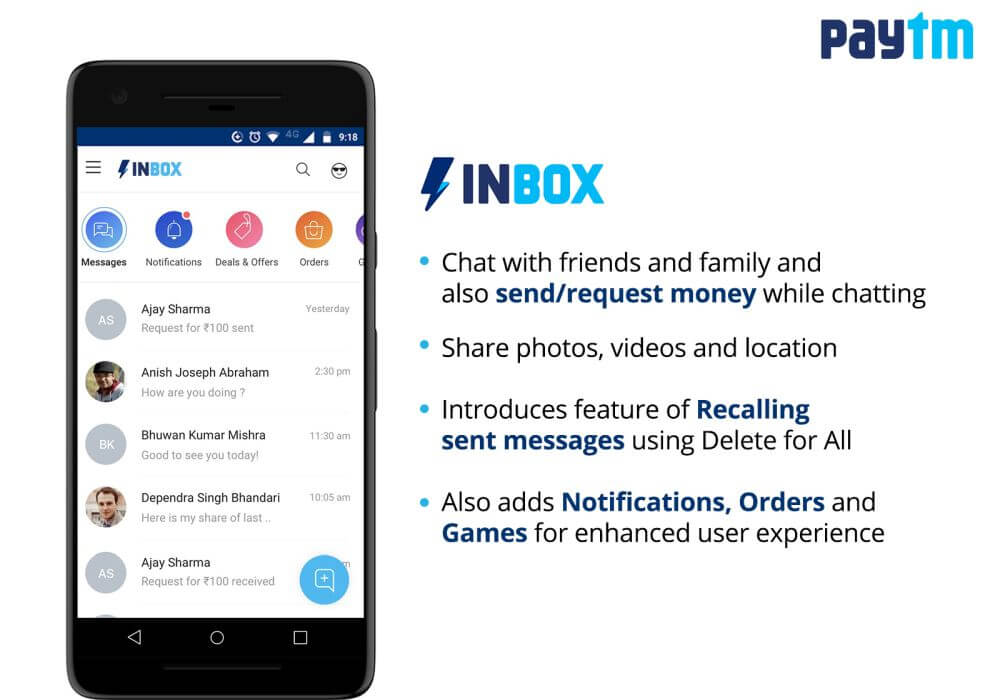 As stated by Abbot, Paytm Inbox is actually a more advanced version of Paytm Lifafa, a money gifting product that was launched around this year’s festive season. The service was marketed as a digital version of “shagun” that allows friends, family, and even employers to gift money during special occasions like weddings, anniversaries and festivals.

Through Paytm Inbox, customers can send texts, photos, videos, live locations and photos captured with a built-in camera. Other features include instant notifications, orders and games.

With the help of the notification option, users will get access to the latest offers and cashbacks on Paytm. To ensure increased user engagement, the app comes equipped with cricket and other trivia-based games.

Furthermore, users can track orders and transaction updates using Paytm Inbox. The chat service is currently available on Android and will soon be added on Apple Store.

The digital wallet giant originally unveiled plans to launch a WhatsApp like in-app chat service on its native app in August 2017. At the time, it was reported that the service would be operational by the end of August.

A source close to the development stated at the time, “Having such a (large) user base, the company wants to take on WhatsApp and emulate the WeChat model for long-term gains. Paytm has already started offering different aggregated content in its app, indicating it wants to have multiple services on its platform.”

Paytm currently has more than 230 Mn users in India and has already established a WeChat Pay kind-of payment mechanism in India. Post-demonetisation, the company registered a 700% leap in overall traffic and 1000% increase in ‘add to cash’ transactions, as millions of consumers across India moved to use their Paytm wallets to transact offline. In the month of May, Paytm made news once again when it raised $1.4 Bn funding from SoftBank Group at an estimated valuation of $7 Bn.

One of Paytm Inbox’s major competitors is WhatsApp. Developed by Brian Acton and Jan Koum in 2009, WhatsApp started out as a simple in-app chat service where users could share text, image, and videos globally. After getting acquired by Facebook in October 2014 for $19 Bn, WhatsApp integrated multiple features including voice and video calling facility modelled after its global competitors, WeChat and Line. As of February this year, WhatsApp boasted an active user base of 200 Mn people in India.

The news of Whatsapp’s entry in the digital payments space came right after co-founder Brian Acton visited India visit in February, where he hinted that the company was looking into how it can incorporate payment services. In June this year, the company approached SBI and NPCI for enabling UPI-based payments on its platform. It was reportedly in talks with multiple banks for collaborations to integrate payments with its in-app chat service.

While talks of WhatsApp entering the country’s digital payments sector was making the rounds, homegrown messaging service Hike beat its international rival to become the first messenger in the country to launch a UPI-enabled digital wallet, Hike Wallet in June. Incorporated in December 2012, the Tencent-backed company currently boasts of 100 Mn users and claims to transact over 40 Bn messages per month.

WeChat, the service that Paytm Inbox is modelled after, is a popular in-app chat service in China and is another Tencent-backed company. By the end of Q4 2016, WeChat had garnered 889 Mn monthly active users, 10 Mn official accounts, and 200 WeChat developers.

WeChat’s mobile payment service, WeChat Pay is the primary payment method for offline purchases in China, with 93% adoption rate across tier I and tier II cities. The reason cited for such a wide adoption of mobile for making offline payments is that people do not prefer to carry cash with them.

The Rationale Behind Paytm’s Messenger Launch

Given its huge following among Indian consumers, Paytm is looking to recreate the success WeChat’s in-app chat service model has had in China. By leveraging on its growing user base, the digital payments giant is preparing to enhance user engagement through Paytm Inbox, which would in turn increase the number of transactions on the platform.

The Indian fintech market is forecasted to touch $2.4 Bn by 2020, a two-fold increase from the market size currently standing at $1.2 Bn. As a per a report by Google and Boston Consulting Group, the digital payments industry in India is projected to reach $500 Bn by 2020, contributing 15% to India’s GDP.

The launch of Paytm Inbox comes at a time when players from other domains are lining up offerings to gather a slice of this developing market of 520 Mn smartphone users by 2020, as per the Google-BCG report. Chief among them are WhatsApp, Hike, Amazon and Google. Whether Paytm’s WeChat-inspired strategy will prove effective in tackling competition from this growing class of digital wallets and making a market of its own in India remains to be seen.