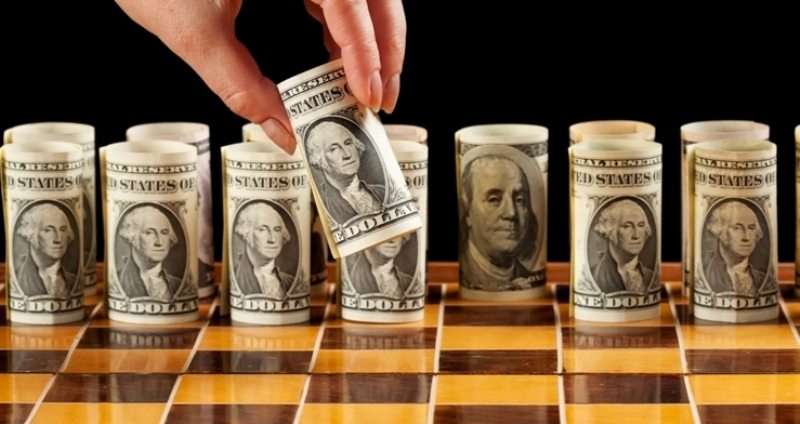 Jewellery etailer, Caratlane, disclosed that Titan Company, a Tata Group organisation has purchased a 62% stake in CaratLane acquiring 1.91 crore shares (1,91,42,545 shares), valued at INR 357.24 crore. The announcement of acquiring a majority stake in the company was already made in May this year by Titan.

Startups That Got Funded This Week

Skrilo: mobile marketing & rewards platform Skrilo raised $1.5 Mn (about INR 10 Cr) in seed funding from angel investors including Anuj Srivastava and Arvind Tiku. The startup plans to use the raised capital for marketing its reward program to the consumers and building on its visionary product pipeline, which is centred on providing a compelling value proposition for the brands and businesses.

MyTaxiIndia: An inter-city cab rental platform MyTaxiIndia raised $1 Mn (INR 6.65 Cr) in a bridge round of funding from existing investor Nihon Kotsu. The startup will use the raised funds for expanding its services in Tier-II and Tier-III cities.

Wiwigo: An inter-city taxi service provider Wiwigo raised $600K (INR 4 Cr) funding from Indian Angel Network (IAN) and two HNIs. IAN Investors, Priyank Shankar Garg and Harsh Chitale led the funding round. The startup will use the newly raised funds to expand its operations to over 100 cities by the end of this year.

Dogsee Chew: Dog food etailer Dogsee Chew secured $297K (INR 2 Cr) in an angel round of funding. The investment was led by Renu Balyan, and Jyotsna Bapat. The raised funds will be used for expansion of product portfolio and exports.

Zuppler: SRI Capital invested undisclosed amount in Zuppler. It is a mobile and web-based food ordering platform. Headquartered in Conshohocken, PA., the company provides, white labeled technology with unlimited customisations to its clients.

Fingerlix: Shripad Nadkarni, former marketing head at Coca-Cola India is set to launch a food startup – Fingerlix. The new venture has been set up with an initial investment of $1.3 Mn from Maverix Platforms (Promoter of Fingerlix) and has also brought on board Santosh Desai and few other investors. The startup will sell ready-to-cook foods such as curries, batter and mixes in Mumbai, to begin with.

Applop: Applop Mobile Solutions, a SAAS provider that enables users to make their own mobile app, has raised a bridge round of funding from GHV Accelerator. The startup has received about $250K so far and plans to close this round at $500K.

iServe Financial: iServe Financial raised an undisclosed amount in seed funding from a group of investors including Nilesh Shah. The startup plans to use the funds to further improve its online platform’s reach and penetration to take on its rivals such as BankBazaar and PaisaBazaar.

Tax2Win: Income tax filing portal Tax2Win raised around $1 Mn (INR 6 Cr) from an undisclosed business house. The startup will use the funds for marketing, research & development, and improving existing technology.

Sagacito Technologies: Data science and analytics startup  Sagacito reportedly raised close to $10 Mn from Star India Pvt. Ltd. With the new round of funding the company plans to ramp up its team and drive its aggressive product development and geographic expansion plans.

UrDoorStep: On-demand delivery portal UrDoorStep raised a bridge round of funding of $447K (INR 3 Cr) led by CP Murali. The raised funds will be used for expansion plans in Bangalore.

underDOGS: A game development company underDOGS raised an undisclosed amount of funding from Intelli Reboot Digital. The alliance aims at acquiring a significant stake in underDOGS as well as to utilise its team strength to develop games together.

Bluestone: Online jewellery startup Bluestone raised about$30 Mn (INR 200 Cr) in Series D round of funding. IIFL, Accel Partners along with Kalaari Capital, RB Investments and IvyCap Ventures participated in this round. The newly raised funds will be utilised to grow the category and strengthen its leadership position.

ImageProVision Technology: Image analysis startup ImageProVision raised an undisclosed amount of funding from angel investor Satish Jamdar. The startup plans to use the funds raised towards further strengthening their presence within the pharma sector and tapping into more clients.

NiYO Solutions: A payroll and benefits startup NiYO Solutions raised $1 Mn (INR 6.7 Cr) by venture capital firm, Prime Venture Partners. The startup will use the raised funds to expand its tech and sales team to 40 in the next six months.

AbeRuk: Bangalore-based curated marketplace for used books AbeRuk raised an undisclosed amount in angel funding from Swastika Company Pvt Ltd. The funding will be used for scaling up operations, expanding seller base and augmenting the technology backbone.

With this, Global Fashion Group (GFG), the parent of fashion portal Jabong, has added $33 Mn to its latest fundraise to take the total amount secured from its existing investors to $364 Mn.

Besides, Freshdesk, an enterprise tech startup, is close to raising around $60 Mn in a fresh funding round which will value the company at $600 Mn. Craft beer maker B9 Beverages which markets the brand Bira 91, is close to raising $10 Mn from Hong Kong-based TR Capital to fund its expansion plans. Ecommerce startup Dreamworld Digital is in talks with three leading private equity players to raise $5-6 Mn. The company wants to use the funding to expand from apparels business to Bollywood locations tourism. Fashalot, an O2O location-based fashion and store discovery mobile platform, is in talks with venture capital firms to raise up to $5 Mn in Series A funding.

Myntra is also close to acquiring a majority stake in HRX – the clothing line for men’s casual and fitness wear by Bollywood actor Hrithik Roshan.