underDOGS, a Mumbai-based game development company, has raised an undisclosed amount of funding from digital platform firm, Intelli Reboot Digital Pvt. Ltd. The alliance aims at acquiring a significant stake in underDOGS as well as to utilise its team strength to develop games together.

As mentioned in a press note, this tie up has also bagged several other deals with biggies such as Disney, Tizen, Baidu’s store – MoboJoy and more. Disney’s market for mobile gaming sector is fresh and fluid starting with one movie game this year. underDOGS, is going to generate IP based games catering to consumers as well as corporate.

He also highlighted some of his other deals by saying, “We are dealing with Samsung to bring all the games from the studio to the Tizen Platform. We are also publishing all our created games on Baidu’s store – MoboJoy. We have also ventured with Worldoo for a year for creating original content which is going to be published not only on Worldoo platform but also on Android and iOS platforms”.

underDOGS was launched in 2011 by Vaibhav Chavan, Sankesh More, Amit Aware and Abhishek Wankhede. In March 2014, it got incubated at the Zone Startup India accelerator by Ryerson Futures at Bombay Stock Exchange, Mumbai.

Later, in June 2014, the team released the first in-house game Parking Evolution 3D as a self-published game on Google Play store. The game has been downloaded for more than 700,000 times globally. In July 2016, it reached a milestone of making 100 games in total which include self-published as well as client/brand games.

In the past, the 5 year ­old underDOGS Gaming has developed leading gaming titles such as Skatelander, Parking Evolution 3D, Smash Rider etc. 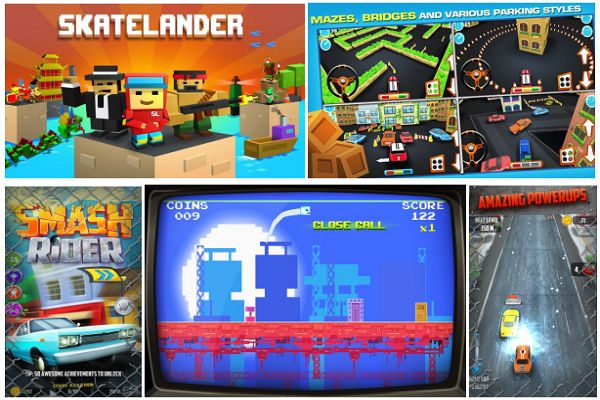 underDOGS Gaming has also been a backend to Zapak,Games2win, Hungama, Disney Indiagames, Idealabs, Zee TV, and 9XM with products such as Jodha Akbar, Silly Chicken, and BCL etc.

Over the next few years, the company plans to join hands with a leading content house to generate some games for various brands and movies.”

On the other hand, Intelli Reboot Digital was established earlier this year looking at strategic digital investments. “Through this acquisition, Reboot will strengthen its already robust digital portfolio, to become a prominent player in the gaming space focused on building gaming experiences for the global market, including corporate & celebrity games and enabling games to monetize effectively,” Sameer Mahuli, founder of Intelli Reboot Digital Pvt. Ltd. said.

According to a recent NASSCOM­ IGDA study, revenue from casual gaming in India will quadruple by 2016 to $250+ Mn. Last year, about 25 prominent games were released across platforms. The Indian gaming industry is close to $890 Mn and there are about 100 ­odd game developing firms in the country.

Other prominent players in this space include 19Studios, Zebu Games, 99 Games, Rolocule, CreatioSoft, Games2Win and more.