Unicorn Zomato Currently Competes With Swiggy, UberEATS, Among Others In The Indian FoodTech Space 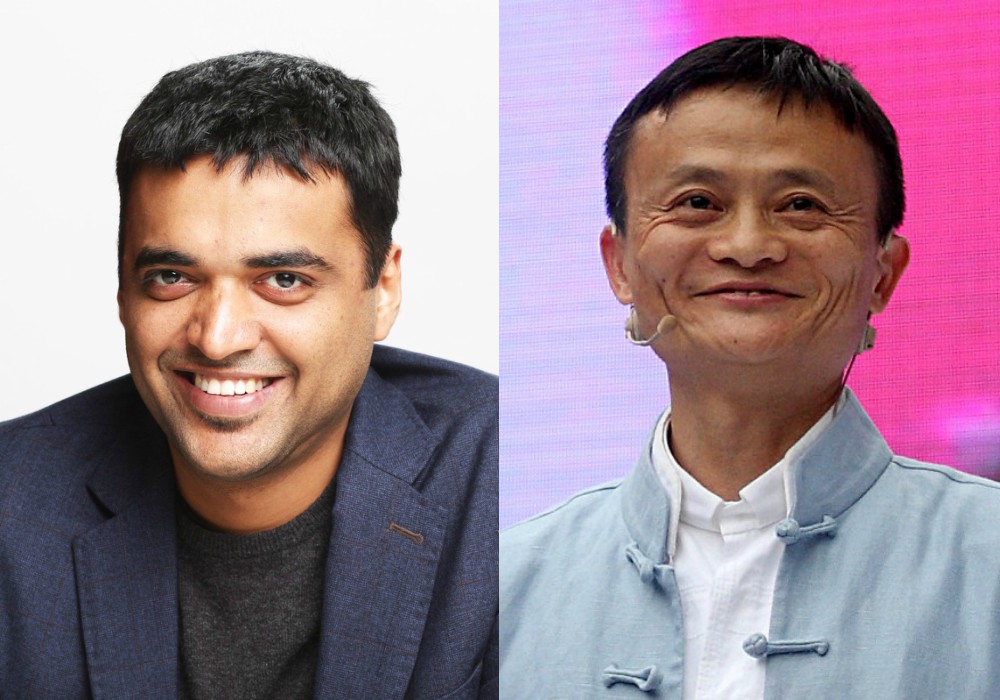 Foodtech startup Zomato is reportedly in talks to raise up to $200 Mn from Alibaba and its payments affiliate Ant Financial. If the investment goes through, the Chinese ecommerce giant is likely to pick up a stake in the company.

As per sources close to the development, the round will value Zomato at about $1.1 Bn. Responding to the queries, a source told ET, “There are synergies between the two players in the international markets, especially Southeast Asia where Alibaba is building a strong presence. But the deal is not finalised as there is no term sheet yet.”

Jack Ma-backed Alibaba and Ant Financial’s only bet in the foodtech sector has been the $2 Bn investment in Chinese online food delivery service Ele.me.

Founded by Deepinder Goyal and Pankaj Chaddah in 2008, Zomato has raised about $223 Mn funding to date and has made about 10 acquisitions till date. Before this expected round from Alibaba and Ant Financial, the startup’s last funding was in September 2015, when it raised $60 Mn from Temasek and VY Capital.

The company’s bumpy ride began in 2016. In May 2016, Zomato rolled back operations from nine countries out of 23 international markets. Around the same time, investor HSBC Securities and Capital Markets (India) marked down the company’s valuation by half to around $500 Mn.

However, it managed to trace an upward trajectory from last quarter.  The Indian foodtech giant witnessed a 34% decrease in its total losses for 2016-2017. In the annual report for FY17, Zomato reported an 80% surge in revenue to around $60 Mn. The restaurant discovery and food delivery platform witnessed an 81% drop in the annual operating burn for FY17 at $12 Mn compared to the $64 Mn in FY16.

In May 2017, in a bid to optimise its logistics costs for hyperlocal food delivery,  Zomato was also reported to be in talks with Bengaluru-based hyperlocal delivery startup Runnr. Later, the company’s food delivery service managed to rake in over 3 Mn monthly orders for the first time in July 2017. As per recent blogposts by the company, Zomato’s food business has high customer retention. The company claims that about 65% of its newly signed up users for the food ordering business order again from Zomato in the next 12 months.

In August 2017, the foodtech unicorn said that it on-boarded 21,500 subscribers for its paid Zomato Treats service. The company also claims that its cost of acquisition is negligible. In a post on the company blog, Mukund Kulashekaran, VP Global Growth/Business Head of Online Ordering said, “We are still not spending money to acquire users and our listings business is still feeding the baby.”

The company claims to get over 120 Mn visitors a month across all platforms – consuming restaurant information, referencing content generated and shared by other users, placing orders for food delivery, or making reservations at restaurants.

An Overview Of The Foodtech Space In India

Once considered a dead pool for foodtech startups, with over 150 shutdowns in the space in 2016 alone the foodtech space in India is finally picking up. The entry of new players with deep pockets, like Uber’s UberEATS that marked its entry into the Indian market in May 2017 and Google Aero gave a positive impetus to the growth in Indian food delivery space, which has heated up the foodtech sector. While Google Areo has launched services in Mumbai and Bengaluru to provide hyperlocal and food delivery services to its users, UberEATS after conquering Mumbai has expanded to Gurugram and Bengaluru.

Zomato’s arch nemesis in the foodtech space, Naspers-backed Swiggy raised $80 Mn in a round led by Naspers. The startup claims to have clocked 4 Mn orders per month. However, the ticket size of Swiggy orders is arguably smaller than Zomato. South African Internet and media conglomerate Naspers has also invested about $435 Mn in European food takeaway service Delivery Hero. Delivery Hero acquired Foodpanda India in December 2016.

With the approximate $200 Mn funding from Alibaba and Ant Financial, the Indian foodtech startup, Zomato will look to expand its horizon once again in international markets. The backing by the Chinese ecommerce giant will also cement the position of the unicorn in the Indian foodtech space.