According to Sumit Gupta, cofounder and CEO of Mumbai-based crypto exchange CoinDCX, the Bitcoin bull run can be primarily attributed to the cryptocurrency being the preferred choice for new investors and having strong fundamentals

According to Monark Modi, founder and CEO of Bitex, the Bitcoin bull run is being caused due to increasing investment from institutional investors, investment banks and more importantly payment companies. 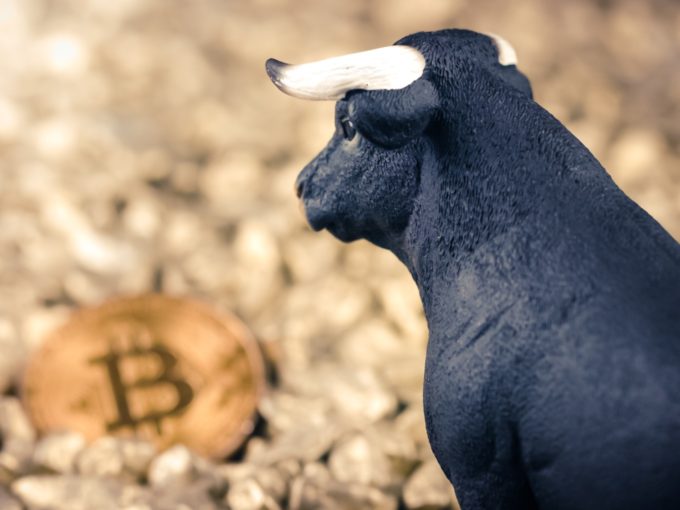 The Bitcoin bull run is real! It has now stretched on for 112 days, according to industry watchers. But unlike the stock market, where the fluctuations in prices of stocks are directly influenced by events happening around the world, the reasons for a cryptocurrency’s bull run aren’t easily decipherable.

This is because cryptocurrencies operate independently of the traditional financial system. Hence, events that shape the day for the stock market seldom affect the price of cryptocurrencies.

According to Sumit Gupta, cofounder and CEO of Mumbai-based crypto exchange CoinDCX, the Bitcoin bull run can be primarily attributed to the cryptocurrency being the preferred choice for new investors and having strong fundamentals.

Besides, known giants in the payments space such as PayPal and Mastercard also launched crypto offerings for their humungous userbase this year, thus enabling easy access to bitcoin and other cryptocurrencies for those with a sound knowledge of the product.

Another reason for the Bitcoin bull run was the third halving for the cryptocurrency. Gupta elaborated on the same.

“In May 2020, we also witnessed the third halving, a supply shock event that happens every four years, where the number of daily mined bitcoins gets cut in half. In the previous two halvings too, Bitcoin and the overall crypto market cap rose exponentially, and we are expecting a similar trend. This time around, we are witnessing interest not only from retail but institutional investors globally too,” he told Inc42.

Global crypto experts have also tied the Bitcoin bull run to the accumulation of bitcoins by whales i.e. individuals or entities who hold large amounts of the coin for long periods of time, hence playing a major role in price manipulation. In November, analysts have spotted whale clusters, which emerge when Bitcoin whales buy the cryptocurrency at a specific price point and don’t move them.

According to researchers at Santiment, an on-chain market analysis platform, the current number of Bitcoin whales with at least 10,000 coins is somewhere around 114.

According to Monark Modi, founder and CEO of Bitex, the UAE-headquartered crypto exchange which recently expanded its operations to India, the Bitcoin bull run is being caused due to increasing investment from institutional investors, investment banks and more importantly payment companies.

“Millennials are already considering Bitcoin as Digital Gold. The financial industry has been quite forthcoming in addressing this changing investment behaviour, be it global fintech like PayPal that has started accepting cryptocurrency on its platforms or an investment bank like JP Morgan Chase, which has adopted blockchain-based interbank payment systems through Stablecoins,” Modi told Inc42.

“Judging by this heightened interest towards cryptocurrencies, Bitcoin has the potential to touch $22,000 by coming quarter,” he added.

While the Bitcoin bull run will no doubt attract new investors to the emerging digital asset class, which has given 130% returns this year as opposed to 30% on gold, its notorious price volatility remains a cause for concern for market watchers.

Although, Gupta of CoinDCX explained that the price volatility was directly related to the maturity of the Bitcoin technology.

“Five years ago, Bitcoin was way more volatile than it is today. However, with increased adoption and a growing market cap for the cryptocurrency, Bitcoin will no doubt stabilise. I also expect the ongoing bull run to be more stable than the previous one in 2017,” he said.

It is worth noting that when there’s an upward movement in the price of Bitcoin, as there is currently, it positively affects the market sentiment towards other leading cryptocurrencies. For instance, Ethereum has also been witnessing an upward trend since the first quarter of the current financial year 2020-21. This is mainly because both Bitcoin and Ethereum have strong fundamentals

“No one can predict how far a rally can go, so short-term speculation is very risky. However, there is one smart investment strategy: cost averaging for the long term. Buy small amounts of Bitcoin daily or weekly, hold it long-term through the ups and downs, and stick to your buying plan for years, not months. It’s like an SIP for bitcoin,” he said.

“At some point, there is always a correction (fall) in price. Anyone who pretends to know more than this is fooling himself or others. Although, Bitcoin will continue to go up (with periodic corrections) and could easily hit INR 1 Cr by 2030, as our CEO (Rahul Pagidipati) has predicted. Investors should plan in years, not weeks.”

The Bitcoin bull run has also seen the leading cryptocurrency challenge gold as an asset class for millennials in India. Inc42 analysed the development, learning from some of the leading crypto exchanges in India about them seeing increased traction from young working professionals around the Diwali festive season when Indians consider it auspicious to buy gold.

Moreover, growing interest from global players such as Cashaa, Coinbase and Tim Draper-owned Draper Associates in the Indian crypto market, coupled with the Bitcoin bull run, could help crypto adoption in the country.

However, market sentiment for crypto in India could come crashing down, the next time speculations about an impending ban on cryptocurrencies in the country start doing the rounds.

Ultimately, the burgeoning industry will remain at the mercy of news speculations and a confusing regulatory scenario for cryptocurrencies in India, until the Indian government chooses to regulate digital assets.

According to Crebaco Global Inc, a credit rating and complete audit firm for the blockchain and crypto industry, the Indian crypto industry has a potential market size of $12.9 Bn, if the sector is regulated.

The price of popular cryptocurrency Bitcoin continues to surge, currently trading at just below $19K. Experts in the space are expecting the price to cross the $20K mark this year itself. But what are the reasons for the same? According to a Cointelegraph story, whale accumulation, decreasing exchange supply and explosive volume trends are contributing to the BTC’s buoyant rally. Read the full story here.

Japanese financial giant SBI Group is introducing a cryptocurrency lending service through its crypto-related subsidiary, SBI VC Trade. According to an official announcement on November 24, the new crypto lending platform will allow users to lend their crypto to SBI and earn interest at a rate of 1% with taxes included. You can read the full Cointelegraph story here.