Will India Ban Cryptocurrencies? Experts Weigh In On Speculations

Will India Ban Cryptocurrencies? Experts Weigh In On Speculations

A Bloomberg report, citing sources, has claimed that the government will soon introduce a regulation to ban cryptocurrencies in India

Last year, the government had introduced a draft bill on the subject, which proposed a blanket ban on all virtual currencies 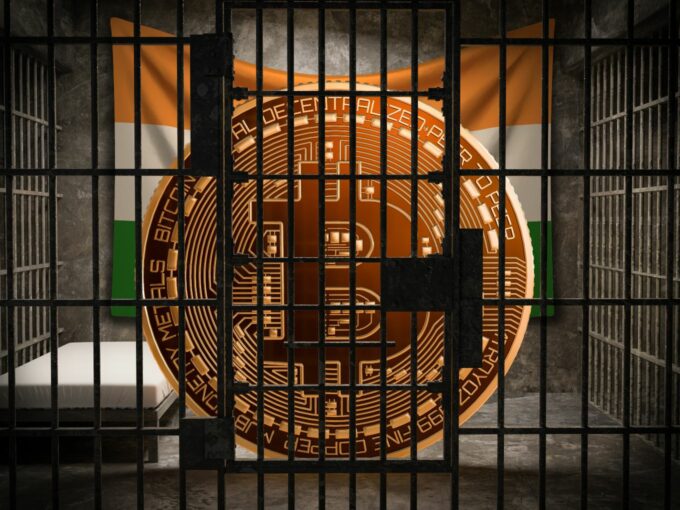 Last year, the Indian government’s suspicion and hostility towards cryptocurrencies found expression in the draft bill, “Banning of Cryptocurrency and Regulation of Official Digital Currency Bill 2019”.

Governments have long been apprehensive about cryptocurrencies, owing primarily to their decentralised nature and the lack of an overseer in a central bank or any other such authority. It is felt that the decentralised and anonymous nature of cryptocurrencies could lead to them being used for terror financing and other anti-social activities. These fears have been confirmed by the Financial Action Task Force (FATF), an inter-governmental organisation which develops policies to combat money laundering.

Earlier this year, it was reported that the finance ministry had moved into inter-ministerial consultations on the bill for banning cryptocurrencies.

Govt To Ban Trade In Cryptocurrencies?

According to a recent report by Bloomberg citing sources, the bill for banning cryptocurrencies would be discussed by a parliamentary panel shortly, before being sent to Parliament for discussion. It is reported that the bill encourages the myriad use cases of blockchain technology to manage land records, pharmaceutical drugs supply chain or records of educational certificates. It also talks about the possible introduction of a government-regulated virtual currency but proposes to ban mining, holding and trading of cryptocurrencies.

Just as these speculations are doing the rounds, Inc42 has learnt of a trader in cryptocurrencies and former employee of now-defunct crypto exchange platform Koinex, who has alleged that his current account with IndusInd Bank was frozen, after he made transactions to a crypto exchange through it. The reason was conveyed to him by the bank. And despite him arguing that cryptocurrency transactions were legal in India, he was told to close his account.

Nevertheless, Nischal Shetty, founder and CEO of Mumbai-based cryptocurrency exchange WazirX isn’t convinced about the veracity of the claims made in the Bloomberg report. “Since there’s no solid source quoted, we should take such news with a pinch of salt. The list of bills that would be presented in the parliament session does not include the crypto ban bill,” Shetty told Inc42.

“Of course, bills can also be introduced without listing but we don’t think the crypto bill would be a surprise entry. The draft crypto bill is very crude. As an industry, we’ve been working towards positive regulations and we’re confident that our government will look towards regulating crypto in India like the rest of the world.”

The need for a regulation for cryptocurrencies is also emphasised in revenue projections for the industry. According to Crebaco Global Inc., a credit rating and audit firm for blockchain and crypto companies, India has an immediate potential crypto market size of $12.9 Bn, if the sector is regulated.

Cryptocurrency stakeholders, while conceding the government’s fears about the nefarious use cases of virtual currencies, also add that banning emergent technologies can never be the solution. They highlight the positive use cases of cryptocurrencies, namely, their use in reducing the cost of remittances and for facilitating international operations of digital businesses, among several others.

Code Of Conduct For Crypto Exchanges

Moreover, to convince the Indian government that crypto exchanges in India are committed to responsible trade, several such companies, including WazirX, are working together under the aegis of the Internet and Mobile Association of India (IAMAI) to develop a model code of conduct to further self-regulation among stakeholders.

“We don’t want to further the notion that because there is no law, so crypto exchanges in India have a free hand. We have a draft version ready for our code of conduct and are updating the guidelines in line with the technology changes that have happened in the last few years.”

Shetty added that the code of conduct would include guidelines for KYC (know your customer) and AML (anti-money laundering), to curb illegal activities and scams in the cryptocurrency space.

“Developed countries such as the US, UK, Japan, Australia and the EU (Europian Union) region are tackling crypto in a similar way so that they foster innovation and fight crime at the same time,” he said.

Kumar Gaurav, founder and CEO of Cashaa, a neo-bank which provides financial services to crypto exchanges, also felt that the news of an impending ban on cryptocurrencies in India was untrue.

“As an industry stakeholder, we are constantly in touch with the RBI, the Indian government, and other crypto entities which exist in the market. Hence, we feel that the Indian government is unlikely to take any decision in haste. The news doing the rounds is mostly speculative,” he said.

The cryptocurrency industry in India has witnessed a significant uptick in trading volume since March this year when the Supreme Court quashed a 2018 Reserve Bank of India circular that had placed a banking ban on cryptocurrencies.

The apex court, in its March order, noted that the RBI circular was “unconstitutional”. It said that in the absence of legislation for regulating the use of cryptocurrencies in India, their use must be treated as legitimate trade that is protected by the fundamental right to carry on any occupation, trade or business under Article 19(1)(g) of the Constitution.

As speculations about the government planning to introduce legislation, not to regulate but ban cryptocurrencies altogether, gain momentum, 1.7 Mn Indians who trade in digital assets hold their breath.

Whether the speculations are substantiated or prove to be a false alarm remains to be seen. However, the need for a regulation for cryptocurrencies in India continues to be felt, perhaps more than ever before.