The high prices for Bitcoin have led many industry stakeholders to predict that in the near future, cryptocurrencies could challenge gold as an asset class

Sumit Gupta of CoinDCX says that as the market cap for Bitcoin increases, the price will stabilise too 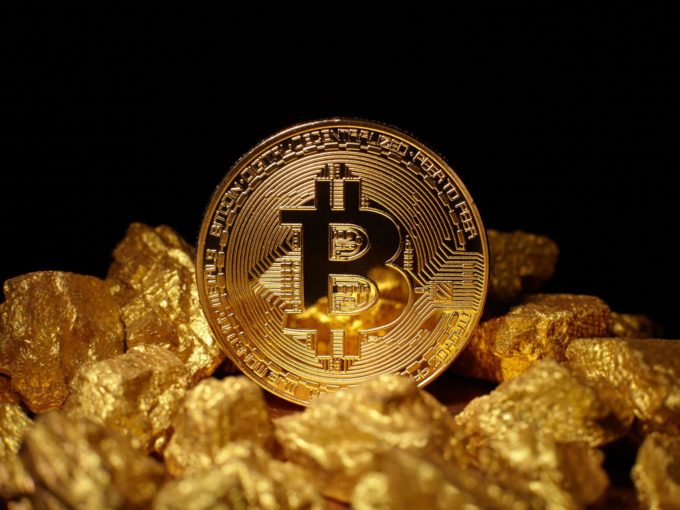 This year, the Diwali festive season in India has coincided with the bull run for Bitcoin and Ethereum, two of the most popular cryptocurrencies. Prices for the two virtual currencies have been soaring since October. By the time of writing, Bitcoin was trading at $16,279, a 4.13% rise since last week and a 43% increase from its price on October 13 — $11,369.

The high price for Bitcoin, which has given a return of 160% since April, has led many industry stakeholders to predict that in the near future, as tech-savvy Indian millennials look to invest, cryptocurrencies could challenge gold as an asset class.

“Investing in gold is something that the older generation would traditionally do, especially around festive occasions such as Dhanteras,” Gupta told Inc42.

“However, for the young working professionals who understand technology, they realise the returns crypto can get them and the cheap investment. So, Bitcoin has emerged as a popular investment asset.”

In India, Hindus consider the festivals of Dhanteras (on November 13 this year) and Diwali (November 14) as auspicious occasions for buying gold. Understandably, as the demand for gold rises during the festive season, the price also goes up.

This week, the price for 10 grams of gold was around INR 51,000 in some parts of the country. And while one Bitcoin costs INR 12 lakhs, one can also buy a fraction of that at a much lower price.

For instance, a satoshi is the smallest unit of the bitcoin cryptocurrency. The satoshi to bitcoin ratio is 100 Mn satoshis to one bitcoin.

While industry stakeholders are bullish about cryptocurrencies emerging as an asset class, they do concede that the high price volatility for Bitcoin and other virtual currencies presents a challenge for enticing people to invest in alternative asset classes.

What About Price Volatility?

According to Gupta, the price volatility for cryptocurrencies is because the technology is still in its infancy. “Compare it to any other form of currency. As the market cap will increase, the price will stabilise. Five years ago, Bitcoin was highly volatile, way more than it is today. Increased investment in cryptocurrencies will ensure that we move closer to the point where these virtual currencies aren’t as prone to price fluctuations as they are today,” reasoned Gupta.

Experts in the domain have also argued on the usefulness of cryptocurrencies as an asset class.

Many have pointed out that since cryptocurrencies work independently of the traditional financial system and aren’t regulated by banks, so they aren’t prone to fluctuations amid an uncertain period for the global economy. Case in point, the Covid-19 pandemic, which has wreaked havoc on most economies and put banks under stress. However, the pandemic hasn’t stemmed the momentum for Bitcoin and Ethereum.

“Our country’s economy has suffered during a pandemic, stock markets tank during a recession. However, cryptocurrencies are more or less immune to these shocks,” added Gupta.

Nischal Shetty, the founder of Mumbai-based crypto exchange WazirX concurred with the assessment. “Traditionally, investors used gold to hedge against stock volatility. But today, crypto is slowly emerging as a mainstream investment class especially among millennials,” he said.

Monark Modi, founder and CEO of UAE-based crypto exchange Bitex, which recently launched its operations in India, pointed out that unlike gold where no one is sure of the actual supply and circulation around the world, in the case of Bitcoin, the circulation is limited at 21 Mn bitcoins which can be mined.

This year, the market sentiment for cryptocurrencies in India has been optimistic, after the Supreme Court, in March, overturned the Reserve Bank of India’s ban on cryptocurrency trading in India. The ban had barred banks and other financial institutions from providing services to crypto players in the country. With the ban being overturned, trading volumes soared amid the Covid-19 pandemic. Of late, notable international crypto players have sought to gain a foothold in the Indian market by either investing in a local crypto exchange or formally announcing the launch of their operations in India.

However, speculations about an impending ban on cryptocurrencies in India continue to dog the industry’s growth. Last month, Inc42 reported that US-based crypto giant Coinbase — an investor in CoinDCX — has been looking to enter the Indian market as a “solo” entity, but is concerned about the unclear regulatory scenario for cryptocurrencies in India.

“With regulation and adoption, the crypto market will become mature and mainstream. Bitcoin price has shown a consistent increase this year and seems to be replicating the gold price rise. It’s a good sign that it is gaining ground as a store of value for people around the world,” added Shetty of WazirX.

Ashish Singhal, cofounder and CEO of Bengaluru-headquartered crypto exchange CoinSwitch Kuber points out that Bitcoin has outperformed every other asset class, including gold in the last few years.

“Millennials have taken a liking to this new asset class, and are gifting it to their friends and family this festive season. Since the launch of our Crypto Gift Cards three days back, we have sold over 1000 cards,” he said.

A similar increase in traction was witnessed by Gupta of CoinDCX, with his platform witnessing a 25% month-on-month (MoM) growth in users in October and a 21% MoM growth in trading volume.

Nevertheless, onboarding new users would remain a challenge for crypto players in India, until the government issues a regulation for cryptocurrencies. The same would also give a boost to what is already a burgeoning industry in the country today.

According to Crebaco Global Inc, a credit rating and complete audit firm for the blockchain and crypto industry, the Indian crypto industry has a potential market size of $12.9 Bn, if the sector is regulated.

It remains to be seen if a government regulation for cryptocurrencies can help Bitcoin compete with gold as an asset class in India.