Important Happenings From The World Of Cryptocurrency, Bitcoin, ICOs And More [ 18 February - 24 February] 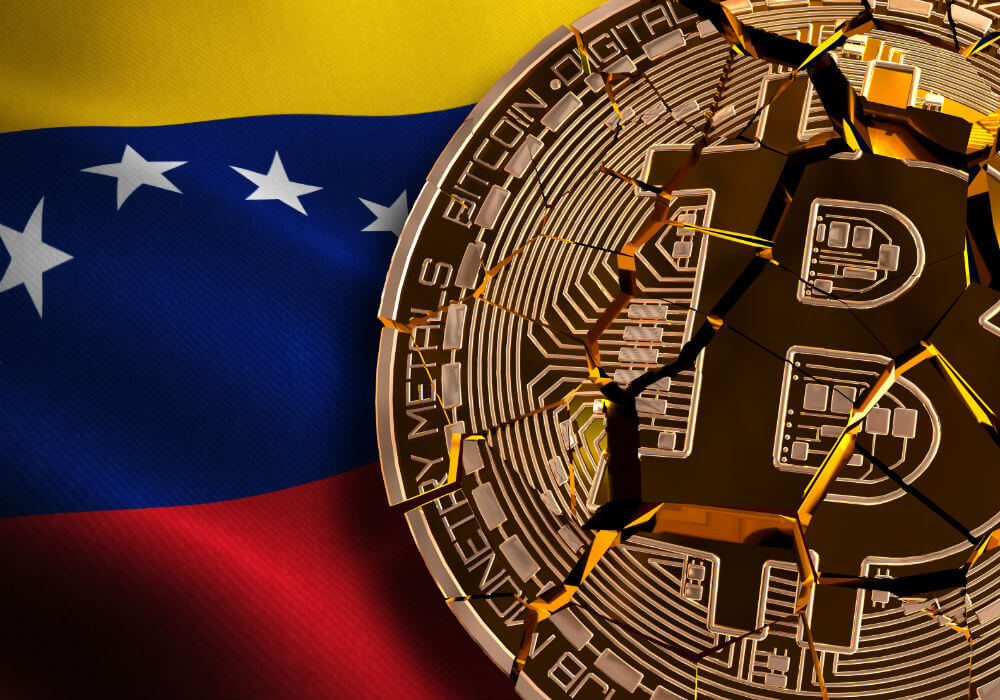 While Satoshi Nakamoto made the world transition to a whole new P2P electronic payment system with Bitcoin, the Dogecoin, which was started as a joke has gone on to add $2 Bn market cap, thereby adding another layer to the “inception”.

Sufficing to the Solaris effect, the world of cryptocurrency is changing on a faster pace, as some of the West-sanctioned states like Russia, Venezuela and now Iran plan to introduce their own fiat cryptocurrency, perhaps to respond resiliently.

In India, while the recent bill ‘Banning of Unregulated Deposit Schemes’ will curb the uses of Bitcoin and other cryptocurrencies in deposit schemes happening in different parts of the country, major cryptocurrency exchanges Zebpay, Unocoin and Koinex have expanded their offerings.

However, the news that rocked the Bitcoin world was yet again from Japan, the world’s largest cryptocurrency market. After Japanese exchange Coincheck witnessed the world’s biggest hack ever last month, now Osaka-based Zaif is caught under a $20 Tn Bitcoin glitch.

India: Banning Of Unregulated Deposit Bill Does Not Mandate A Ban On Cryptocurrency

While the newly Cabinet-approved bill on ‘Banning of Unregulated Deposit Schemes’ may directly or indirectly affect some cryptocurrency users in India, the bill does not mandate a ban on cryptocurrencies in India.

Speaking to Inc42, the man supervising the bill-draft, R. N. Dubey, Economic Adviser, Department of Financial Services, Indian government stated, “Anything which is regulated is legitimate activity, if it is not regulated, it is illegitimate. While Bitcoin or cryptocurrencies are not regulated, the bill doesn’t mandate a ban on cryptocurrency but deposit schemes. Hence, if somebody deposits in the form of cryptocurrency, then the illegal activity will come under the ambit of the bill.”

Dubey said that the Department of Economic Affairs has already constituted a committee which is looking into cryptocurrencies and Bitcoin.

Earlier this month, in his budget speech, FM Arun Jaitley had stated that the Indian government will take all measures to eliminate the use of crypto-assets in financing illegitimate activities.

After HDFC bank, which holds 52% share of the Indian credit cards customer base, SBI with over 5 Mn credit card customers is the second largest credit card issuer in the country.

The note reiterates the fact that the Reserve Bank of India has issued advisories to financial institutions and the public that it has not given any license/authorisation to any entity/company to operate in cryptocurrency schemes or any virtual currencies such as Bitcoins.

It further says, “given concerns, both globally and locally, SBI Card would like to advise you to be mindful of potential economic, financial, operational, legal, customer protection and security related risks associated in dealing with cryptocurrencies and virtual currencies.”

As SBI is set to join the gang of Lloyds Bank and Citibank, banks’ hate story with Bitcoin continues across the world.

The second largest bank in the US – Bank Of America – in its annual filing has written to SEC that the widespread adoption of new technologies, including Internet services, cryptocurrencies and payment systems, could require substantial expenditures to modify or adapt existing products and services.

Toronto-Dominion Bank, a Canadian multinational bank has also decided to halt the use of its credit cards to buy cryptocurrency as it conducts a review of the “evolving market.”

According to the bank’s spokesperson, “At TD, we regularly evaluate our policies and security measures, in order to serve and protect our customers, as well as the bank.”

Singapore-based Bitcoin exchange Zebpay has now made another cryptocurrency Ethereum available for its Indian traders. The company announced, “We are excited to announce Ether trading support on Zebpay. Starting today all our users will be able to buy, sell, send and receive Ethereum (ETH) using Zebpay.”

Unocoin has enabled a new order-based trading feature which will now support the trading of six cryptocurrencies. The supported cryptocurrencies are Bitcoin, Litecoin, Ethereum, Bitcoin Cash, Bitcoin Gold and Ripple. According to the company statement, it will soon add Steller Coins as well.

Koinex, another cryptocurrency exchange platform, after enlisting Request Networks’ crypto-token REQ claimed to have recorded a record number of trading volume of 4.5 Mn within an hour of the launch. 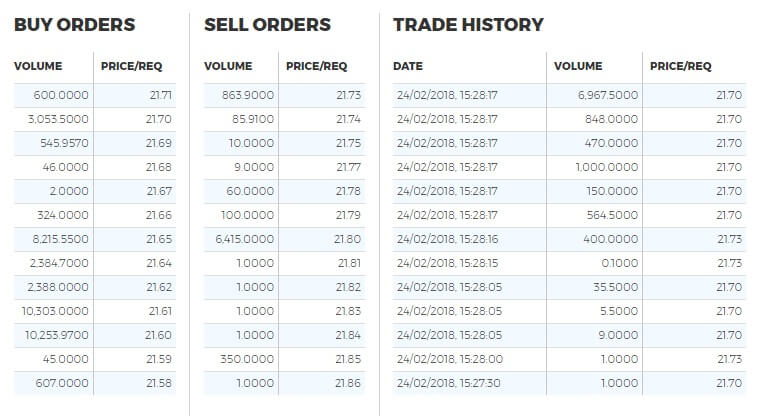 According to the exchange founders Rahul Raj and Aditya Naik, It only shows the impact and the strong voice they command in the digital assets segment.

After some apparent technical glitch, Koinex had recently witnessed users’ backlash over Ripple trading. Around seven to eight users had approached Inc42 claiming that their accounts have been suspended after receiving some extra Ripples in their Koinex accounts on February 6. Many users took to Telegram and Twitter expressing their angst. According to various users, Koinex initially asked the users to return the ‘extra Ripples’ that were transferred to the users account as part of some glitch. While some users, who returned the extra Ripple, could successfully restore their accounts, others’ accounts who received but didn’t refund the same were later blocked by Koinex.

The company didn’t respond to the development.

While the news pertaining to Coincheck’s $550 Mn hack has still not settled, Zaif, another government-registered exchange had let seven customers buy bitcoin with no yen value during a 20-minute window last week, reported Japan Times.

A blunder, which many estimate was to the tune of $20 Tn. It reported that the system glitch at Zaif led users to obtain digital money for free, with one apparently purchasing Bitcoin valued at 2,200 Tn yen ($20 Tn) and then attempting to cash in on it.

As per the JT report, the exchange voided the trades after discovering the error, which happened on February 16 — though it was still trying to resolve the issue with one customer who tried to transfer the knock-down bitcoins from the exchange.

Zaif’s operator had already faced checks after last month’s theft of $530 Mn in digital money from Coincheck Inc., with regulators fearing its systems were at risk from cyber attacks.

Finally, Venezuela launched the cryptocurrency Petro to resile the country’s sunken economy. As reported by Inc42, each Petro will be backed by the value of one barrel of oil.

The government of Venezuela has also released a white paper, according to which the government plans to circulate around 100 Mn Petro Coins.

Having claimed to have $735 Mn already, Venezuela hopes to raise $6 Bn from Petro Coins, However, is it the right answer for the $141 Bn debt-ridden country?

After Russian Nuclear Supercomputers got caught in cryptojacking, now some hackers reportedly hacked Tesla Kubernetes console to mine cryptocurrencies.

The details pertaining to mining software and more have not come out yet, as the attackers hid the true IP address of the mining pool server behind CloudFlare, a free content delivery network (CDN) service.

In India, while it is the ED and IT officials hunting Bitcoin users, in its neighbouring country, Bangladesh it is their police.

While the Bangladesh Central Bank has already issued a warning against Bitcoin, according to the report, an official of BFIU said, “Banks and other financial organisations of the country have been ordered to maintain a strict vigil on cryptocurrency trading. A circular will soon be sent out detailing the matter.”

“There is no way to purchase these currencies legally through banking channels. Cybercrime investigators are working on the matter,” he added.

Besides Iran, Austria and Turkey are now other countries exploring the space with their own fiat cryptocurrencies. According to a report, Turkey Minister Ahmet Kenan Tanrikulu has penned a detailed report on the issue, proposing the state-controlled release of a national bitcoin called Turkcoin.

Meanwhile, most of the TV series scriptwriters except that of Mr Robot could not go beyond Ransomware attacks and one of the most popular American spy TV series Homeland with its latest episode did no exception while featuring Bitcoin.