Important Happenings From The World Of Cryptocurrency, Bitcoin, ICOs And More [ 21 January - 27 January] 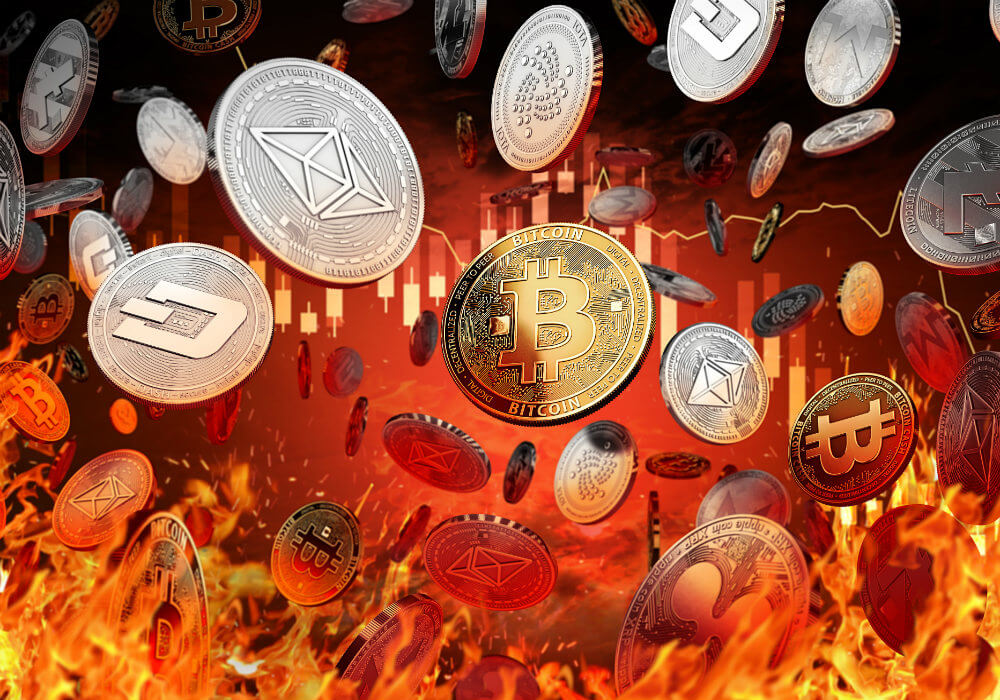 ‘Our descendants doubtless will laugh at the human insanity of our Age.’ Equating ‘Bitcoin bubble’ with Tulipmania and Dot-Com bubbles, while the global investment bank Goldman Sachs, in its latest report, has warned users about the Bitcoin repercussions, Nobel Laureate Robert Shiller has joined the anti-Bitcoin gang led by IMF Chief Christine Lagarde, Warren Buffet and Paul Krugman.

Back in India, Bitcoin Exchanges are still clueless about the centre’s Bitcoin taxation policy, as the confusion over which GST slab Bitcoin falls, remains.

At a time when Bitcoin was getting bashed at the WEF Davos Summit 2018, in Japan, Bitcoin faced another Mt. Gox tragedy, as one of the leading Japanese cryptocurrency exchanges Coincheck reported a whopping $532 Mn loss of holdings after the website was hacked earlier this week.

Bitcoin has already plunged to $11K, even as the Nobel Prize-winning economist Robert Shiller has suggested that Bitcoin will ultimately collapse in the long run.

Does that scare cryptocurrency enthusiasts? Absolutely not. While the cryptocurrency market is coming down, Hollywood superstars have jumped onto the bandwagon to lead the Bitcoin party. Katy Perry now has a crypto-themed manicure that is taking Instagram by storm.

Another Rapstar 50 Cent, who had gained almost 700 Bitcoins at $662 per Bitcoin from his album sales in 2014 has now become a Bitcoin millionaire as its price has grown to $11K since then.

The Russian government has finalised the federal law for the regulation of cryptocurrencies and ICOs, reports a Bitcoin daily. The draft law entitled “On Digital Financial Assets” which will regulate cryptocurrencies in Russia, shall come into force 90 days after the date of its official publication.

The draft published in December 2017, states, “This federal law regulates the relations arising in the creation, issuance, storage and circulation of digital financial assets, as well as the exercise of rights and performance of obligations under smart contracts.”

According to the RT, with the draft, Russia has also introduced CryptoRuble as legal tender. It read, the draft law was submitted by a Communist Party MP, Rizvan Kurbanov. It specifies that the currency will go by the name CryptoRuble.

As reported by Inc42 earlier, the Russian fiat cryptocurrency CryptoRuble will also be promoted for circulation in international markets.

In a notice sent to its clients, the Tokyo-based cryptocurrency exchange Coincheck has disclosed that in a cyber attack the exchange has lost about $532 Mn (¥58 Bn) worth of its holdings, reported Japan Times.

One of the major cryptocurrency exchanges in Japan, Coincheck has stated that $532 Mn worth of Bitcoins had been transferred illegitimately.

The exchange-operation has been frozen since then.

After Capital One Financial issued a statement that it would no longer allow cryptocurrency purchases with its credit cards, the world’s ninth largest bank Bank of America is reportedly re-examining their Bitcoin policy regarding buying Bitcoin using credit cards.

Currently, JPMorgan, Bank of America and Citigroup are the three leading banks which allow customers to use their credit cards to buy Bitcoins.

Allowing cryptocurrency trading causes too many headaches, reports CNBC. As per the report, TD bank may also stop processing Bitcoin owing to the security measures.

WEF Davos 2018: Bitcoin Is Too Volatile To Trust

In its annual event at Davos which saw PM Narendra Modi as its keynote speaker, Nobel Prize-Winning Economist Robert Shiller in a panel discussion on ‘The Crypto-Asset Bubble’ refused to recognise Bitcoin as a currency and stated that though he is impressed with the technology, he believes that the technology is up for something else.

“I tend to think of bitcoin as an interesting experiment, not a permanent feature of our lives. We’re over-emphasising bitcoin, we should broaden it out to blockchain, which will have other applications,” stated Shiller.

Shiller also said that he won’t be surprised if Bitcoin price goes back to zero in the near future.

The IMF Chief Christine Lagarde also bashed Bitcoin on account of the cryptocurrency wasting a hell of electricity in mining.  Lagarde at the WEF panel discussion said, “The bitcoins mining, which is this accelerated and augmented use of computers to actually determine the value and incentive of the functioning of the mechanism, is energy angry.”

The South Korean Communications Commission has found that almost all the cryptocurrency exchanges have insufficient safeguards against customer data protection.

The Korean authority has sanctioned eight cryptocurrency exchanges and has given them a 30 days window to take necessary measures in this regard.

According to the KCC statement, among the 10 surveyed companies, all eight companies except the two companies who stopped providing related services during the survey period were found to be in violation of the Information and Communication Network Act, and the number of transactions and the number of users in related fields surged, And, the protection of personal information, such as establishing rules for the creation of passwords.

Caught in a dichotomy, with leading cryptocurrency exchanges getting hacked again and again, Bitcoin which was once claimed to be a full-proof cryptocurrency has now lost its ground over the questions of how hack-proof it is.

The hardware wallet is also slowly getting out of touch, as users over the world have already lost 3.8 Mn Bitcoins so far either due to forgotten passwords or other issues.

Now, a newly discovered Trojan called Evrial is being sold as a complete Malware-as-a-Service (MaaS) package which is capable of monitoring the Windows Clipboard, detecting cryptocurrency wallet addresses and editing them to redirect Bitcoins, Etherium, Litecoins, and more.

The UK’s national fraud and cybercrime reporting agency, has stated that the Bitcoin fraud has tripled in the last one year. Unlike the conventional currency frauds where there is high probability of busting the fraud, most of the Bitcoin frauds have either gone undetected or could not be traced further if caught.

While the Indian government has already equated Bitcoin with Ponzi schemes, many who have not got the Bitcoin fever yet wonder what should they believe in — the most valuable hack-proof or hacked currency?

Malka Fleischmann in her The New York Times Column questions, “Are Bitcoins More Real Than Boyfriends?”