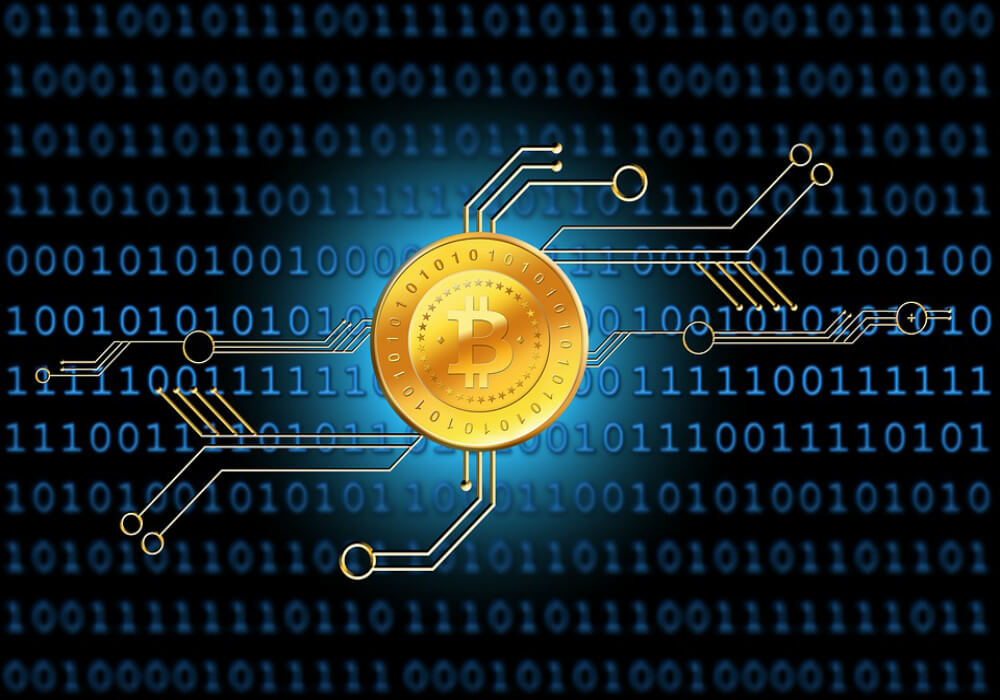 Important Happenings From The World Of Cryptocurrency, Bitcoins, ICOs And More [ 3 December - 9 December]

‘Unstoppable’. ‘Incredible Hulk’. Despite the ‘beddy bye’ by the leading authorities across the world, Satoshi Nakamoto’s nine-page long white paper (On Bitcoin/cryptocurrency) that is taking the entire world on a ride has become the new ‘Jeff Koons’ balloons’, perfecting Lil Wayne ft. Eminem’s ‘wisdom is bleak, and that’s a word from the wise, served to survive’ verse.

Currently trading at $16K, Bitcoin is fast becoming that virtual ‘SoBo’ piece of land that people always aspired to buy but it wasn’t everyone’s cup of tea. This is precisely because 40% of Bitcoins i.e. roughly 7 Mn are owned by only one thousand people. Further, 3.7 Mn Bitcoins are said to be lost, and this leaves a very limited number of Bitcoins available for trading for most of the Bitcoin enthusiasts and thousands of new traders getting added to the Bitcoin community every passing day.

With only 4 Mn Bitcoins left to mine that too at a limited pace due to the halving injection after every four years, there are huge chances that the Bitcoin ‘bubble’ will never burst. Bitcoin will never face any major correction as speculated by some of the economists. However, the same can’t be said about other cryptocurrencies.

This week, while India’s RBI has reiterated that it has not provided any license to any authority or private agency to trade cryptocurrency, Israel and Venezuela have shown some remarkable developments in cryptocurrency trading.

Sceptical about the cryptocurrency coming from sanctioned countries/states, Europe and the US are closely observing the inflow and outflow of virtual currencies. The European Union is reportedly about to amend its regulations, tightening the anti-money laundering act further.

RBI Maintains Status Quo Over Bitcoin And Other Cryptocurrencies Trading

After Finance Minister of India Arun Jaitley made it clear that the centre doesn’t recognise the use of Bitcoins and other cryptocurrencies as a legal affair, the Reserve Bank of India (RBI) has reissued its warning pertaining to cryptocurrencies.

In its statement, released on December 5, 2017, RBI said, “Attention of members of public is drawn to the Press Release issued by the Reserve Bank of India (RBI) on December 24, 2013, cautioning users, holders and traders of Virtual Currencies (VCs) including Bitcoins regarding the potential economic, financial, operational, legal, customer protection and security related risks, associated in dealing with such VCs.”

Earlier this year, RBI had also clarified that it has not given any licence/authorisation to any entity/company to operate such schemes or deal with Bitcoin or any other virtual currency.

Israel, widely known for its strict financial regulations, is now focusing on creating an international financial centre based on ICOs, reported Bitcoin daily.

Speaking at an Israeli corporations conference, Prof. Shmuel Hauser, outgoing Chairman of the Israel Securities Authority (ISA) stated, “We will have to bring order to the market. Some countries decided to examine digital tokens on a case by case basis. A small number decided to ban them. We have decided to find out, with a team headed by the chief economist and the head of the corporations’ division, under which terms is it a security? Coin? Or some hybrid, I call a security-coin? The team is meant to file its report by the end of December. We will have to define for ourselves and the market what is this beast. Among other things, we will need to consider expanding the supervision on security-coin and define a proper regulatory framework, different from the one we know for IPOs.”

Prof Shumuel further stressed upon the fact that the topic of digital currencies and their offerings must receive a favourable regulatory response to give a chance for the option to develop an international financial center for security-coin from the type of ICOs.

The statement made by the outgoing Chairman is a hard-fork from his previous statements. Last month, speaking to The Times of Israel, he had said that he was very troubled by the possibility that binary options fraudsters are now entering the field of cryptocurrencies, where they might be seeking to perpetuate the next big scam, and initial coin offerings and cryptocurrencies.

Venezuelan president Nicolas Maduro has announced his plans to launch a new cryptocurrency called ‘Petro’ to circumvent US-led sanctions. The new cryptocurrency is backed by oil, gas, gold and diamond reserves to shore up the country’s collapsed economy, reported Reuters.

Nicolas stated that the new cryptocurrency Petro would help Venezuela advance in issues of monetary sovereignty and make financial transactions to overcome the financial blockade, posed by the US-led NATO countries.

Venezuelan currency Bolivar has been on a free fall in recent years. Compared to the US Dollar, Bolivar has devalued by 5x for the past eight years. As Trump gears up to further enhance the sanctions and sealing of Venezuelan bank accounts in the US, the new announcement is seen as a circumvent to the blockade.

Inc42 has earlier reported about the Bitcoin euphoria that Venezuela had witnessed in recent months. Within last three months, the trading volume has quadrupled, from initial 9 Bn to 40 Bn. Like India, Venezuela state regulations regarding Bitcoins remain unclear and, the state has suffered a massive devaluation of its national currency in the past one year.

According to The Atlantic, Venezuela is home to one of the worst hyperinflation since the Weimar Republic with a Big Mac costing about half a month’s wages. Yet, despite some recent crackdowns, mining Bitcoins has emerged as an effective way of earning bread and butter there.

In its statement, the agency has also informed that 12 cryptocurrency exchanges’ applications were rejected as they could not meet the registration requirements. The agency has asked those companies to shut down their operations with immediate effect.

Ed Tilly, Chairman and CEO of Cboe Global Markets, said: “Given the unprecedented interest in Bitcoin, it’s vital we provide clients, the trading tools to help them express their views and hedge their exposure. We are committed to encouraging fairness and liquidity in the bitcoin market. To promote this, we will initially offer XBT futures trading for free.”

Other leading exchanges Nasdaq and CME have also announced their plans to launch Bitcoin futures. While Nasdaq is yet to announce the exact timeline, CME is set to start offering Bitcoin futures on December 18, 2017.

In spite having issued strong statements against Bitcoins, the Fed Reserve is now considering to float its own cryptocurrency, reported Investopedia.

Speaking at Rutgers University, the President of the Federal Reserve Bank of New York William Dudley explored the idea of a Fed-issued cryptocurrency in the future. William stated, “It’s really very premature to be talking about the Federal Reserve offering digital currencies, but it is something we are thinking about.”

Fed is not the only one. Inc42 in the past had reported that RBI too, is considering to float its fiat cryptocurrency while Russian Central Bank and Dubai Authorities have also announced their plans to launch their own fiat cryptocurrencies.

Remember the Winklevoss twins? The Winklevoss twins had sued Facebook founder Mark Zuckerberg for stealing their idea, and in fact, had almost won the lawsuit. To close the chapter, Facebook had to pay $65 Mn to the twins, out of which Winklevoss had invested $11 Mn in Bitcoins. This was 2013. Since then the Bitcoin price has surged 10,000% making the twins billionaires now.

A Slovenia-based Bitcoin mining site NiceHash recently reported that almost 4000 Bitcoins of worth $70 Mn have been stolen from its site. The website, since then, has shut down its operations and is currently investing how the Bitcoins were stolen.

Amid the increasing crimes surrounding Bitcoins, the UK government is considering to bring Bitcoin exchange and wallet providers under the purview of relevant national authorities, forcing them to carry out due diligence on customers and report suspicious activity. Traders would also be required to disclose their identities.

To counter the increasing crime, in South Korea, the government has established a new task force to regulate Bitcoin and other cryptocurrencies trading.

Gold is the new ‘Bitcoin rush’. Gold companies in Israel that green signalled Bitcoins have registered around 1300% growth since then. People’s love affair with Bitcoin can also be estimated with the fact that Japan consumers rate “cryptocurrency” as one of the top most influential buzzwords of 2017. In India, where RBI continues to isolate itself from Bitcoin and other cryptocurrencies, Google search reveals, people google ‘Bitcoin’ more than the ‘gold’.

As the brazen rise of Bitcoin has made it more of ‘K’un-L’un’ affair, Bitcoin Cash is encashing all the common traders’ attention, bringing Bitcoins down to a bull-bear tug of war. In its short span of four months, Bitcoin Cash price has surged to $1.5K. For most of the Mumbaikars, it’s like if buying a flat at ‘SoBo’ area not possible, shifting towards Borivali ain’t a bad idea either!