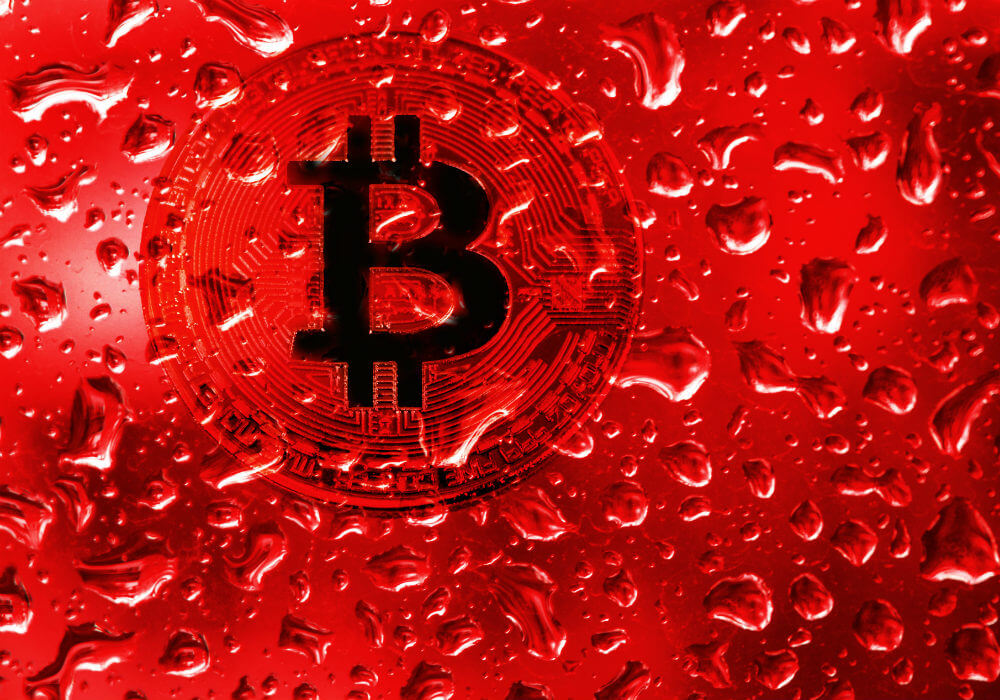 Important Happenings From The World Of Cryptocurrency, Bitcoin, ICOs And More [ 11 February - 17 February]

The Dark Knight Rises. Bitcoin is back to $10K+ mark. Interestingly and expectedly so, the glass of cryptocurrency remains half filled for some, while, half empty for others.

Irrespective of the price surge and fall, there is never a dull moment in cryptocurrency market. Lots of dark, grey and white developments continue to emerge every passing day.

In Europe alone, the cryptocurrency laundering has crossed $5.5 Bn, says the Europol.

This week in cryptocurrency, while rapper Jay Z’s company has invested in Robinhood’s cryptocurrency trading platform Robinhood Crypto, jumping on the crypto-wheel train, Comedian Ellen DeGeneres tried her best to explain what the cryptocurrency actually is. She stated, “Everybody is talking about bitcoin, nobody understands it.”

In India, despite the authorities ED and IT have tried to tighten the noose, the trade seems to be unstoppable. The line dividing legal trading from illegal financial activities is still too thin to not to cross.

In spite of showing collaborative efforts between the two, the trade-off between regulators and cryptocurrency community at large, in India, has reduced to an age-old race between the tortoise and the rabbit.

With the Indian government cracking down on cryptocurrency trading, the country’s Bitcoin exchanges have come together to create a central database that will be programmed to maintain user information as well as real-time records of transactions.

This will help cryptocurrency exchanges trace the purchase data of buyers and sellers with the help of either their Aadhaar ID or permanent account number (PAN).

Additionally, the database will contain other details such as the total number and value of cryptocurrencies held by individual users.

Commenting on the development, Ajeet Khurana, Head of the Blockchain and Cryptocurrency Committee (BACC) of the Internet and Mobile Association of India (IAMAI) said, “This is one of the proposals we are planning to submit to the government committee which is looking into the issue of cryptocurrency.”

Mumbai-headquartered P2P bike and car rental startup Drivezy has raised $5 Mn, as part of the first round of Initial Coin Offering (ICO). Apart from the company’s existing investors, the round also saw the participation of high net worth individuals (HNIs) from Japan and Singapore.

Drivezy’s first ICO round was open to investors with a minimum net worth of $1 Mn or with an annual income upwards of $200K. Drivezy will be exchanging the money raised through the initial coin offering into dollars via US-based cryptocurrency exchanges.

With the newly-secured capital, Drivezy is looking to add another 800 cars and bikes to its fleet.

Initial Coin Offering, for the uninitiated, is an unregulated method of crowdfunding, through which companies can raise capital from investors dealing in cryptocurrencies such as Bitcoin, Ethereum and others.

Through ICOs, investors can purchase cryptographic tokens, which entitle them to a share of the revenue generated by the company they are investing in. For its first round of ICO, Drivezy reportedly sold around 3 Mn tokens at a unit price of 0.00141 ETH.

As part of the ICO, 95% of the revenue generated by customers renting the vehicles through Drivezy will go to the ICO investors and 5% to Drivezy, between the 1st and 5th of every month.

Speaking at the launch in Japan, Ashwarya Singh, co-founder and CEO of Drivezy stated, “With the growing popularity of Bitcoin in India, we feel that this is the right time to open alternative means in the sharing economy. This ICO is part of our vision to leverage the power of the blockchain to build an open, secure and transparent technology to globalise the Indian car sharing marketplace.”

Unlike Bitcoin itself, Bitcoin mining never took the buzz-centre stage. However, it remains an inherent part of the entire chain. Nvidia Corporation, the graphics processing unit (GPU) manufacturer, has reported a record revenue for the fourth quarter of $2.91 Bn, up 34% from $2.17 Bn a year earlier, thanks to strong demand from cryptocurrency miners which buy its graphics cards in bulk.

As everyone is aware of the fact that normal hardware sucks in mining, some of the Russian scientists have now been arrested for allegedly using supercomputers at Russian nuclear warhead facility Federal Nuclear Centre in Sarov, Western Russia, for mining cryptocurrencies, reported BBC.

The centre’s press service said, “There has been an unsanctioned attempt to use computer facilities for private purposes including so-called mining.”

As per the report, the suspects had tried to use one of Russia’s most powerful supercomputers to mine Bitcoins. These supercomputers were not supposed to be connected to the internet.

Wainwright stated that cryptocurrency exchanges need to cooperate with police as police have no way to freeze crypto wallets in the way they could freeze a bank account.

Amid increasing Bitcoin laundering across the globe, one of the world’s leading Bitcoin exchanges Coinbase faced users’ fury as a number of users reported they lost more than 5x than what they intended to trade.

Coinbase, however, clarified later that there was nothing wrong with Coinbase as the duplicate transactions didn’t occur due to Coinbase, but its payment partners Visa and Worlpay. The exchange later issued a joint statement on the behalf of Visa and Worldplay stating, “Worldpay and Coinbase have been working with Visa and Visa issuing banks to ensure that the duplicate transactions have been reversed and appropriate credits have been posted to cardholder accounts.”

“All reversal transactions have now been issued and should appear on customers’ credit card and debit card accounts within the next few days. We believe the majority of these reversals have already posted to accounts. If you continue to have problems with your credit or debit card account after this reversal period, including issues relating to card fees or charges, we encourage you to contact your card issuing bank,” it added.

Meanwhile, like India, American Bitcoin investors are not paying any taxes on cryptocurrency tradings, despite months of warnings. According to data from Popular Tax Preparation, only 0.04% of the U.S. tax filers have reported their cryptocurrency gains and losses to the Internal Revenue Service so far this year. That’s far fewer than the 7% of Americans who are estimated to own Bitcoin or some other cryptocurrency