New Cabinet-Approved Bill May Tighten The Noose On Cryptocurrency Traders

New Cabinet-Approved Bill May Tighten The Noose On Cryptocurrency Traders 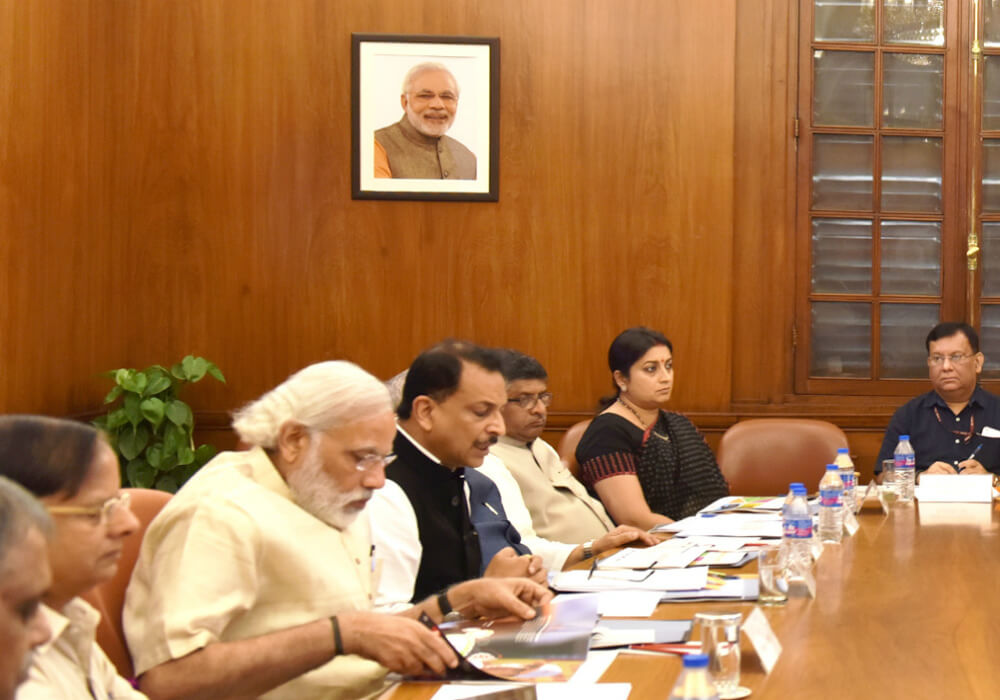 The Indian Union Cabinet chaired by PM Modi has approved to introduce the Banning of Unregulated Deposit Schemes Bill, 2018 in the parliament, which may include Bitcoin and cryptocurrencies that have been seen largely unregulated so far.

The bill is aimed at “tackling the menace of illicit deposit-taking activities in the country. It will prohibit companies/ institutions running such schemes from exploiting existing regulatory gaps and lack of strict administrative measures which result in poor and gullible people being duped of their hard-earned savings.”

The bill is being seen as an important instrument to curb ongoing Ponzi schemes in India. And, it is worth noting here that the Indian government has already equated Bitcoin and cryptocurrencies with Ponzi schemes.

In his budget speech, FM Arun Jaitley had stated that the Indian government will take all measures to eliminate the use of crypto-assets in financing illegitimate activities.

Subhash Chandra Garg, Secretary, Department of Economic Affairs had later stated that there will be regulations by the end of this financial year.

In the draft, there is no separate or exclusive mention of words like Bitcoin or cryptocurrency; however, the explanatory notes that say ‘either in cash or in kind or in the form of a specified service’ provided under ‘unregulated deposit scheme’ can thus accommodate Bitcoin transactions too.

Once enacted, the bill can empower authorities to take strict actions organisations dealing with cryptocurrencies. The section IV of the draft specifies,

No deposit taker shall directly or indirectly promote, operate, issue any advertisement soliciting participation or enrolment in, or accept deposits in pursuance of an unregulated deposit scheme.

According to the bill-draft, the Banning of Unregulated Deposit Schemes Bill, 2018 will provide a comprehensive legislation to deal with the menace of illicit deposit schemes in the country through,

It would ban unregulated deposit-taking activities altogether, by making them an offence ex-ante, rather than the existing legislative-cum-regulatory framework which only comes into effect ex-post with considerable time lags.

It provides for severe punishment and heavy pecuniary fines to act as deterrents and has adequate provisions for disgorgement or repayment of deposits in cases where such schemes nonetheless manage to raise deposits illegally.

The Finance Minister in the Budget Speech 2017-18 had announced that the draft bill to curtail the menace of illicit deposit schemes had been placed in the public domain and would be introduced shortly after its finalisation.

In a statement released earlier, the government had stated that there has been a phenomenal increase in recent times in the price of Virtual ‘Currencies’ (VCs) including Bitcoin, in India and globally. The VCs don’t have any intrinsic value and are not backed by any kind of assets. The price of Bitcoin and other VCs, therefore, is entirely a matter of mere speculation resulting in spurt and volatility in their prices. There is a real and heightened risk of investment bubble of the type seen in Ponzi schemes which can result in sudden and prolonged crash exposing investors, especially retail consumers losing their hard-earned money.

Emphasising the risk and illegality involved in Bitcoin trading, the finance department said, “Consumers need to be alert and extremely cautious as to avoid getting trapped in such Ponzi schemes. VCs are stored in a digital/electronic format, making them vulnerable to hacking, loss of password, malware attack etc. which may also result in permanent loss of money. As transactions of VCs are encrypted they are also likely being used to carry out illegal/subversive activities, such as terror-funding, smuggling, drug trafficking and other money-laundering acts.”

As the bill-draft nowhere mentions ICOs, Bitcoin or cryptocurrency directly, a further clarification in this regard is expected to be issued, better sooner than later.