Bengaluru Ranks In 25 Global Most Hi-Tech Cities; Karnataka Ministers Give Credit To Govt. Policies And Vision

Bengaluru Ranks In 25 Global Most Hi-Tech Cities; Karnataka Ministers Give Credit To Govt. Policies And Vision

As Per Research Firm 2thinknow Bengaluru Ranks 19th Ahead Of  Berlin, Hong Kong and Shenzhen. 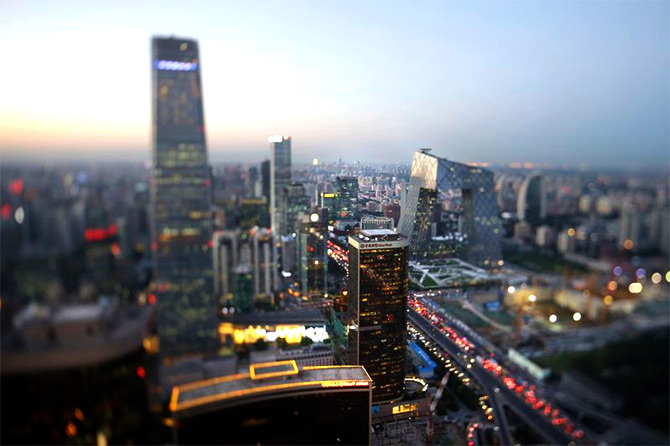 Global research firm 2thinknow has placed Indian Silicon Valley, Bengaluru at the 19th spot amidst 25 most hi-tech cities in the world. On this achievement, Karnataka Ministers – Industries & Infrastructure Minister R.V.Deshpande and IT & Tourism Minister Priyank Kharge said in a media statement that this “was possible because of the government’s policies and vision”.

“The global recognition for Bengaluru — the only Indian city to figure in the list — was a vindication of the government’s initiatives,” the Ministers added.

Research firm 2thinknow specialises in analysing innovative cities. While San Francisco has grabbed the top spot in the list, Bengaluru has surpassed cities such as Berlin, Hong Kong and Shenzhen.

In 2016, 2thinknow placed Bengaluru at 49th position globally. The firm has provided the report on the basis of 10 factors related to technological advancement — including the number of patents filed per capita, startups, tech venture capitalists, ranking in other innovation data sets, and level of smartphone use.

“No other city in 2thinknow’s ranking climbed as far compared to 2016’s ranking as Bengaluru, which moved from 49th place to 19th. The change is due to an influx of IT companies and the city’s enormous population of programmers. Half of India is under 25, and many are entering the growing tech space, creating a virtuous circle of growth,” the research firm said.

Bengaluru: The Rising City of Karnataka On The Global Map

As stated by IT Minister of Karnataka, Priyank Kharge, “Bengaluru, as a city, is technology-friendly and adapts to changes easily and fast. Being a tech hub also enabled the city to become one of the best innovation eco-systems in the world.”

As per Inc42 Data labs report, in H1 2017 Bengaluru beat Delhi to emerge as the most favoured funding destination for startups. Currentl, home to unicorns like InMobi and Flipkart, Bengaluru embraces in itself 6000+ startups presently. Since January 2015 to June 2017, 686 startups from Bengaluru have raised $6.34 Bn in funding respectively.

Bengaluru has also been in the top 22 tech cities across the world in affordable living, as per the Savills Tech Cities Index. Overall, the city ranks a low 20 amongst the tech cities in the world, with Austin topping the list, followed by San Francisco and New York.

And when it comes to the cost of living index, Bengaluru tops the charts with a weekly residential rent for tech employees and household standing at $236 – compared to the other tech cities’ average of $368.

Here are a few key pointers from other reports:

Karnataka Government: The Contribution In The Growth Of State As Well As ‘Indian Silicon Valley’ Bengaluru

As stated by Minister Deshpande to ET, “In 1997, when no one spoke about information technology, not even the Union Government, we brought out the first IT policy. There were, of course, reservations, but we went ahead and created an exclusive department for information technology. This helped develop an eco-system and get institutions such as IIIT-B. All these factors helped.”

He also revealed that at present more than 400 firms are engaged in R&D in Karnataka, further building investors confidence and trust in government commitment. “We should not rest on this laurel, and we have the potential to rise further in the ranking,” he added.

Commenting on this global achievement of State’s capital city Bengaluru, Priyank Kharge, said, “Timely government-intervention and policies have created a good eco-system for technology. We were the first to identify technology as the sunrise industry and helped create an entire eco-system here.”

Here are a few recent announcements of Karnataka Government to boost the state’s startup ecosystem.

The Karnataka Government’s efforts to boost the state’s startup ecosystem are proving to be fruitful. The rise of Bengaluru city on the global map is an indication of how the stakeholders in startup and tech community are becoming a torch bearer for the generations ahead. No wonder, the Silicon Valley of India has finally raised its flag and as Minister Deshpande rightly said, Bengaluru does have the potential to rise further in the ranking.