Amazon Offers To Buy 60% Stake In Flipkart, Krishnamurthy May Resign

Amazon Offers To Buy 60% Stake In Flipkart, Krishnamurthy May Resign

While Other Investors In Flipkart Haven’t Been Very Keen On Amazon’s Offer, SoftBank Has Been Looking Forward To It 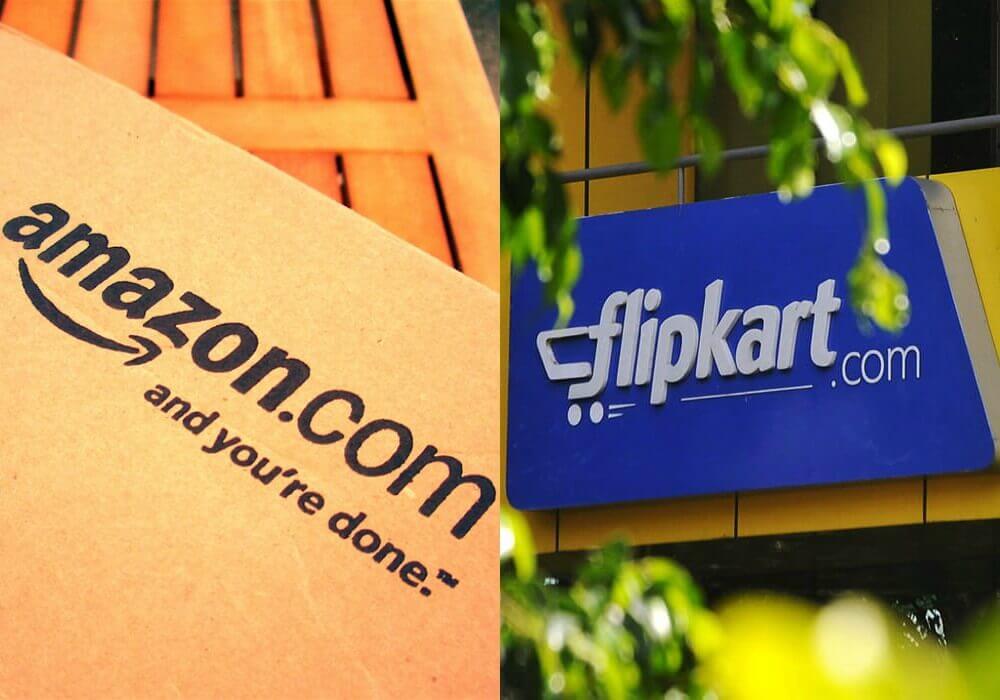 In another major update in the Flipkart-Walmart deal, Amazon has reportedly raised an offer to buy 60% stake in the homegrown ecommerce giant. As per reports, Amazon’s bid is likely to be on par with Walmart Inc’s bid and Amazon is also seeking a non-compete agreement with Flipkart’s founders.

The new report adds that founder Sachin Bansal is overseeing final negotiations with Walmart and the Walmart global team may come to India soon to close the deal. Furthermore, recently SoftBank CEO Masayoshi Son was in India, which indicates that the deal-talks are at its peak.

The proposed investment deal with Walmart, which is worth nearly $18-20 Bn, will include a provision to set up a chain of retail stores across the country.

Walmart and its major global rival Amazon had announced their plans to invest over $300 Mn (INR 2,000 Cr) in India in a bid to build their network and to gain a share of the local retail market in January 2016.

At present, Amazon has already entered the food retail segment in India. Reports suggested that Amazon will now sell locally made and packaged food to consumers directly and will compete with other leading online grocery and food retail marketplaces like Grofers, Bigbasket, Supr Daily, who received similar approvals from the government for food retailing.

It is also boosting its presence in other verticals in the country with products such as Amazon Pay, Amazon Prime, Amazon Now and Amazon Pantry, among others. A deal with Flipkart will certainly make the US giant capable of claiming its dominance in the Indian as well as other Asian markets it is trying to capture.

An email query sent to Flipkart and Amazon didn’t elicit any response till the time of publication.

So far, speculations have been ripe that Walmart plans to retain top-level management of Flipkart post the deal, with CEO Kalyan Krishnamurthy continuing in his role. However, a recent Entrackr report has claimed that the CEO is likely to say goodbye to the company post the deal.

To be noted, Krishnamurthy has been vital to Flipkart’s growth since he joined the company in June 2016 and helped it fight against the dominance by Amazon with a team of mid-level executives, after removing the senior leadership in the company.

In April, Walmart completed its due diligence and is planning retention of the top employees. It was also reported that Myntra CEO Ananth Narayanan and PhonePe co-founders Sameer Nigam and Rahul Chari are expected to continue in their roles with plans to give a bigger role to Flipkart executive chairman Sachin Bansal.

A few other speculations making rounds in the media corridors are:

India’s ecommerce industry is expected to touch $200 Bn by 2026, as per a report by Morgan Stanley. With Walmart ready to pounce on the segment, how Amazon sweeps off Flipkart remains a huge question.