As The Flipkart Deal Inches Closer, Masayoshi Son Lands In India To Make His Own Move

As The Flipkart Deal Inches Closer, Masayoshi Son Lands In India To Make His Own Move

If The Deal Goes To Amazon's Favour, There Are Chances That SoftBank Would Retain Its Stakes Post Merger Too 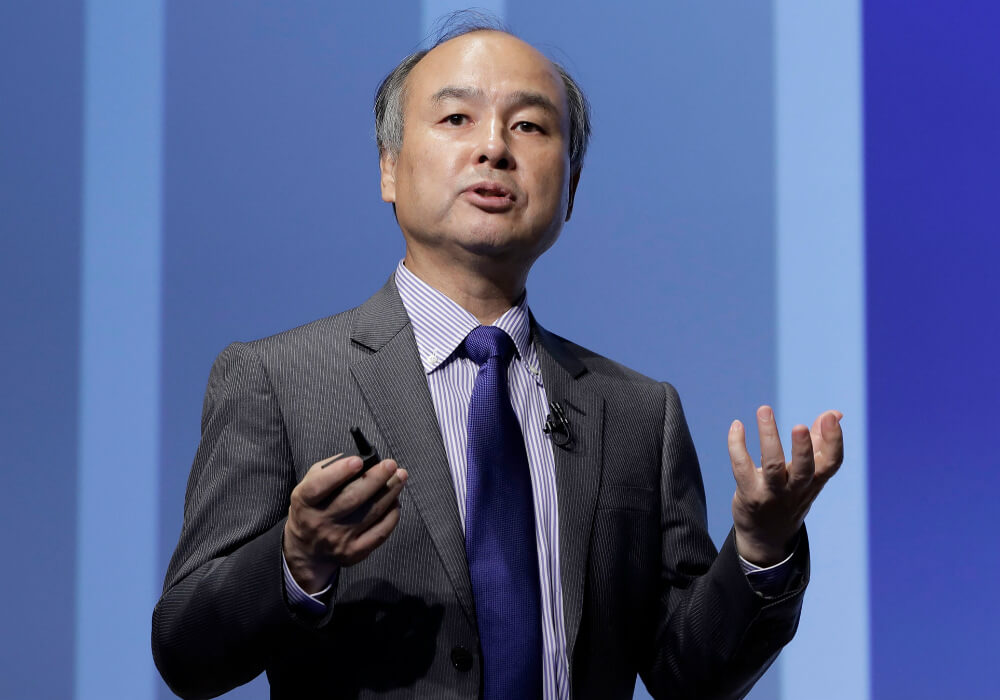 After some flip-flop deals in 2017, while the Uber’s kowtow to SoftBank set the year-2018-tune for its chief Masayoshi Son, the latest agreement pertaining to SoftBank’s Sprint Corp merger with Deutsche Telekom AG’s T-Mobile US Inc has marked the resurgence of Masayoshi Son again, as the ultimate dealmaker in the M&A space across the world.

The Sprint-T-Mobile merger will create a market value of $80 Bn with SoftBank, its biggest shareholder with 27% stake in the merger.

In India, amid Flipkart’s talks with retail giants Walmart and Amazon, Masayoshi Son is in Delhi to ensure whichever way the deal goes, it has to be the SoftBank way (in its interests, of course).

So, What’s Cooking In Masayoshi’s Mind?

As per Vision Fund CEO Rajiv Misra, out of 34 companies that Vision Fund has invested into so far, at least 10 companies might extend their operational services in India in the next few years. At the same time, SoftBank is also pushing Indian portfolio companies like Oyo and Ola to global.

3 Players, 3 Moves: Who Will Have The Last Laugh?

With Amazon and Walmart, both interested in the Flipkart acquisition, the latter has three choices, either to go with Amazon or Walmart or go solo. However, the major player in this entire deal or no-deal game remains to be SoftBank, as it is the biggest stakeholder in Flipkart.

As per Mint, Amazon has indicated to Flipkart’s board that its offer will be at least 10% higher than that of Walmart. But except for SoftBank, all the other key Flipkart shareholders are in favour of closing a deal with Walmart and not Amazon.

This is where Masayoshi Son’s presence matters the most, for the deal. Unlike Snapdeal-Flipkart merger talks, in the current Flipkart deal, the SoftBank stakes and share values are much higher, and so, is the Flipkart’s presence in the Indian ecommerce.

A Flipkart insider close to the development told Inc42, SoftBank is not really interested to handover its Flipkart stakes which Walmart is vouching for. The investment firm is very much keen to retain its shares.

With Flipkart -Amazon merger, SoftBank is actually looking forward to the possible gateway to be a shareholder in Amazon. With Flipkart being currently the only opportunity, SoftBank does not want to lose on that.

Why Is Flipkart Board Not As Keen To Go With Amazon?

On the question, why Flipkart board is not keen to go with Amazon as its biggest stakeholder SoftBank wants it to, the Flipkart insider said, “With Amazon merger, there are chances that Amazon would dilute the Flipkart branding in order to promote Amazon.”

For instance, Amazon might merge PhonePe with Amazon Pay. However, the source further mentioned that Myntra might continue to function independently due to its independent brand value.

Therefore, the board members, despite supposedly having a better offer from Amazon look forward to Walmart deal, as Walmart wants Flipkart to continue to function independently along with its subsidiaries. This will favour many board members and executives to continue their association with Flipkart which may not be the case with Amazon, some suspect.

Currently, besides SoftBank, Tiger Global, Naspers, Tencent, Microsoft and Accel Partners are the other significant stakeholders in Flipkart Group.

Despite being the biggest shareholder, there are less chances that SoftBank will turn the deal in its way, as other board members apparently are in Walmart’s favour. However, with Masayoshi himself in Delhi, it is hard to go the other way around.

There are other aspects as well, that might favour Masayoshi in this deal. One of them being Walmart’s dubious and greedy past pertaining to the Indian market. In 2012-2013, Walmart seeking its big foray into the Indian market, allegedly paid $200 Mn to various parties to secure the real estate approvals.

The Central Vigilance Commission (CVC) had then rejected the Walmart India arguments, and both Bharti Group and Walmart had to not only part their ways from the Bharti Walmart JV, but had to sack the top executives who were close to the case.

Walmart’s dubious game is not limited to Indian market only; but, to Mexican and Chinese market as well. In fact, the retail giant had to pay around $300 Mn to shut the long going  US investigation on its bribery in China, India and Mexico.

This is something, that could help Masayoshi to swipe the Flipkart deal in favour of Amazon.