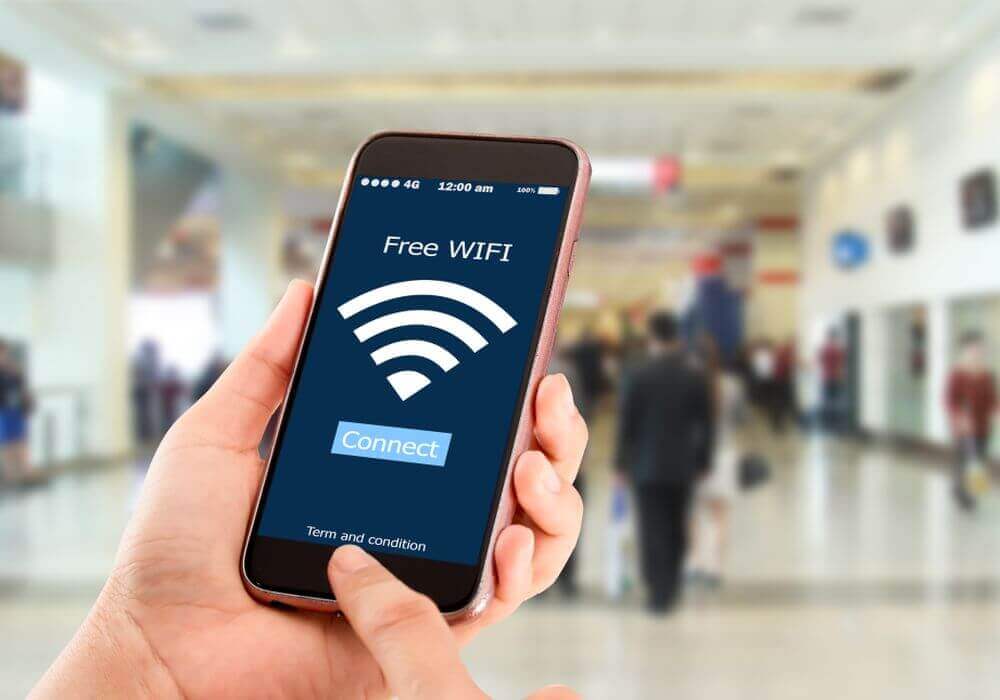 As a new arrival to the Indian Internet space, Delhi-based Linq has introduced a free WiFi connect and Internet sharing app to bring free Internet to Delhi and Bengaluru. In a media statement, the company shared that the app already has more than 60% of Delhi WiFi enabled, which means that users will be able to find Free WiFi hotspot within 500 metres of wherever they are.

The project is compliant with TRAI’s WiFi Access Network Interface (WANI) and allows users to connect seamlessly to over 10,000 free WiFi hotspots already installed. The startup envisions to give access to this basic right (of information) to anyone, everywhere.

Commenting on the development, Satyam Darmora, Co-founder, Linq said, “Today marks a big step for us as we bring this offering to the Indian public. We’re looking forward to helping people get fast, simple and secure access to all resources the Internet has to offer. With Linq, we aim to eliminate the widespread information asymmetry in our country, by democratising Internet access.”

The startup claims that with investments at less than a rupee per person, the app is revolutionary in bringing WiFi services to the masses. The company also plans to make smaller cities like Dehradun, Jaipur, etc. complete WiFi zones soon.

A user has to download the app and then through the option of ‘Get WiFi’ he can connect seamlessly and automatically to any WiFi like at railway station, metro, airports and cafes.  The startups claims that detailed information about each hotspot will include the location’s name and address and also the navigation function within the app will show the distance and direction from the user’s current location on the user’s device screen. It also enables Internet sharing through portable hotspots with specific data and time limits, without the use of expensive hotspot devices.

In July 2017, TRAI had announced plans to set up a hotspot WiFi network across the country. As part of the initiative, the TRAI will be collaborating with existing telecom companies and Internet data providers to set up “pay-as-you-go” public data offices (PDOs) in different parts of the country.

The centre of the hotspot network will be an open architecture-based WiFi Access Network Interface (WANI), whose design has already been unveiled by  TRAI. The ultimate goal is to develop a pervasive, technologically-sound, WiFi hotspot network that will help enhance data consumption among India’s price-sensitive population. The WANI framework could also enable enterprises, non-profit organisations, shops and proprietorships to establish a paid, easy-access, public WiFi point. Users will be able to access the network via a simple, one-click authentication. After paying the specified amount, they will be able to connect up to two devices during a single session.

Until recently, high-speed Internet connectivity was expensive and remained exclusive to the metros and a few big cities. The arrival of Jio’s nationwide network, however, has caused the number of India’s broadband subscribers to increase 52% in six months ending in February 2017. As per TRAI data, over 89 Mn people in this group are coming online for the first time. In April 2017, Google’s  VP for Southeast Asia and India, Rajan Anandan, said that nine out of every 10 new Internet users are non-English speakers.

At present, rural users account for 35% of India’s Internet community. According to a report of Boston Consulting Group (BCG) published in 2016, approximately 315 Mn Indians in rural areas will enjoy access to the Internet within the next three years.

Google, in particular, has been working to improve WiFi availability in India. In September 2015, the tech giant unveiled plans for free WiFi access across 400 railway stations in the country. As part of its partnership with RailTel India, the company announced WiFi availability for Mumbai Central Railway Station passengers in January last year. Later in May, it also extended the service to railway stations in Ujjain, Jaipur, Patna, Guwahati and Allahabad.

In 2013, the Mountain View-headquartered company came up with Project Loon, which entered India in mid-2016. As a part of the project, Google makes use of a flying ring of balloons to provide Internet access to remote and hard-to-reach areas, especially during disasters such as earthquakes, landslides and more.

The Indian government too is doing its part to improve data connectivity. The Indian Space Research Organisation (ISRO) launched three satellites in May 2017 with the aim of providing high-speed Internet in India. During the same period, Facebook too rolled out its Express WiFi Project in India, which will help empower local entrepreneurs to make a steady income by providing quality Internet access to neighbours. Reportedly, Bharti Airtel has also joined in to help launch another 20,000 hotspots in the country.

Vodafone India launched SuperWiFi with a slew of features and benefits for enterprises.The service is currently targeted at segments such as corporates, government, hospitality, education, BFSI, retail, restaurants, healthcare and manufacturing.

A report titled ‘Mobile Internet in India 2017’ estimates the number of mobile Internet users in India to reach 478 Mn by June 2018. With such huge number of users relying on Internet, which had seen trajectory movement, Lynk has a huge market to address.