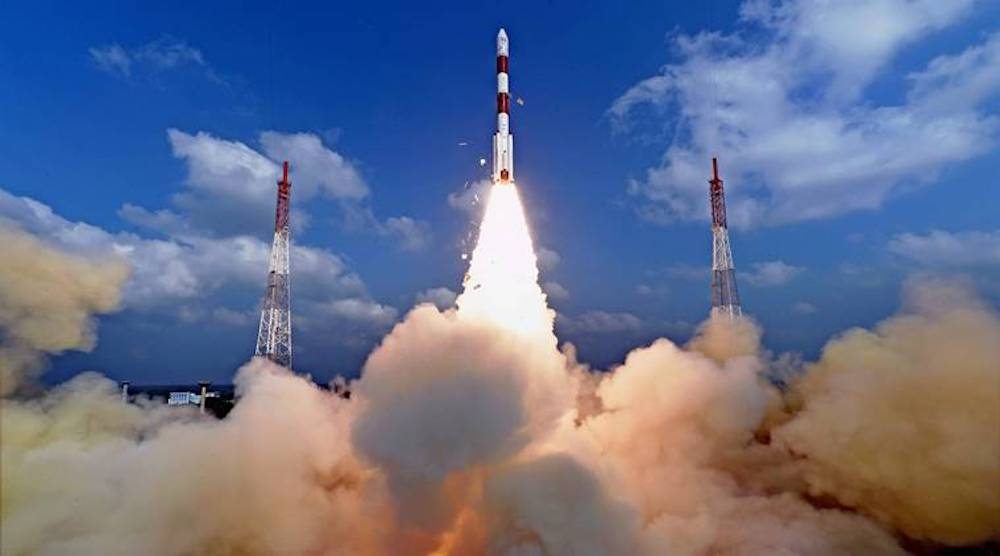 The Indian Space Research Organisation (ISRO) has announced to launch three satellites with an aim to provide high-speed Internet in India. Reportedly, the first satellite GSAT-19 will be launched in June this year, while the other two – GSAT-11 and GSAT-20, will be launched thereafter.

As stated by ISRO Chairman Kiran Kumar to TOI, “GSAT-19 will be launched by GSLVMk III, ISRO’s next-generation launch vehicle boosted by an indigenous cryogenic engine that is capable of carrying a four-tonne satellite to the geosynchronous transfer orbit. These satellites will use multiple spot beams (a special kind of transponder that operates on a high frequency) that will increase internet speed and connectivity. These multiple spot beams will cover the entire country.”

The traditional satellite technology requires broad single beam to cover wide regions and is able to transfer data at 1 Gb/per second. GSAT 19, on the other hand will be able to provide a speed of 4 Gb/per second – the idea being the narrower the beam, more is the power.

Tapan Misra, Director of Ahmedabad-based Space Application Centre, further added, “This (GSAT 19) satellite will use eight beams. GSAT-11, which is heavier than GSAT-19, will be launched by the year-end and will use 16 beams. It will be able to transfer data at the rate of 13 GB/per second. GSAT-20, whose launch is set at the end of 2018, will use 40 beams. Each beam will have two polarisations, which will effectively make them 80 beams. This satellite will have data rate of 60-70 Gb/ per second.”

According to an Internet and Mobile Association of India (IAMAI) and market research firm IMRB International report, the number of Internet users in India is expected to reach 450 Mn by June 2017. Around 750 Mn rural population still remains unconnected and offers wide potential if approached properly.

While this is an expensive government owned project, off late, the local Internet service providers in India as well as global tech giants have been striving hard to make available connectivity and high speed internet with the resources at hand.

Recently, Facebook rolled out its Express-Wi-fi program in India in partnership with internet service providers like BSNL, Bharti Airtel,  and more. The project aims to help more people get online. Anyone can run an Express Wi-Fi hotspot, which means entrepreneurs across the country can offer their communities faster and more affordable Internet. Google has come up with Project Loon in 2013, which entered India in mid-2016. Here, Google makes use of the flying ring of balloons to provide internet access to the earth below.

As of February 2017, ISRO has launched 225 satellites,including 180 foreign ones using indigenously developed launch vehicles like SLV, ASLV, PSLV and GSLV. ISRO also holds the world record for launching the most number of satellites, 104, in a single launch.