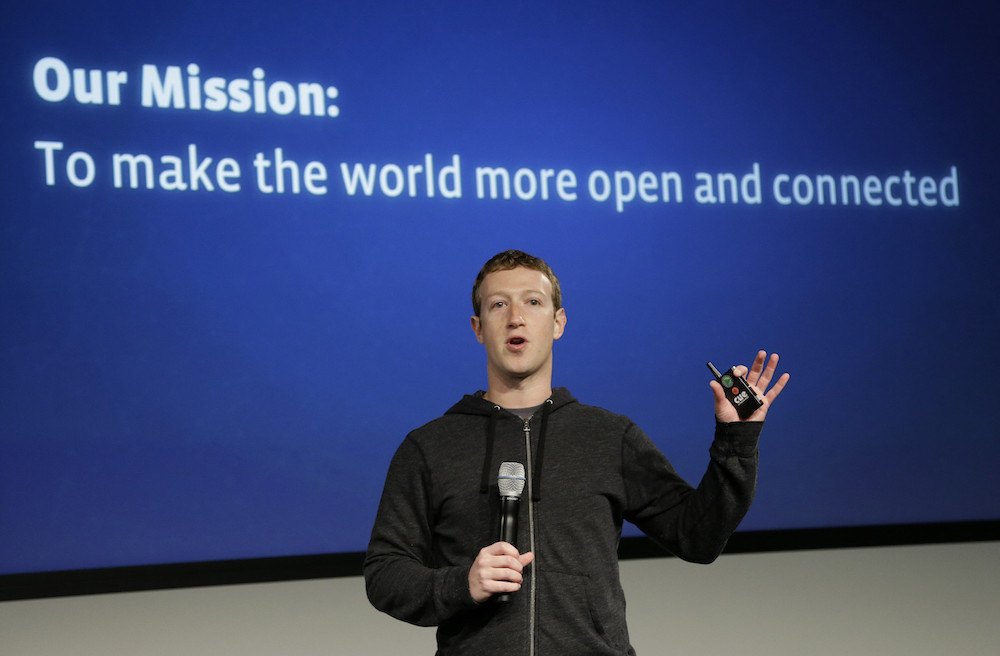 FILE - In this Thursday, March 7, 2013 file photo, Facebook CEO Mark Zuckerberg speaks at the company's headquarters in Menlo Park, Calif. Facebook wants to get more of the world's more than 7 billion people online through a partnership with some of the world’s largest mobile technology companies. Facebook Inc. announced a partnership called Internet.org on Wednesday, Aug. 21, 2013. (AP Photo/Jeff Chiu)

Facebook has finally rolled out its Express Wi-fi Project in India, as announced by Mark Zuckerberg in his Facebook post. Globally, the service is already live in Kenya, Tanzania, Nigeria, and Indonesia.

It further states, “Express Wi-Fi is one of our projects to help more people get online. Anyone can run an Express Wi-Fi hotspot, which means entrepreneurs across the country can offer their communities faster and more affordable Internet.”

As mentioned on the Facebook Internet.org webpage, the Express Wi-Fi Project aims to empower local entrepreneurs to help provide quality Internet access to their neighbours and make a steady income. Earlier in November 2016, reports also surfaced that Facebook was testing the waters for pushing its Express Wi-Fi project in India. As stated on the company webpage, “Express Wifi is live in India and it is “working with carriers, Internet service providers, and local entrepreneurs to help expand connectivity to underserved locations around the world.”

A video has also been released showcasing an entrepreneur Rohit, who, after adding Express Wi-Fi to his family’s restaurant he could serve a lot more students these days, and they’re staying for longer.

Mark stated, “We’ve helped connect more than 50 million people to the Internet through programmes like this, and we’re looking forward to hearing more stories like his.”

Reportedly, Bharti Airtel has joined in as the fifth partner in the initiative to help launch another 20,000 hotspots in the country. “The project already had four Internet service provider partners including AirJaldi in Uttarakhand, LMES in Rajasthan, Tikona in Gujarat, and Shaildhar in Meghalaya. They are providing 700 hotspots through 500 local entrepreneurs,” said Munish Seth, Head of Connectivity Solutions, Facebook Asia Pacific in an official statement to Indian Express.

He further explained, “The services are priced by the Internet service providers, who will also recruit the entrepreneurs. Facebook, on the other hand, provides the software and network architecture along with analytics.”

Facebook attempts to provide the world’s unconnected population with a reliable and low-cost Internet connectivity is not new. In August 2013, Mark came up with internet.org in partnership with Samsung, Ericsson, MediaTek, Opera Software, Nokia and Qualcomm – with plans to bring affordable access to selected Internet services to less developed countries. In September 2015, the app delivering these services was renamed Free Basics and by December 2015, it claimed to have connected 15 Mn people, of which a million were from India.

However, Facebook failed to capitalise on this initiative in India when it faced people’s thrash over the issue of Net Neutrality and India banned the Free Basics App in February 2016.

Apart from Facebook, Google has come up with Project Loon in 2013, which entered India in mid-2016. Here, Google makes use of the flying ring of balloons to provide internet access to the earth below.

With the recent launch of Reliance Jio in India, the country’s mobile and Internet penetration has already seen a shift as the company works aggressively towards reaching even rural corners. Also, there has been no clear picture given by Facebook on whether Express Wi-fi will be a part of its Free Basics programme or will provide the full access. It is a smart move by the company to deeper penetrate the Indian mobile-savvy population, but how much will it taste success remains to be seen.