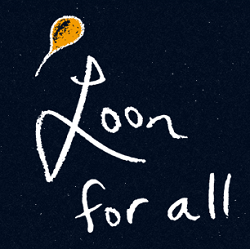 Google’s floating balloon powered internet project called Project Loon which aims to provide internet in rural and remote areas has been approved by Indian government. In India, BSNL would probably be partnering with Project Loon and is said to be offering 2.6 GHz broadband spectrum. Project Loon is a network of balloons traveling on the edge of space, designed to connect people in rural and remote areas, help fill coverage gaps, and bring people back online after disasters.

The service has been tested in the US, New Zealand and Brazil. Project Loon, which is run by Google X Labs and started in 2013, uses big balloons floating at a height of 20 km above the earth surface for transmission of Internet services. Google has been using solar panel and wind to power electronic equipment in the balloon throughout the day. They would establish a network among themselves and transmit signals to the ground.

This is somewhat similar to the 4G technology, also known as LTE. However, this one would require no towers as each balloon would cover about 40 km diameter to beam 4G signals. Each balloon has a capacity to float for around 6 months. Google here will be playing the role of an enabler and not the ISP.

An official source from the Mountain View based company told PTI, “Google approached the government to set up the Loon project and drone-based Internet transmission. Government has approved testing of Loon project only as of now. A committee under chairmanship of Secretary, DeitY, has been formed to work on it.”

Though the project is quite ambitious, however, it remains to be seen how promising it will be. Recently, Google also partnered with Indian Railways to launch a new project under the code name Project Nilgiri, that will deliver free Wi-fi access to around 400 railway stations across India. Google will be using the Google Fiber project, that’ll provide high speed internet connection for the travellers.

Facebook also has similar plans of providing Internet through flying drones. In his recent visit to Delhi, Mark Zuckerberg had stressed on Facebook’s mission to connect everyone in the world, which cannot be done without the second biggest country in the world i.e. India contributing to the cause.